So far, it has only been the second book in the Chronicles series for The Hobbit that I have actually pre-ordered from Weta in order to get a signed copy. It was a year ago that this book, The Hobbit: An Unexpected Journey, Chronicles: Creatures & Characters, came out. At last I've been able to read it. (Click here for my thoughts on the first book.) 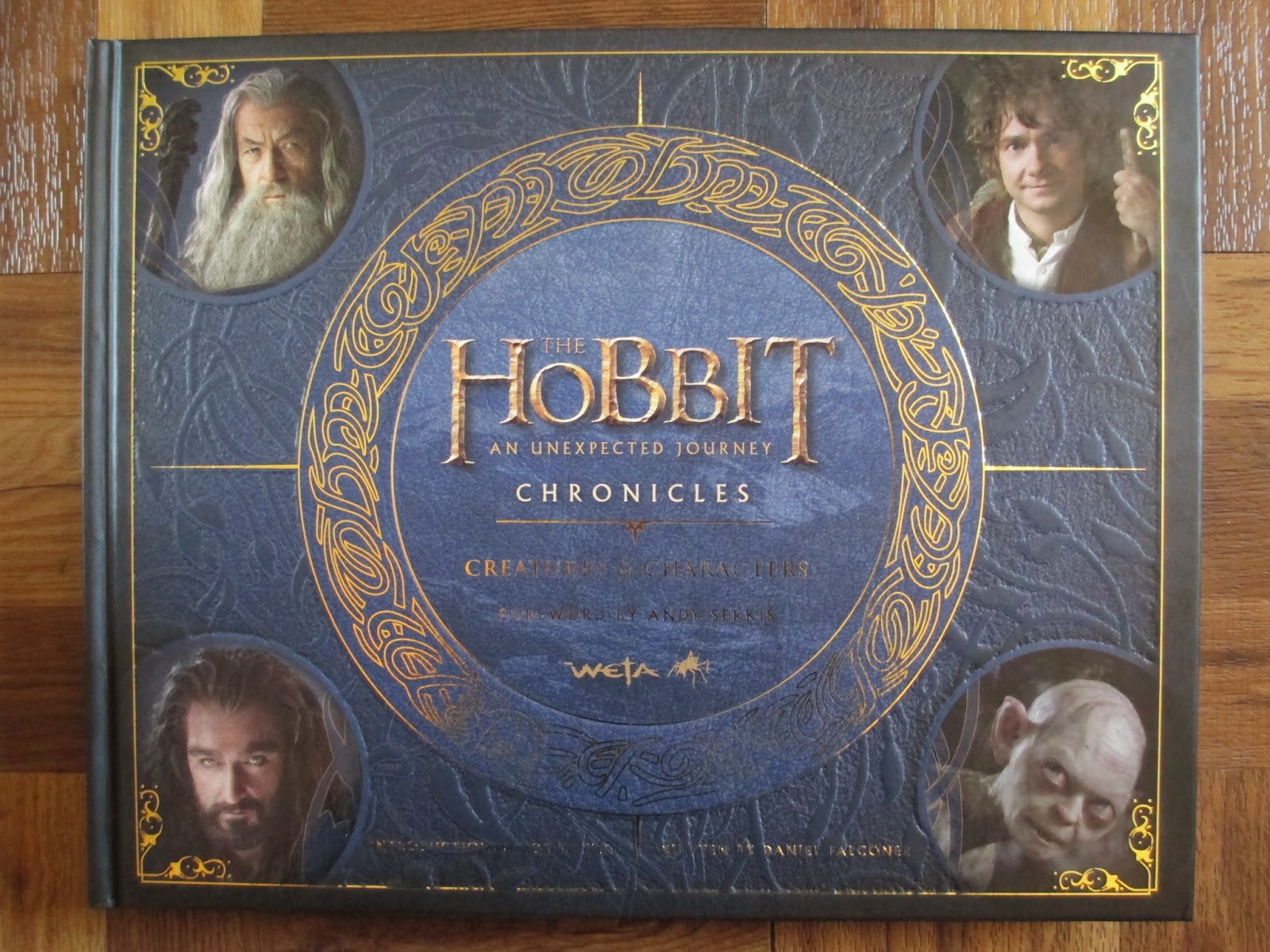 The signatures on my copy, left to right and top to bottom, are: Kevin Smith, Daniel Falconer, Jason Docherty, and Mark Gee. Four signatures, not just one or two. Thank you very much, everyone. 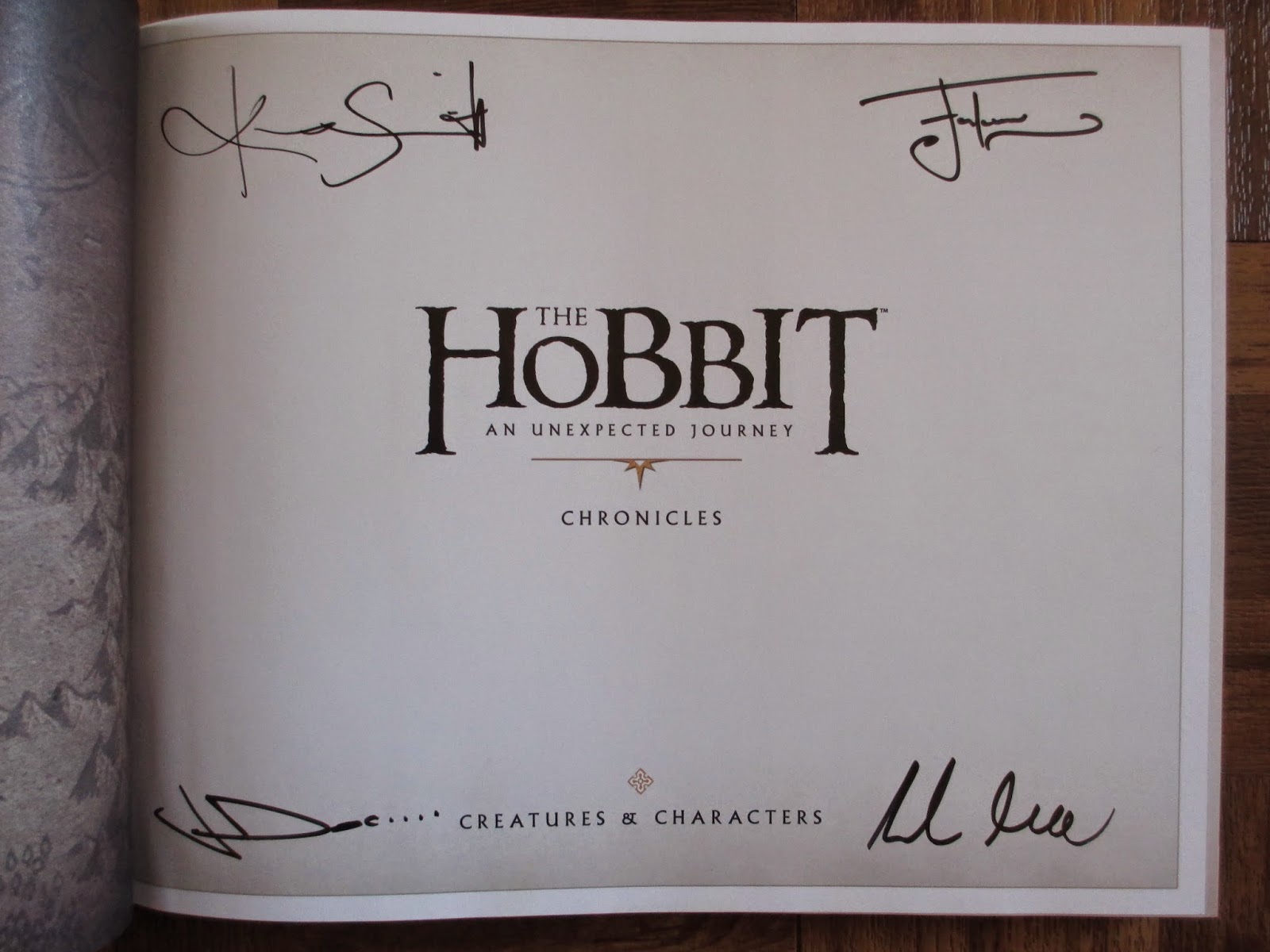 While the first book was more about concept art, this tends more toward makeup and digital work, along with dialects and stunts. So the imagery is more about production photos, maquettes, a little pre-viz, and digital characters. Although Daniel Falconer's intros for each section were generally shorter, the quotes tended to be longer, making this book feel even more in-depth than the first. Maybe it's just that there are a lot of technical aspects described in here, and those tend to need more words. If you're not seriously interested in learning about what the talented team did on these movies, you'll easily get bogged down.

For me, though, it was mostly fascinating to read through all of this, even if I had to go slowly at times. There are, for instance, so many dwarves that the dwarf section can seem to go on forever (and I think they all delighted in grossing me out with so many goblin pictures). It also probably helps that I've been trying to wait until all three movies are out to buy them together, so I haven't really watched much in terms of behind the scenes. It's kind of nice to read it all versus watching it. And as with the first book, of course, we're getting all our information firsthand through quotes from the various team members who worked on these films. That firsthand aspect is really, really wonderful to have. So I'll say no more about this gift of a book. I'll take another break before beginning on the third in the series.

Posted by Deanna Skaggs at 3:23 PM

Labels: An Unexpected Journey, Chronicles, Creatures and Characters, The Hobbit