Salty chocolate is one of the trends I'm starting to get tired of. But I do love salt and I do love chocolate, so I decided I might as well try one of the bars from World Market's "Exotic Collection of Sea Salted Chocolate." Goodness, "exotic." I should get out my Jules Verne volume for a background then, eh? 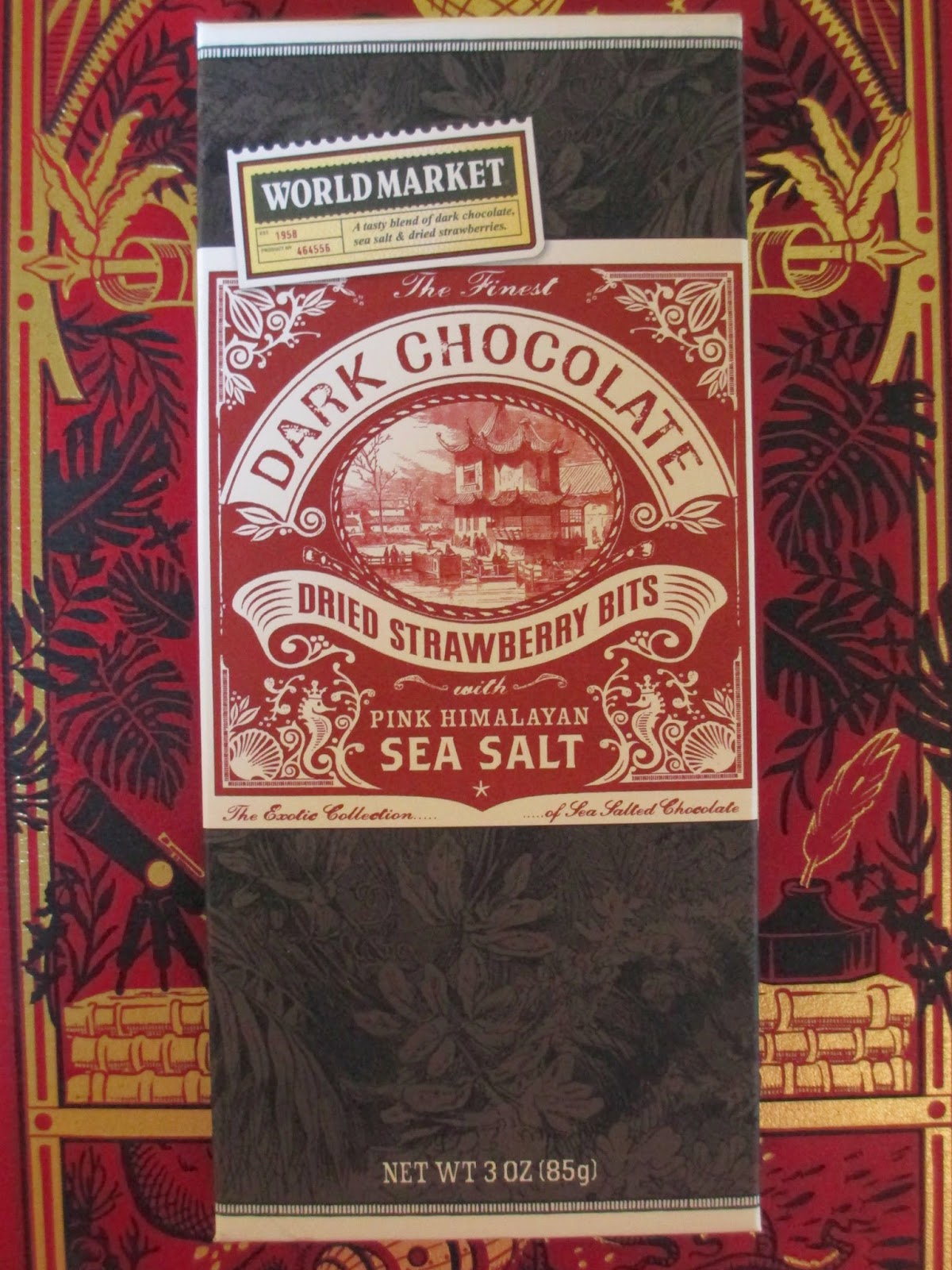 This bar is possibly slightly overpriced for its 85 gram size that is in the shape of 100 gram bars. But it's in a pretty card box instead of the simple wrapping of World Market's standard range, so it's pretending it's fancy. And, yes, the ingredients list isn't full of fillers--the worst item might be the strawberry flavor that accompanies the freeze-dried strawberries, and even that could be natural and not artificial flavor. So this isn't going to work out to be a downright terrible quality bar of chocolate. The question is just whether or not it's going to be very nice. 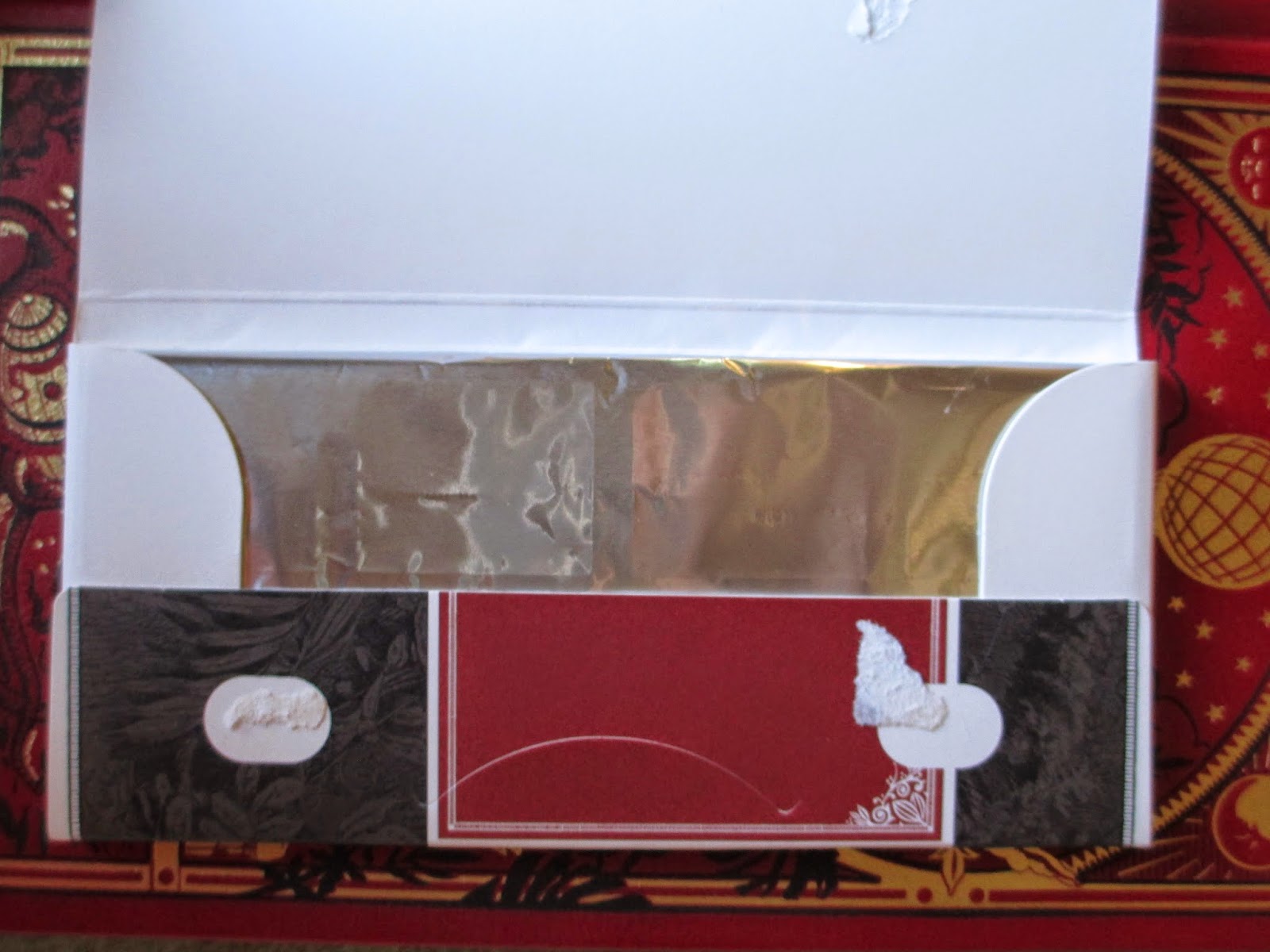 The box folds out to an envelope, from which I wanted to slide out the bar. Instead, however, I had to pull on the glue marks once more to lift away the other cardboard flap and free the chocolate. World Market has used their standard mark and eight piece shape. The look is rather reminiscent of Ghirardelli, come to think of it. But Ghirardelli keeps to a simple standard that tends to work--while World Market tries to provide copies of quality chocolate with different flavor pairings that don't always come over flawlessly. 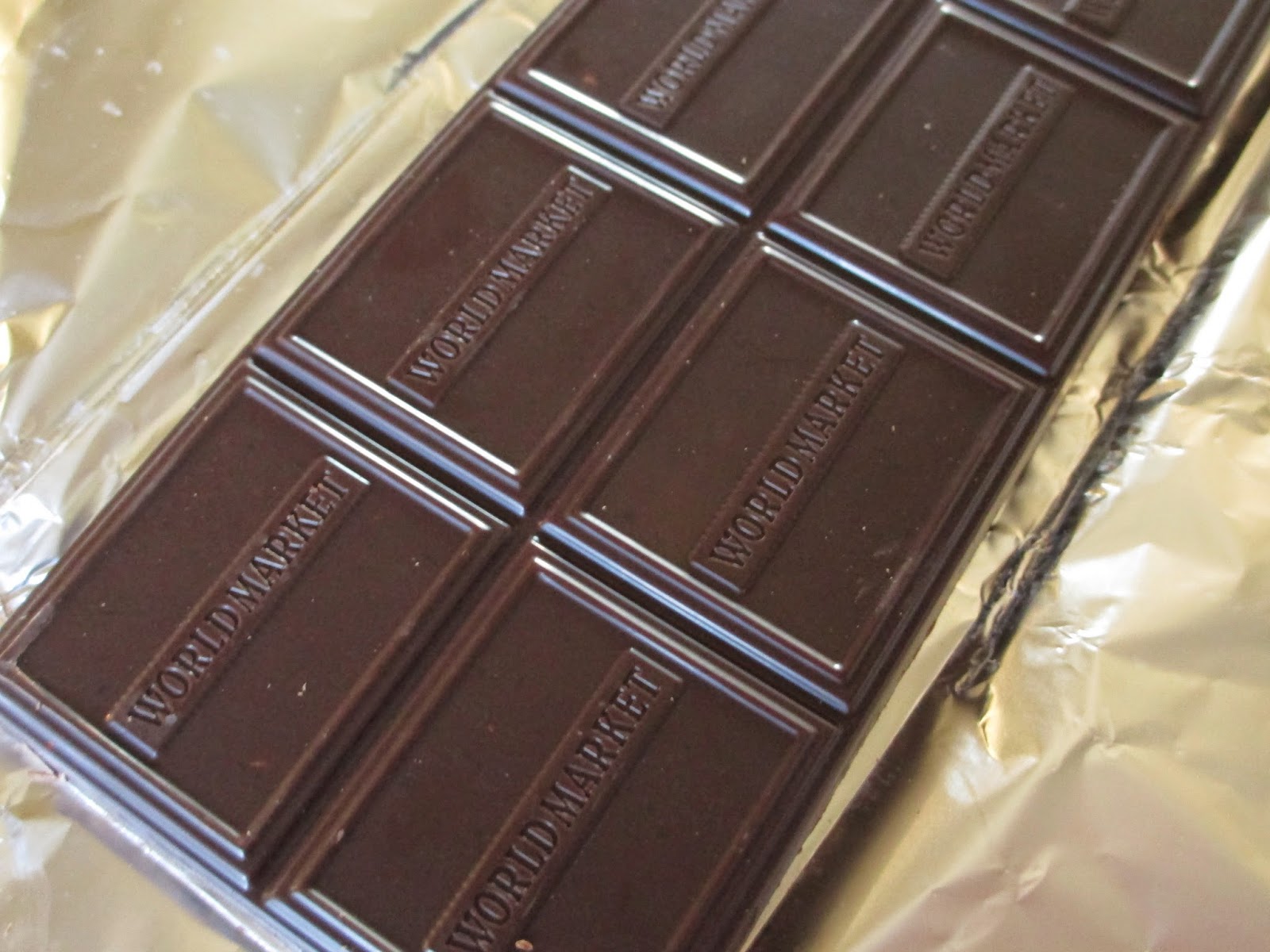 The Dark Chocolate Dried Strawberrry Bits with Pink Himalayan Sea Salt bar does, in fact, appear very dark in color. It's a dark brown, almost black. But this being World Market, I wouldn't expect it to be any higher of a cocoa percentage than 75%. And, indeed, for all its dark color, it's a fairly sweet dark chocolate. I almost wonder if it's below 70%. Perhaps not. After eating a full square (which is around three pieces for me), I lose interest in the chocolate part of this bar. It's too lukewarm, sweet of a dark chocolate, with no texture of layered flavor. 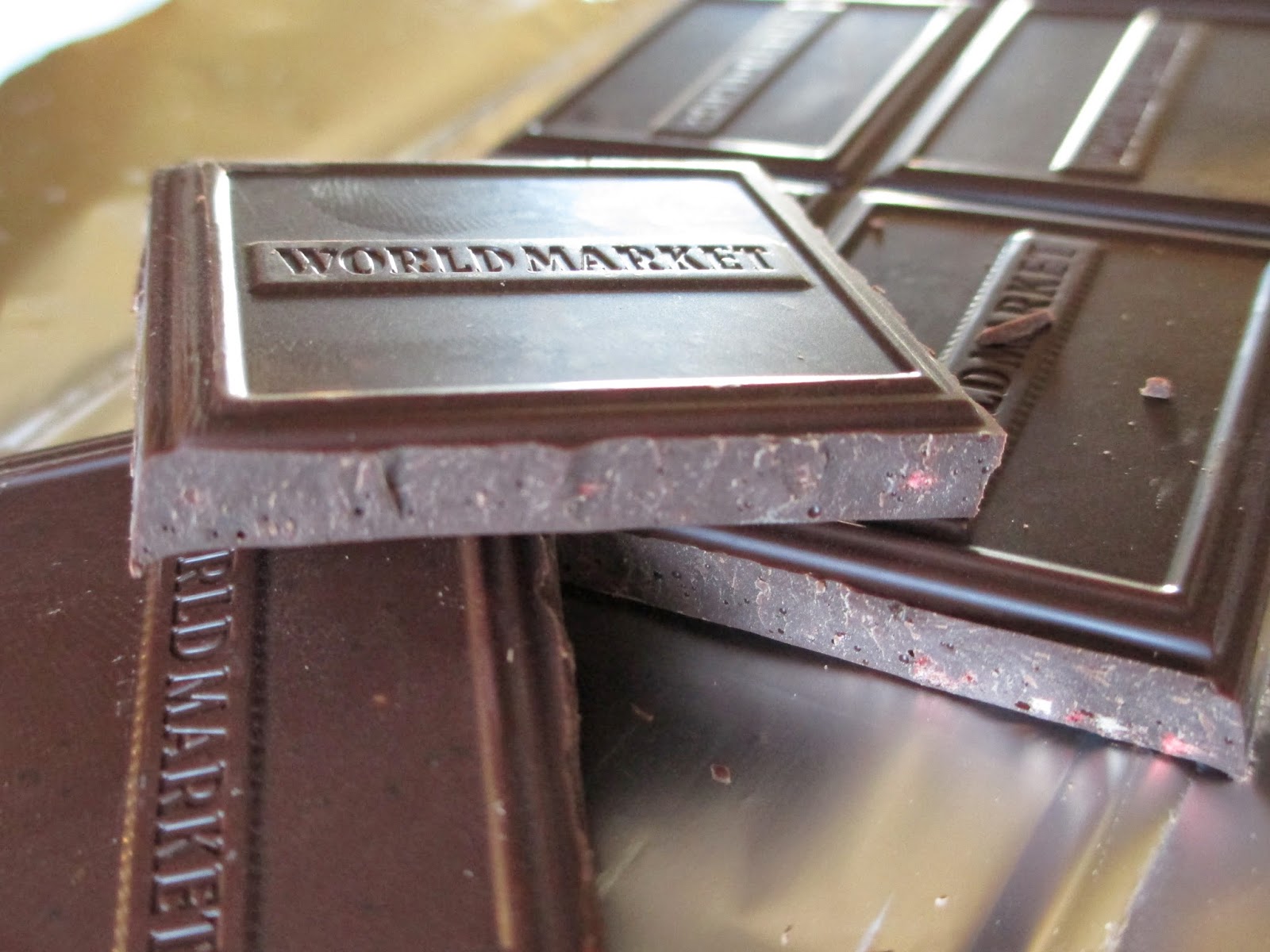 The chocolate aside, what's interesting about the added flavors is that the salt is pink Himalayan. Himalayan salt has been in fashion lately; I've been using it (but I started using the Himalayan salt lamps some time ago; they're so pretty). And I'm thinking that it's particularly well-suited to chocolate. When you first taste straight Himalayan salt, it doesn't taste very salty; then you get used to it and don't notice anymore. And since I've been getting tired of chocolates shoved full of salt, maybe this lighter flavor is a better idea. This isn't to say that World Market is the first company to use pink salt; I don't think it's the first time I've even had it in chocolate. But it's certainly a less common route. This also isn't the first time I've had salt and strawberry together in chocolate, but the other time was so long ago that it might as well be. 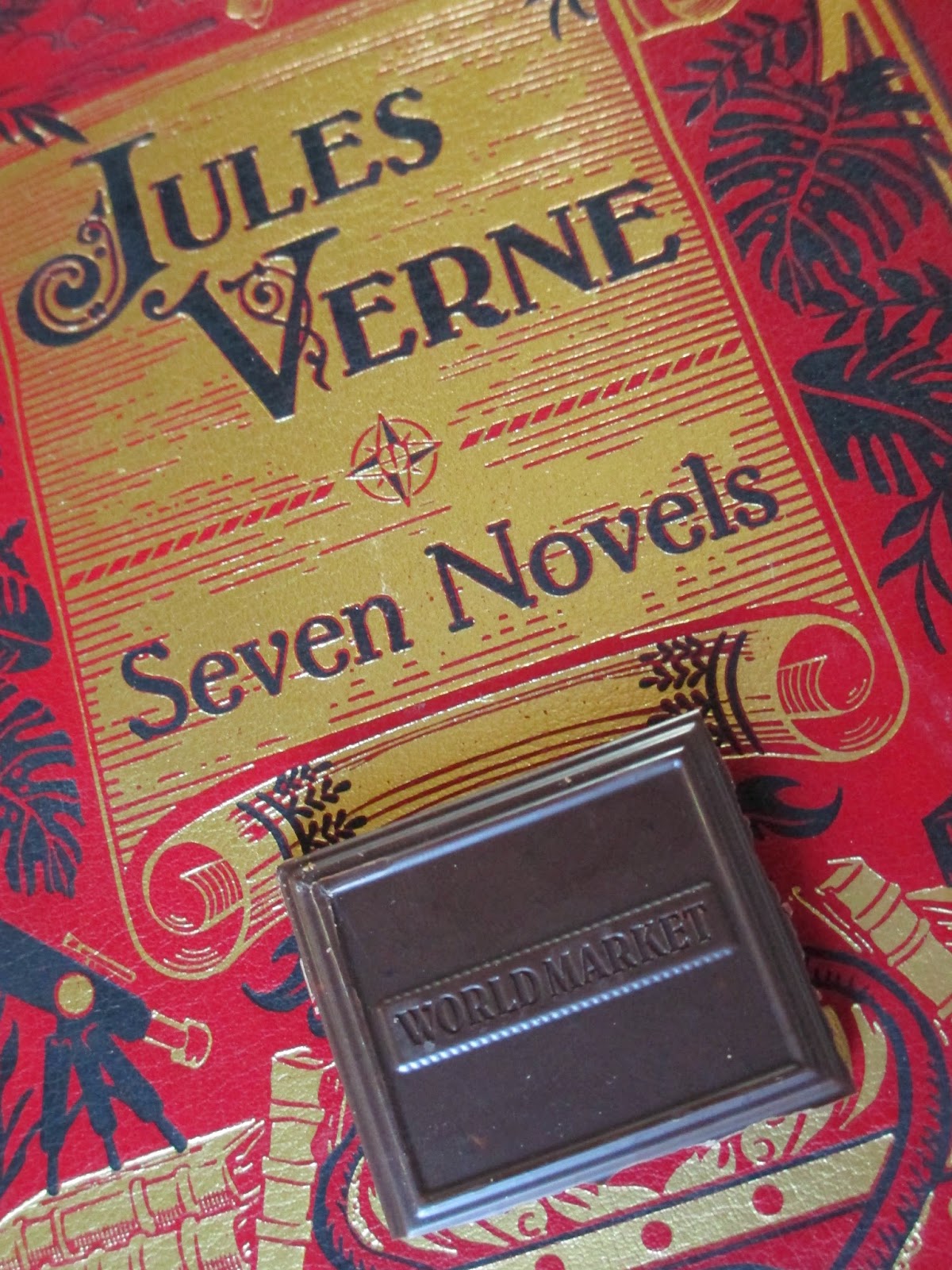 Somehow I can't taste the strawberry much. I can see the little strawberry pieces, but I can't taste them all the time. The salt isn't horribly salty, so I'm not sure I can say that it's just a matter of the salt overshadowing the strawberry. I think it's more a case of the sweetness of the strawberry siding with the sweetness of the chocolate. If you look for the strawberry flavor, you can find it. But if you're not thinking of it, the salt comes to mind first. In fact, it's a rather interesting exploration of sweet and salty--or sweet and sour, if you will. It's pleasant. I only wish that the chocolate backdrop were a tad more developed; it would make the experience as a whole rather richer.

Posted by Deanna Skaggs at 5:13 PM