Some years ago, I reviewed a different yerba maté tea that included chocolate; what was most disappointing there was the inclusion of sweetener--stevia or something like that. Sugar usually tastes weird in tea to me because I don't normally put sugar in tea, but any other kind of sweetener just tastes bad. And in a tea that you brew at home, I just don't get the point in it having sweetener: if people want sweetener, they can add it themselves. So the first thing I checked when I saw this box of Tazo tea was whether or not it had any such ingredient added in. 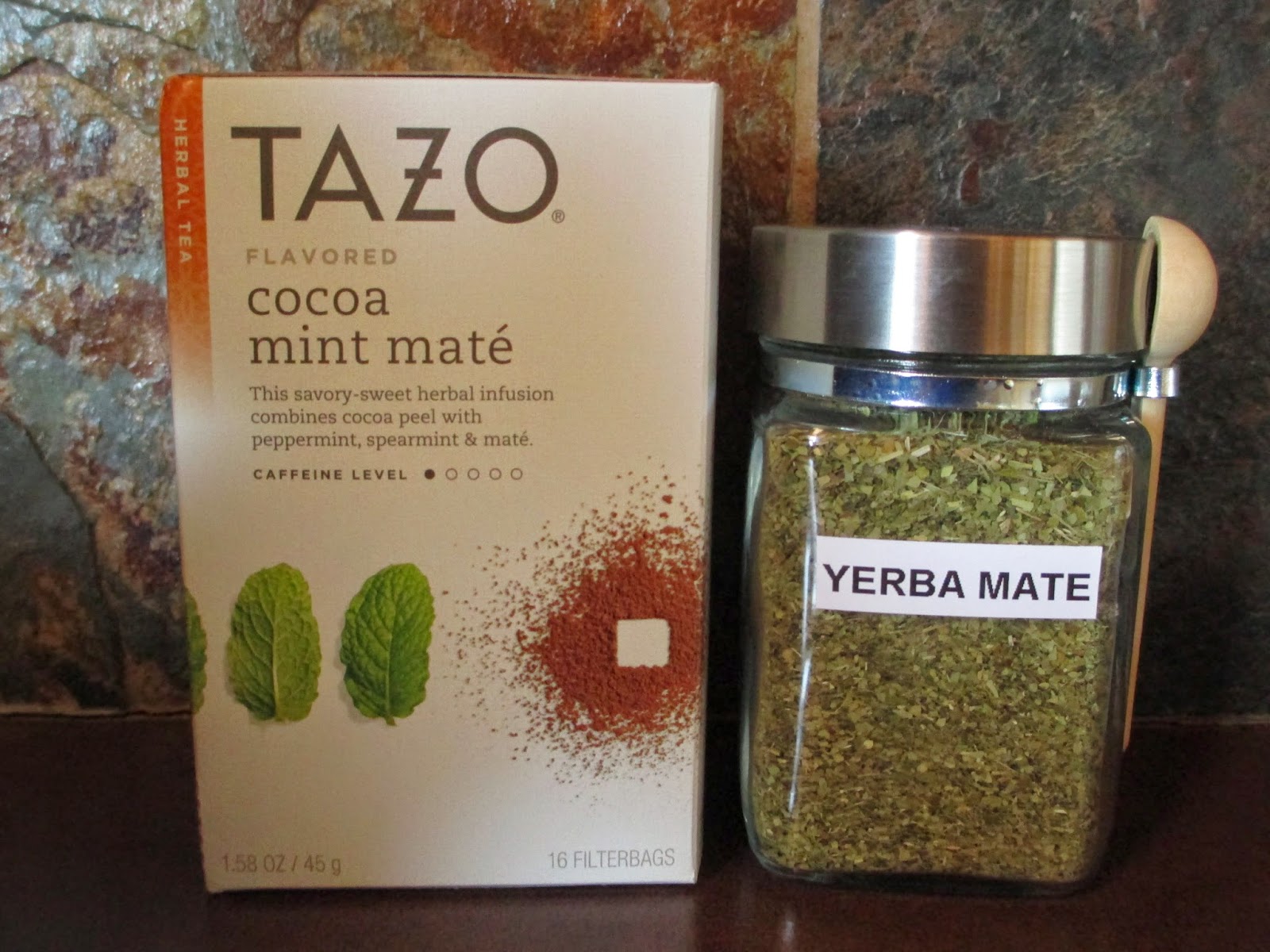 There is no stevia or sugar or anything like that. So I bought it. But I knew that I would probably have a problem with the licorice root, which has about the same weird impact on the flavor for me as stevia does. The full ingredients are: cocoa peels, yerba maté, peppermint, honeybush, natural flavors, spearmint, licorice root, vanilla extract. Essentially it's a strong green tea blent with cocoa, mint, and a hint of sweetness. I don't know how to describe maté if you've never had it: it's more robust than a basic cup of green tea, but has the same basic flavor profile, I suppose. I buy it loose. 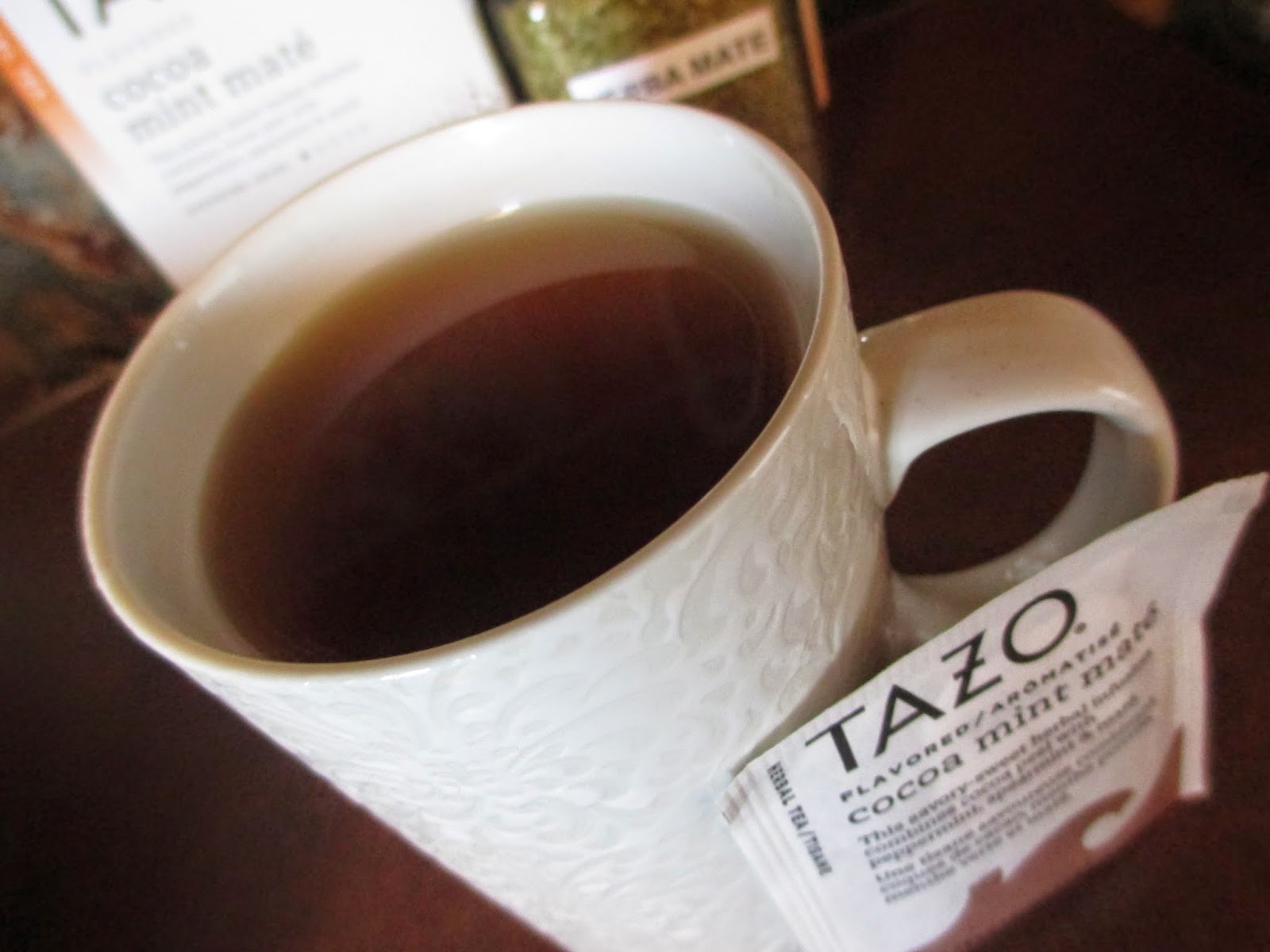 Because I've described this tea as robust, you can see why it would be suited toward blending with chocolate. And because of the chocolate, the tea isn't green in color, but a light brown--depending on for how long you brew. Brewing on the long side is better. Hot or cold works. The first flavor I get, just because I find it so near detestable, is the licorice, paired a tad with the mint. As this is, I probably wouldn't buy this tea again. The licorice isn't so bad as stevia, but it's annoying enough: I would enjoy this tea so much better without it. For the tea really is rather nice for an awakening spring day. The cocoa and vanilla make it feel sweet, the mint adds texture, and the maté provides a non-imposing yet still grounded base for it all. Given the nature of these ingredients, it's also an enlivening tea. (Yerba maté is more of a waking up than a sleepy time tea.) Although I'm not planning on buying more, I will definitely enjoy the rest of the box.

Posted by Deanna Skaggs at 3:51 PM