So is this the kind of thing rich kids grow up with? BabyLit? "A fashionable way to introduce your child to the world of classic literature." This is not an abridged version of Jane Eyre, but rather a counting primer under the header of "Little Miss Brontë." The text is by Jennifer Adams and the illustrations by Alison Oliver. 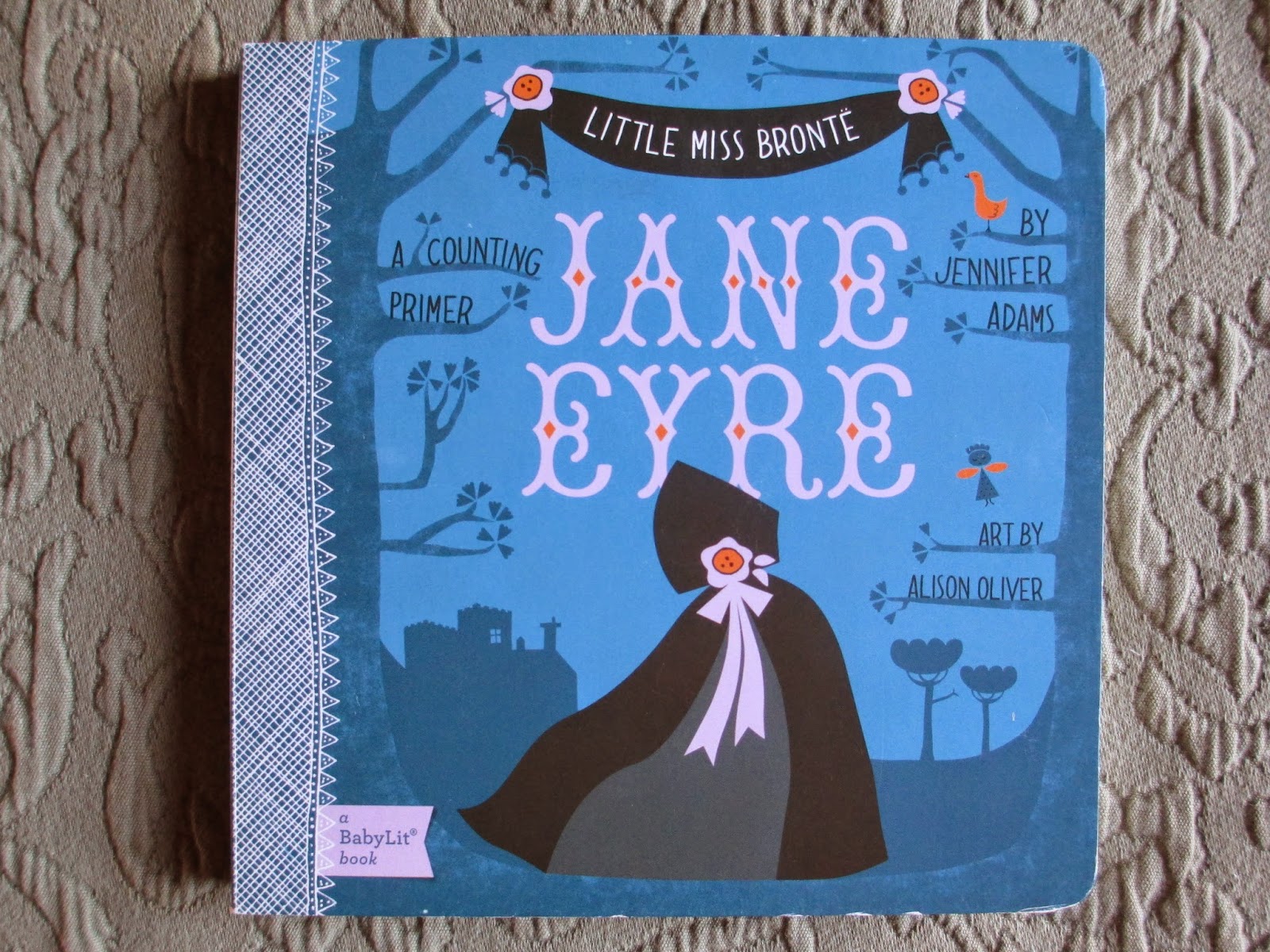 The little blue book has twenty pages. On the left is the number and the thing(s) that it describes; on the right is a picture of whatever you're supposed to count. It starts off with one governess and goes on to count things like the towers of Thornfield Hall, the chalkboards that Jane uses to teach Adele, and the pearls that Rochester gives to Jane. It's strictly a counting book with no plot, but by using familiar things from Jane Eyre, it is almost like an extremely abridged version of the story--if you already know the story, that is.

If you don't, then once you finally read it or watch a movie version of it, some of it will already be familiar. And that is, it would seem, the intention of this book series--to get children familiar with the characters and places of these classic stories. It's strange that something so very simple as a counting book can still bring back memories of one of my favorite books.