The Doctor Is Gone

It's been one of those weeks where I don't know if I've been really busy or just haven't been doing anything at all. Time just keeps on passing and passing.

I'm also a bit sad. Partially. Partially sad. Only sad about one thing: I've finished all of the First Doctor's episodes. 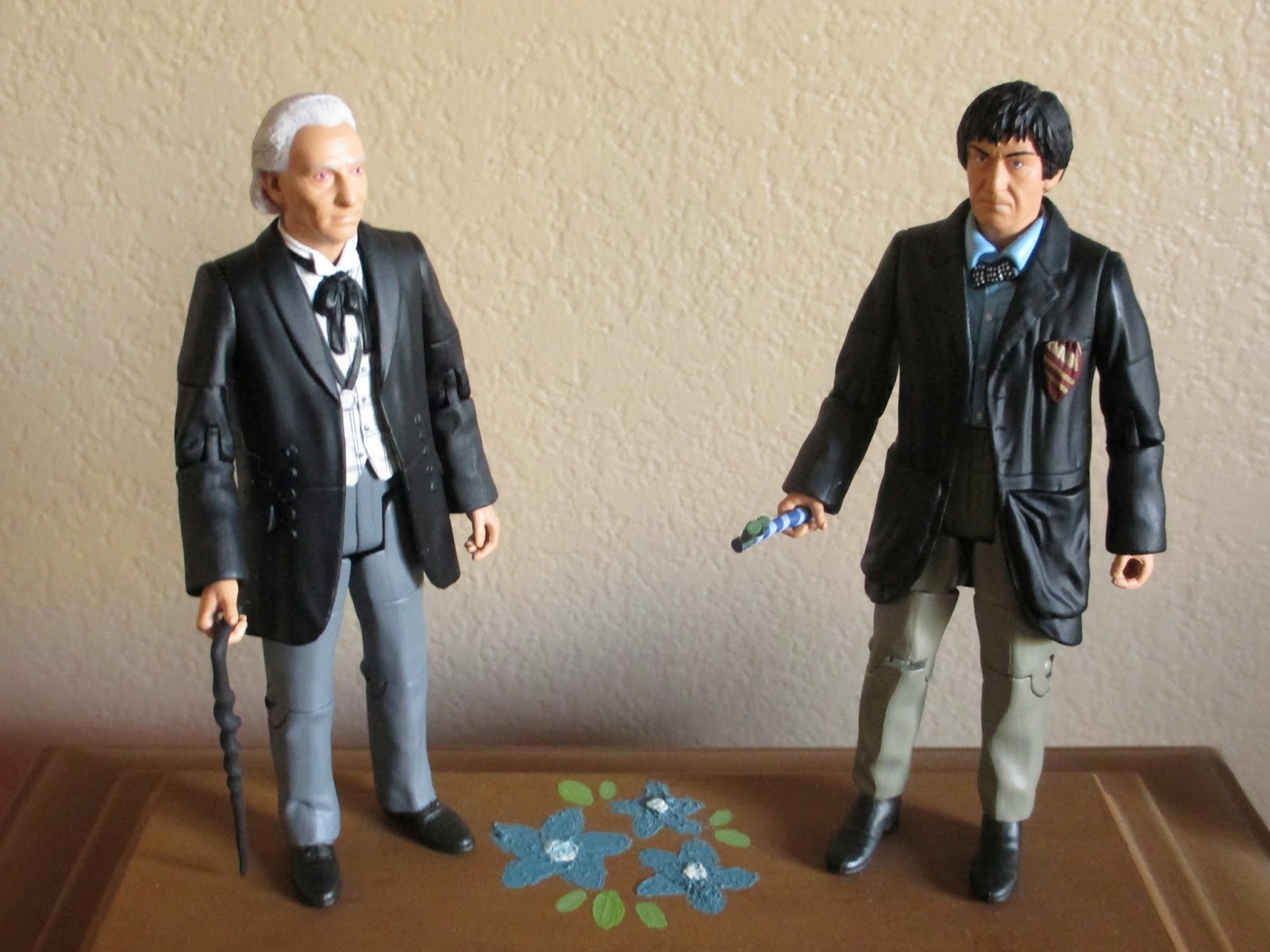 Although I have the boxed set of the eleven Doctors' action figures, I decided to only remove each one when I started watching each character's episodes. That's why the pictures I posted earlier had the odd collection of the First, Ninth, Tenth, and Eleventh Doctors. (I also keep going back and forth on whether or not to capitalize the numbers--what's the standard?) Who is this Second Doctor? I don't even know what his accessory is, if it's an early sonic screwdriver or something else.

Back to William Hartnell. When I say I've watched all his episodes, I of course mean that I've watched all the ones that are available through Netflix and Hulu--I haven't hunted out audio recordings or anything like that. It is tragic that there are so many missing episodes . . . I always like to watch everything, and this time I literally can't.

What is strange right now is that the phrase "Classic Doctor Who" always was synonymous with William Hartnell to me. When I watched the new series, there were three (or four, if you count the War Doctor) actors. But when I watched the old episodes, I was always watching William Hartnell. He was the Doctor of "then"--of the past. Having so many decades in between, it really was sometimes as if they were two different shows, or at least the same show within alternate realities. When I first saw the TARDIS in the pilot episode, or the first appearance of the Daleks, it was like seeing something familiar, but also something in a completely different context and atmosphere.

Everything was the same. A mad man in a box. Time travel to anywhere and any time. But everything was different. Black and white, slower pacing, more historical episodes, a different relationship with the companions (a little more distance, I'd say). Then there is that comparison with Matth Smith. Where the Eleventh Doctor, as they said, is old trying to be young, the First Doctor is younger trying to be important. He is important, smart and quick-thinking and all--but more in the tradition of the daft inventor/professor/scientist. He's like the best of the professor in Journey to the Center of the Earth.

I really grew quite fond of the First Doctor. That closeness to old traditions, plus the turn of the century outfit, must have added to it. I like his little laughs and the way he admonishes his companions--and the cane. I love a character with a cane. (Mr. Gold, anyone?) He's not "my Doctor:" my first Doctor was Christopher Eccleston and my favorite is David Tennant. But he's the First Doctor. Yes, I found a few of the episodes boring, but I also really enjoyed many of them. (I do tend to be fond of TV from the sixties, as I often mention.) And William Hartnell was a big enough part of my enjoyment that I'm very sad to see him go, as it is always sad to see a Doctor go. Maybe I'll wait a few more days before meeting Patrick Troughton.
Posted by Deanna Skaggs at 4:08 PM