The Story of Land and Sea

I have mixed feelings about this book. Although it is entirely like me to have a complicated opinion, it seems to be all doubly complicated this time. When I was doing my birthday month exploration of Barnes & Noble last month, I happened on this book in the New Releases area. The title looked interesting, my brief glance at the summary seemed promising, and as I flipped through to read random sentences they also seemed very nice. There was something about the language that I instantly liked. It seemed like the kind of book that would be poetic, expressive, thoughtful, and strong, the kind of thing that has a point to make and makes it eloquently. It is The Story of Land and Sea by Katy Simpson Smith. 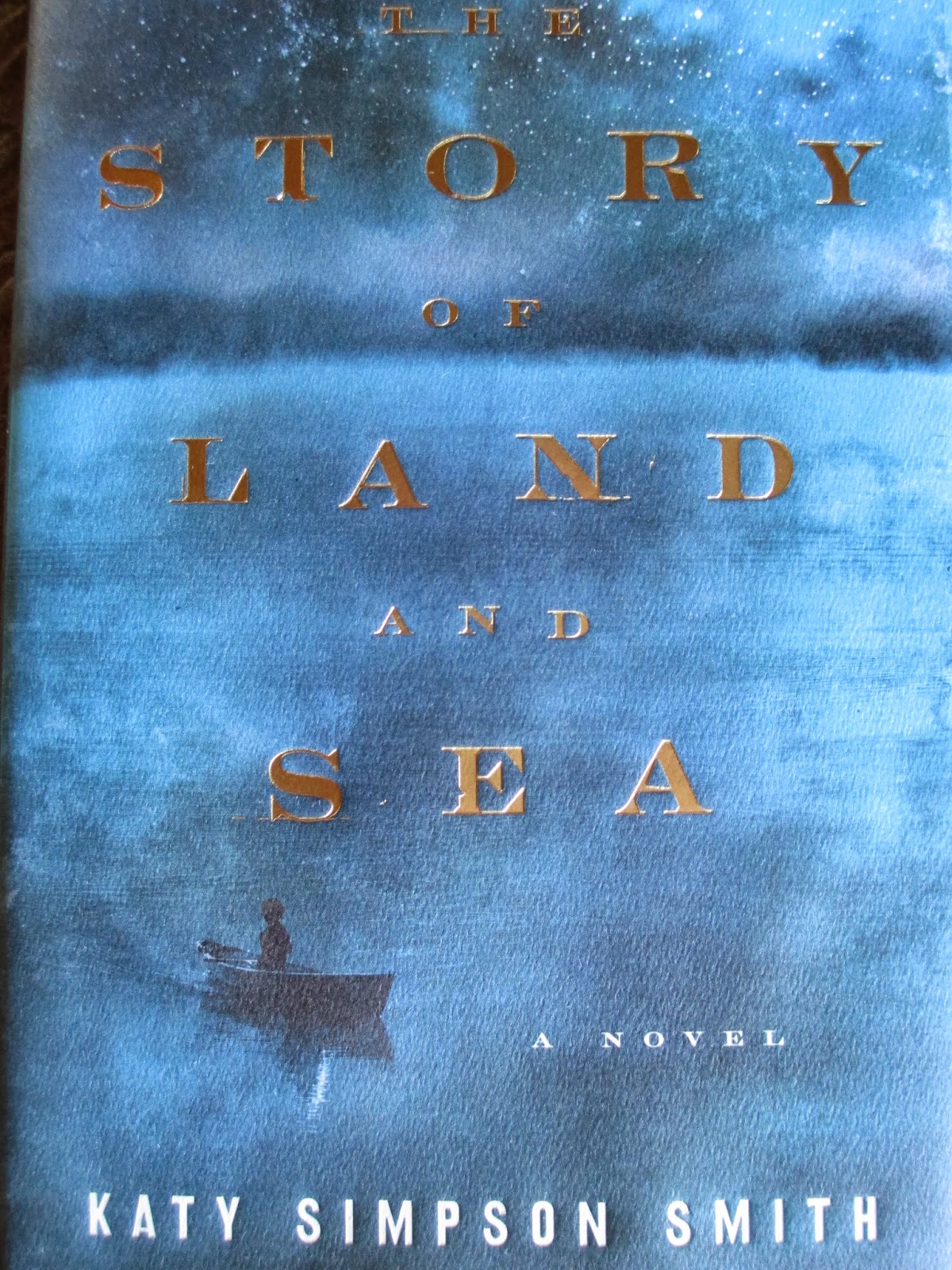 I bought a few books on this particular trip, since I had a few extra dollars to spend. So even though this hardcover came in at about $26, I thought I would splurge and get it. I was pretty excited about my new books and wanted to read them all quickly, but when I got to this one, I slowed down. The book I had been so excited about, the one I had found randomly, the one I had paid so much for, well, I didn't much like it.

You see, this book is divided into a couple of sections. And the first one is quite sad. It has a touch of As I Lay Dying to its tone and honestly, I didn't see the point in making such a sad illustration. But once you finish this part, the timeline switches by some years and the characters shift slightly, to some we have seen somewhat and to some we haven't seen yet. And along with this switch, the events become less . . . mournful. It's still a book with joys and sorrows, but after that first section, I could handle it all better. The era is Colonial America; the people are of the land and of the sea, all faced with haunting questions about life and death and eternity. Such questions about religion give it a slight reminiscence of stories like The Crucible and The Scarlet Letter.

There is such a modern sense to the flow and language of this book. It's told in the present tense, which is fairly common these days. The language is simple and yet rich in its metaphors and imagery. Simple, everyday items and events become symbols of everything great (by which I mean expansive and important, not fantastic) about life. Yet with all the modern format, it's very much sunk into the era. There are questions of class and slavery along with the religion and propriety. There are descriptions of the land, the sea, the boats, the houses, the shops, whatever it is that these people come into contact with. The characters are few, but they are all developed. As far as all of this goes, this is quite a well put together book. It is poetic and deep, just as I had originally thought it would be.

But my remaining uncertainty exists in the ultimate point and purpose. You can appreciate and even like how a book is written without necessarily liking what it is about or what it is saying. And I find myself pausing over what this book is saying. I find myself wondering what its attitude toward hope is. As I've said, these characters go through a lot, some joys but also a great deal of sorrows. So they question the world a lot. And what I wonder is, did any of them ever find hope? Did any of them ever rise above their sorrow, in the end? I believe in hope--and that makes it difficult for me to embrace a book that seems only to be commenting on sorrows and questions and tragedies. Then again, there are many books like that, many, in fact, from around the time of As I Lay Dying. So if you like those or just enjoy some good prose, I would recommend this book. But as for me, I will remain with my mixed feelings, my complicated opinion.

Labels: Katy Simpson Smith, The Story of Land and Sea