In my great enjoyment of tea, I don't usually have a preference for a certain kind. Black, green, herbal, red, white, flavored, non-flavored. I'll try them; it's nice to have a mix of different things, anyway. Every so often, I'll find myself with something from Zhena's or Zhena's Gypsy Tea. Although I was drawn to this four tier cylinder for the Chocolate Chai, I held off for a while because of the Coconut Chai. Coconut is one of the flavors that I don't normally favor. 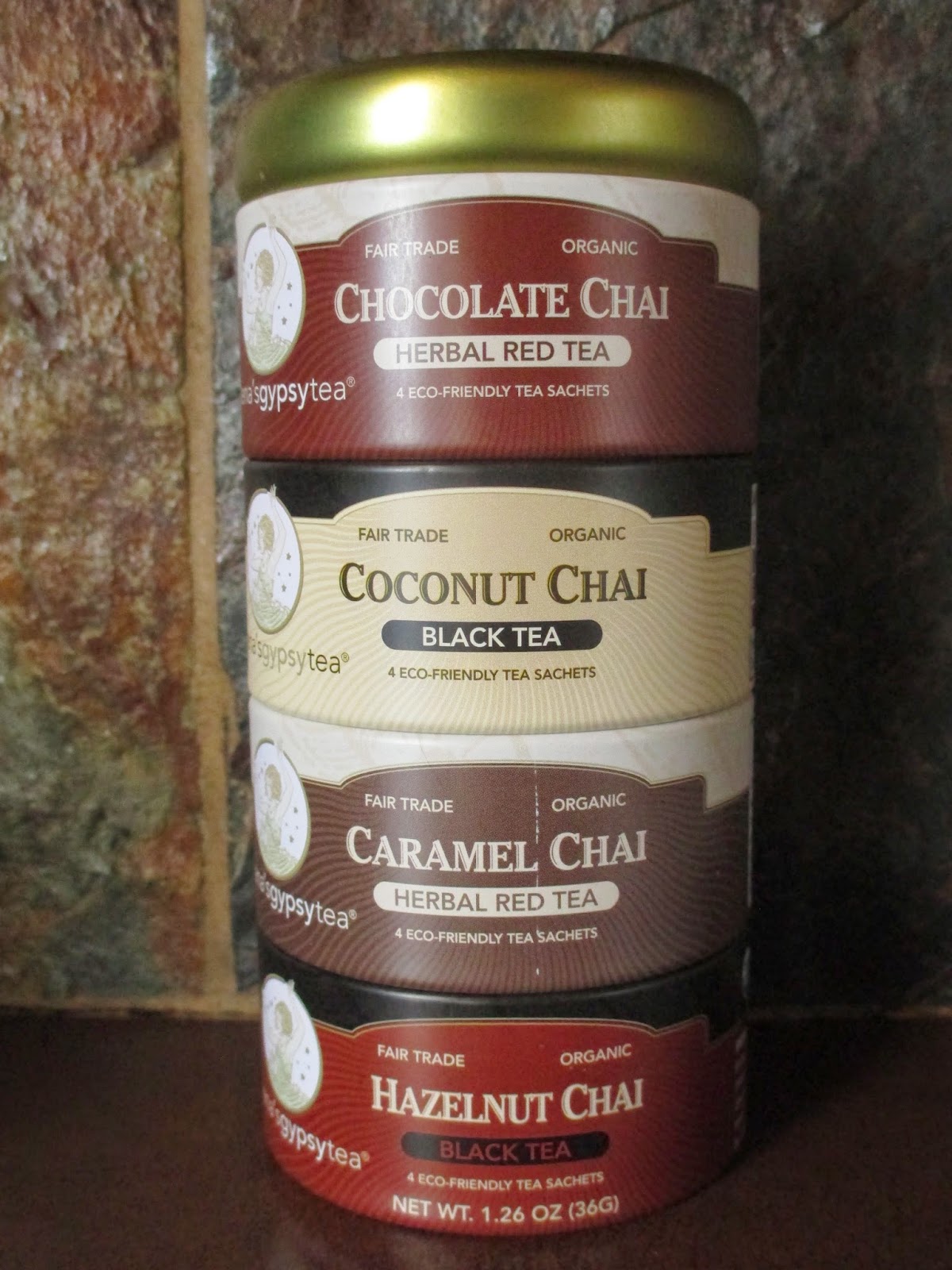 While I had thought to force the Coconut Chai on unsuspecting friends or relatives, I ended up drinking it myself. Per flavor, there are only four tea bags, making this set not quite as good of a deal as Zhena's tends to be. But that also means that you don't get tired of any of the flavors. The Coconut was milder than I expected, tasting more of cinnamon and cardamom than coconut. It, along with the Hazelnut Chai, was made with black tea. The Hazelnut was pleasant, though not throughly memorable. 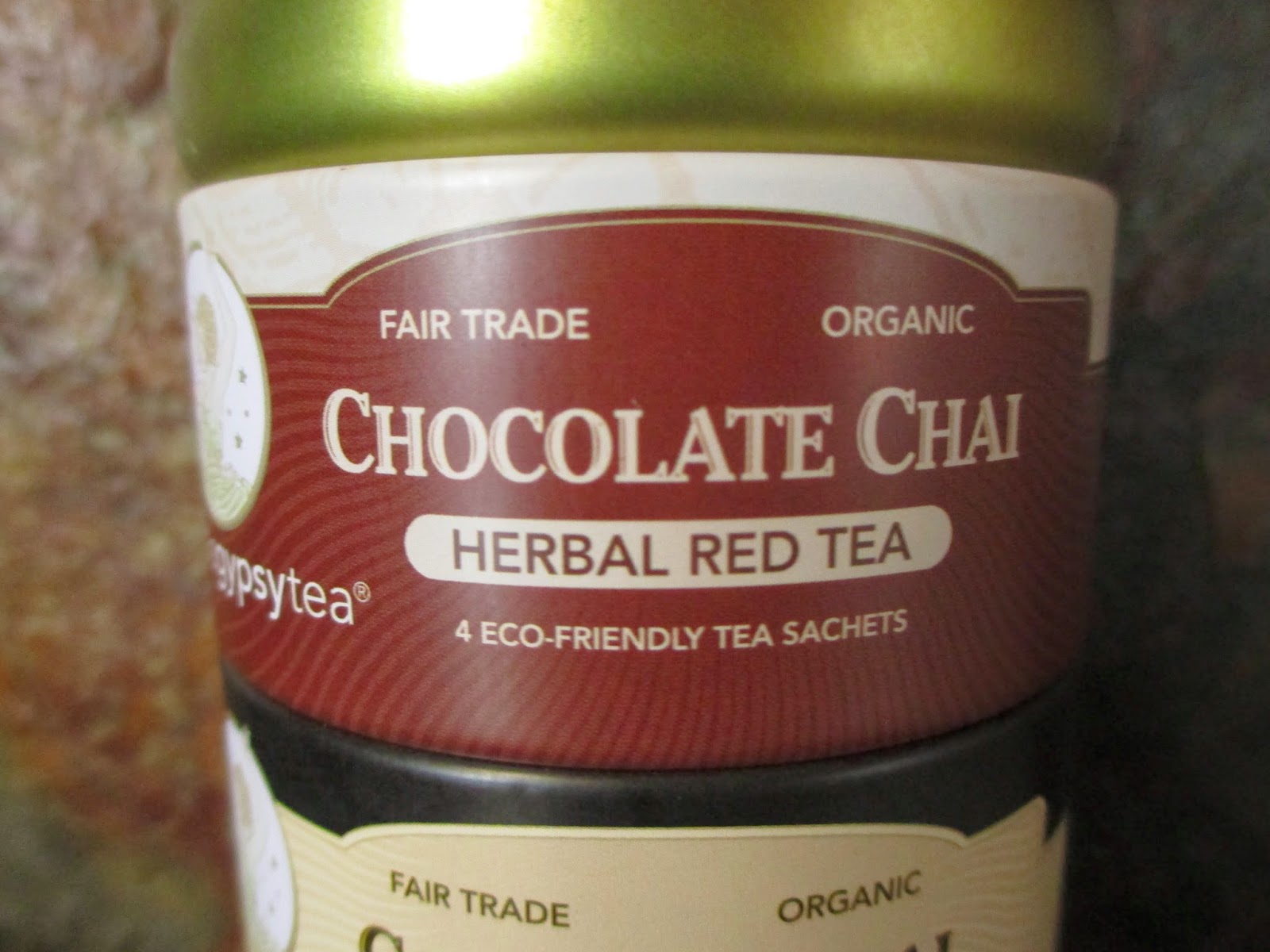 The other two flavors, Caramel Chai and Chocolate Chai, are made with red tea. I have mixed feelings about red tea. It's supposed to be fancy, but it tastes coy and unfamiliar to me, almost sweet. It can be pleasant, depending on what other flavors you put with it, but overall I don't love it. And sometimes when it comes to chai, the most original versions taste the best. Making chai with green tea or red tea or making it taste like this or that just gets weird after a while. 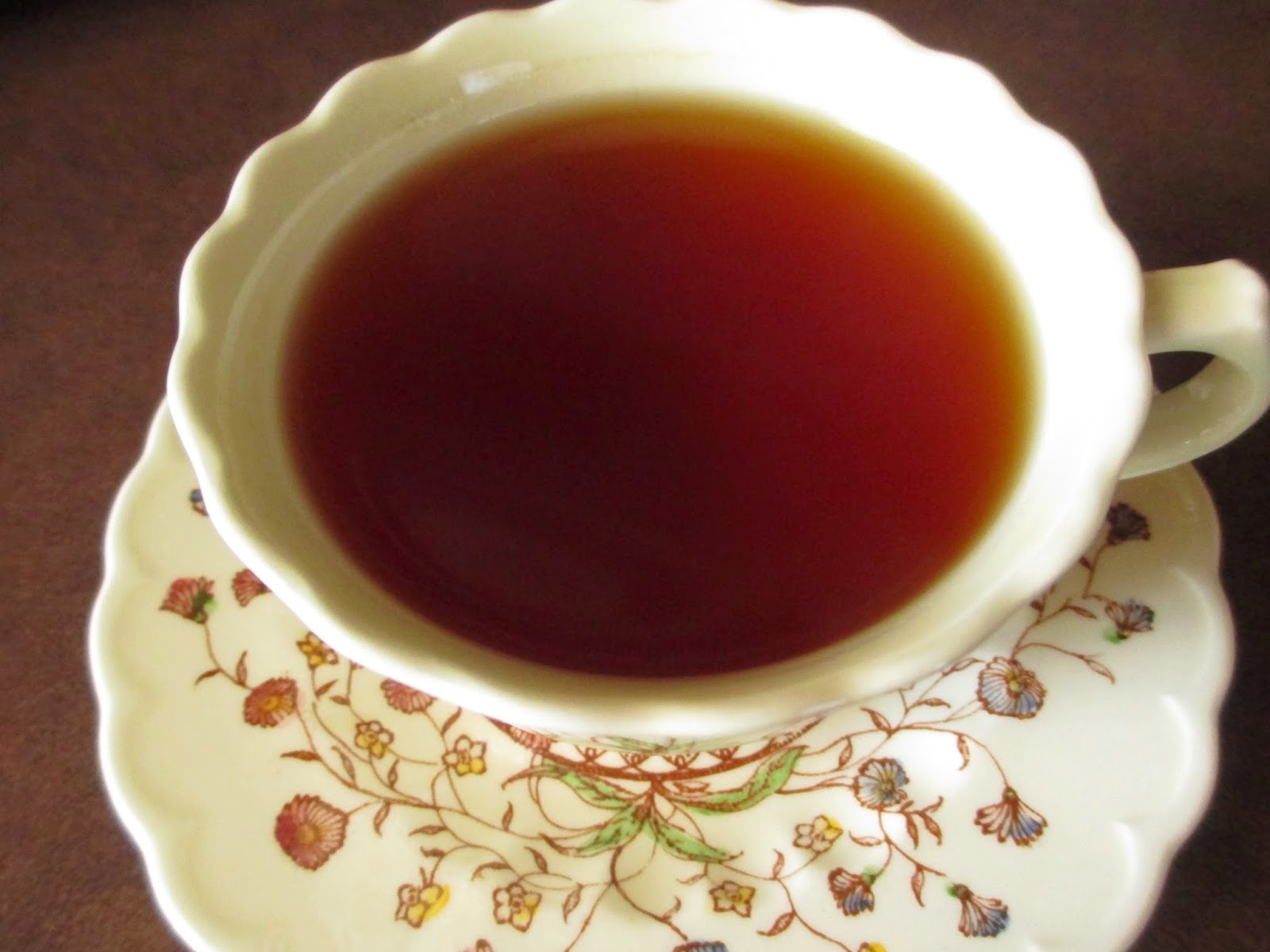 The Caramel Chai was fairly on the mellow side, as would be expected. While I wanted to like the Chocolate Chai (and it was the reason I bought the set, after all), I can only find myself feeling lukewarm toward it. Total ingredients? Cacao powder, rooibos, cinnamon, roasted chicory root, ginger, chocolate flavoring, licorice root, cardamom, cloves, nutmeg, shortbread flavoring, orange peel, pepper. Nearly all of those ingredients are organic, as is the case with all the four flavors. I don't specifically taste them all, though. I taste the roobos, maybe the chicory, perhaps the cardamom, and the chocolate. But what is that I see? Cocoa powder and chocolate flavoring? What exactly do they mean by chocolate flavoring? I ask because I'm caught feeling like the chocolate tastes artificial. Maybe I feel that way because the red tea is still the dominant flavor and I don't associate red tea with chocolate.

So as something different to try, the Chocolate Chai and the whole set were interesting and pleasant. But I don't think I would buy any of them again. When I crave chai, I'll get a plain chai. When I crave chocolate tea, I'll choose something else.

Posted by Deanna Skaggs at 4:35 PM