1) Green Purse - Another present, this purse is my oft-chosen accent color, green. Green leather, that is. It's a basic rectangular shape without frills, so that means that while it isn't quite as huge as some purses, it is big enough to hold a water bottle, a book, and a sweater all at once. It's like a miniature suitcase. Let the green take over. 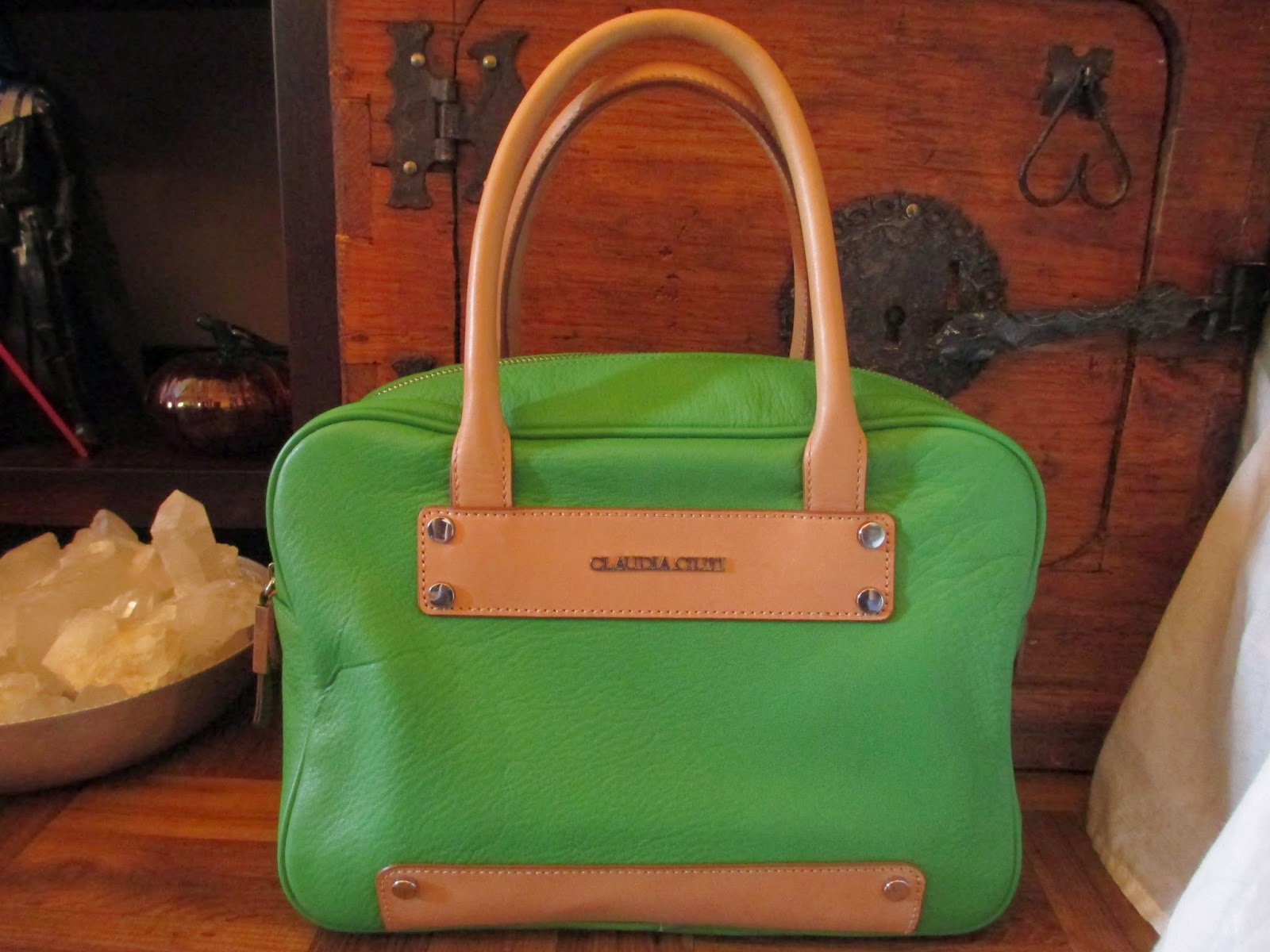 2) Book Cradle - I know I'm probably a few decades too young to own one of these, but I've wanted one since college. I used to read while eating a lot (you have to when you have so many literature classes), and I still often do just because it's a nice time to pick up a book. But most books don't stay open on their own and you don't want to get food all over them, hence the book cradle to hold your book open for you while you read. 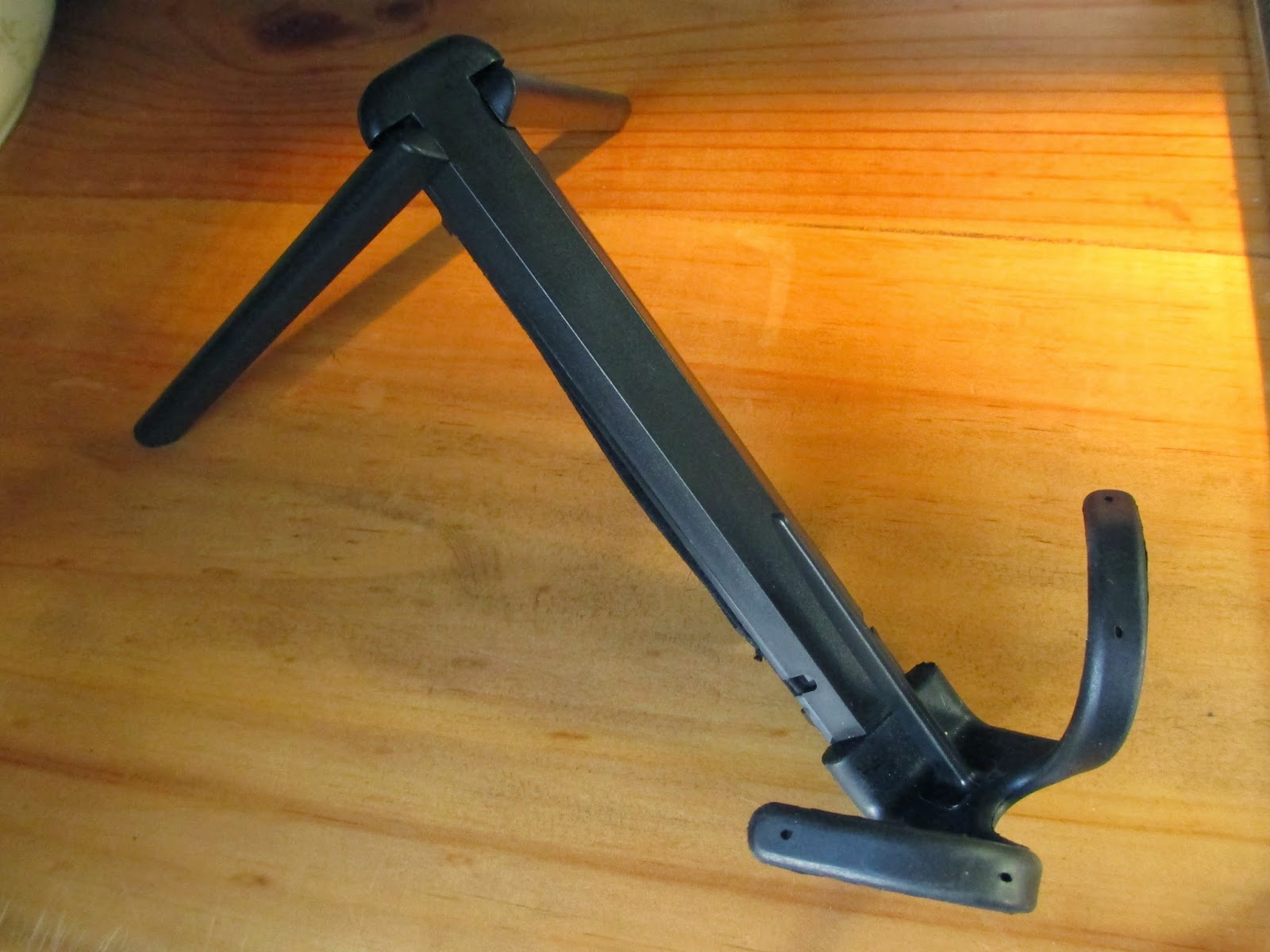 3) Dinosaur Earrings - The label called them pterodactyls, but I think they look more like pterosaurs. Either way, they're perfect. Vintage silver makes them good quality in addition to the quirky, unique style. This would be my third piece of dinosaur jewelry. 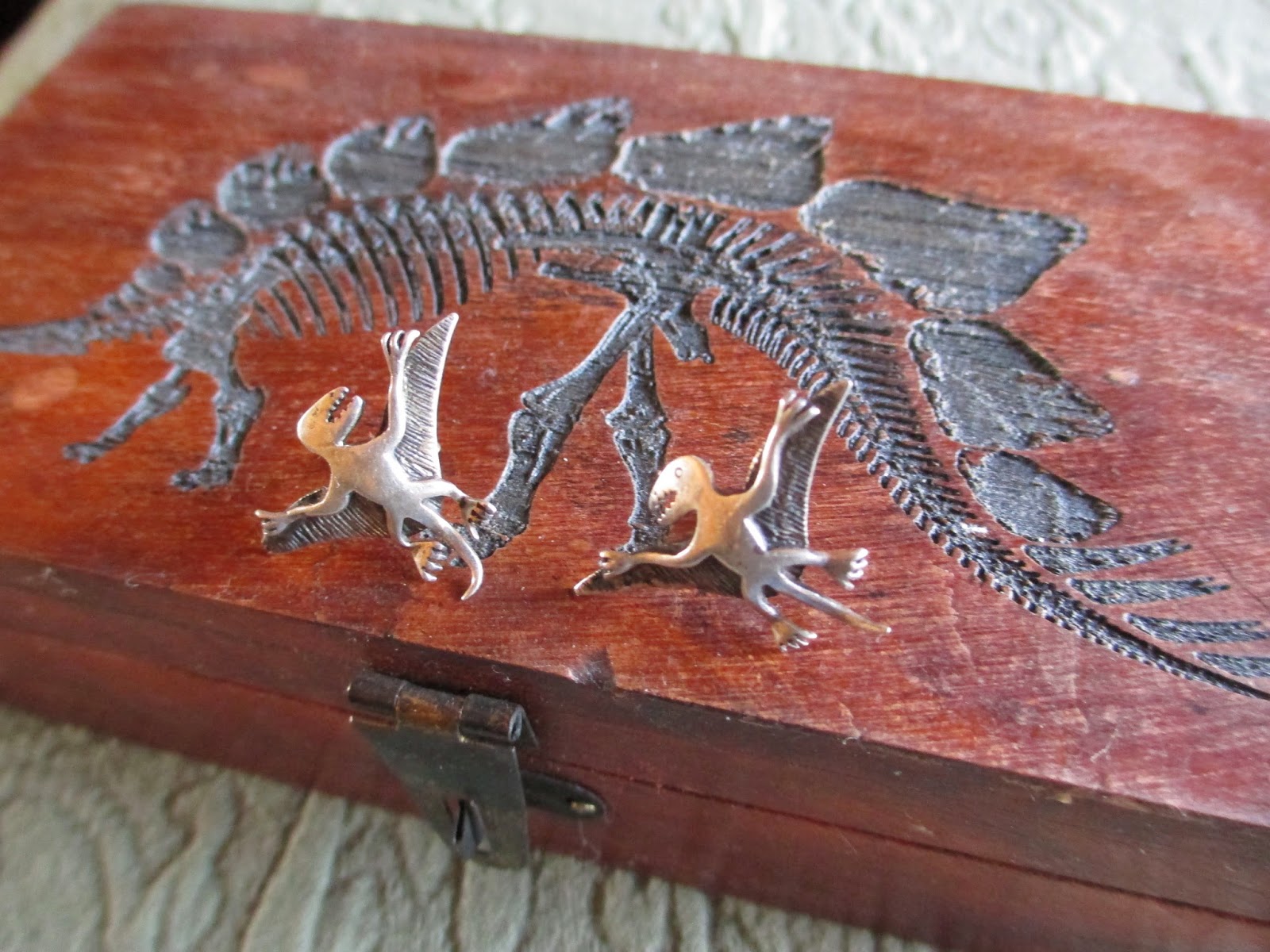 4) Chocolate Necco Wafers - Such a messy-looking picture of the corner of my desk. As you can see, in the bowl where I keep my chalk, some chalky Necco wafers also dwell. They're wonderful little things to keep at a desk. 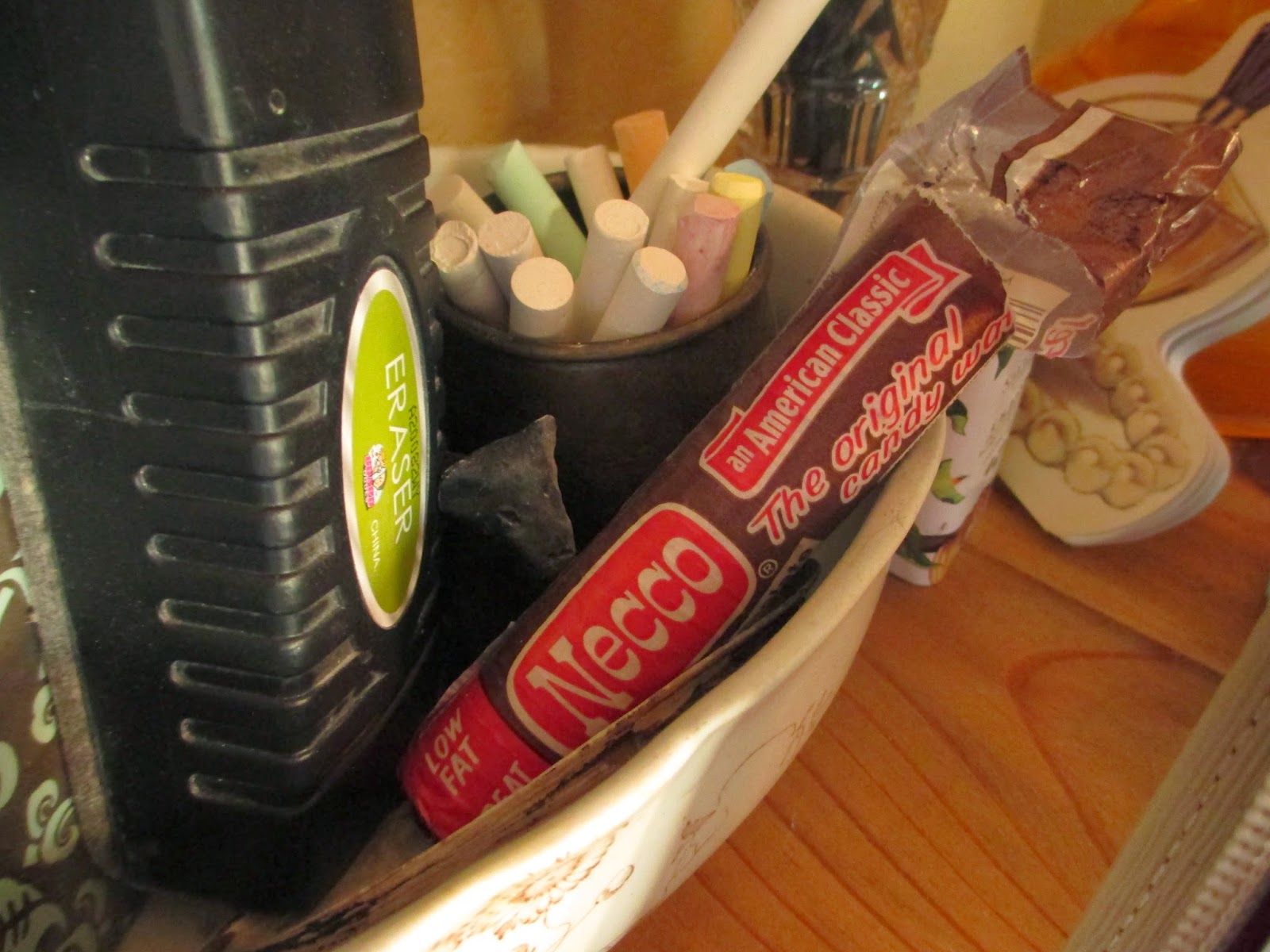 5) Outremer Vanille Perfume - I have this brand's Rose perfume, which I love. I also tend to like vanilla, so why not get their vanilla scent, too? I may end up using it more as a room spray than a perfume, but it smells lovely. It smells just like Main St., USA in Disneyland--like nostalgia and candy and happiness. 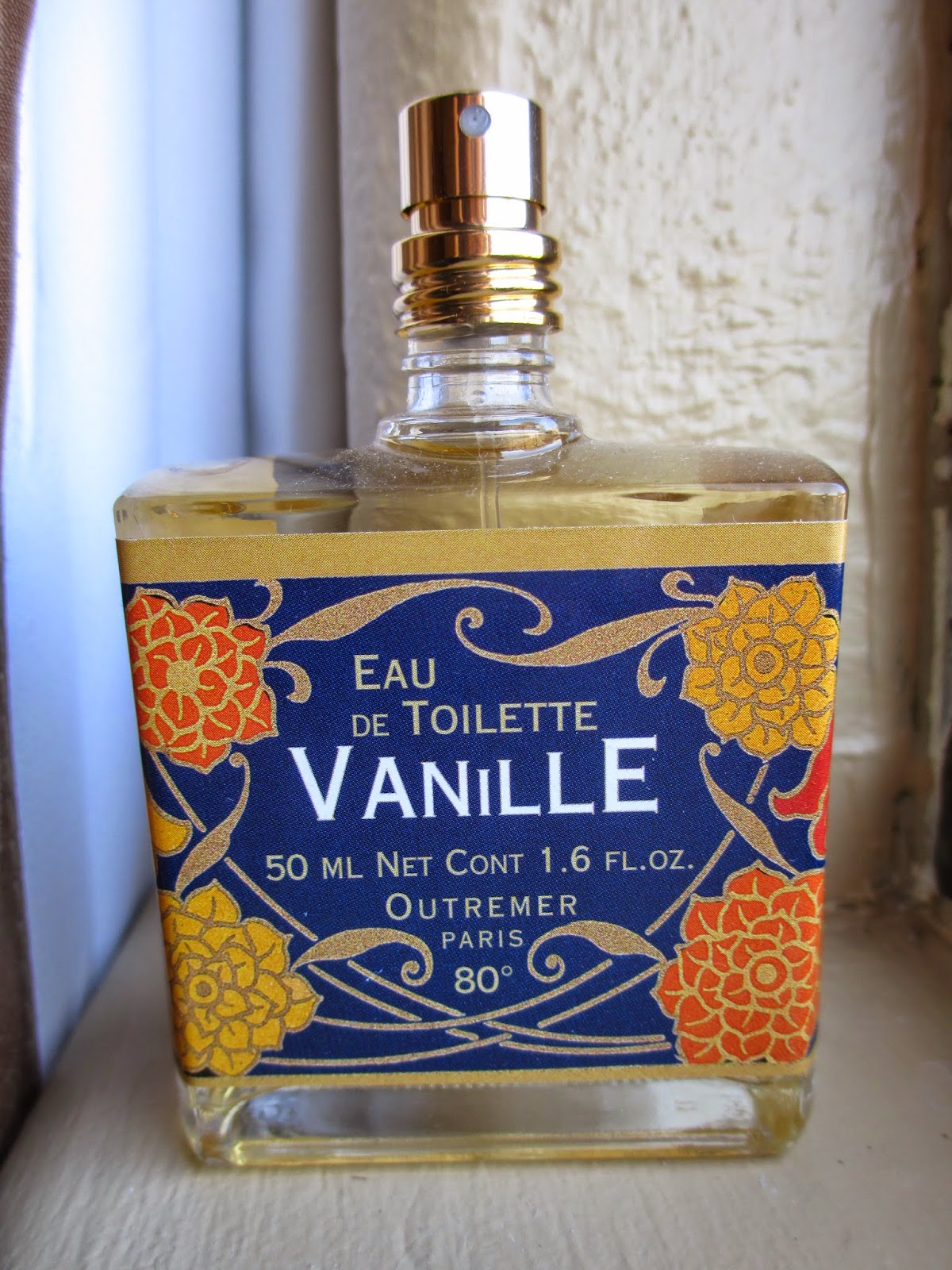 6) Disney Vile Villains Jelly Beans - Last year, I think I got the Evil Queen packet; this year I chose Hook and Maleficent. I pretended they were decorations for most of the month, and now it is time to eat them. I do love candy. 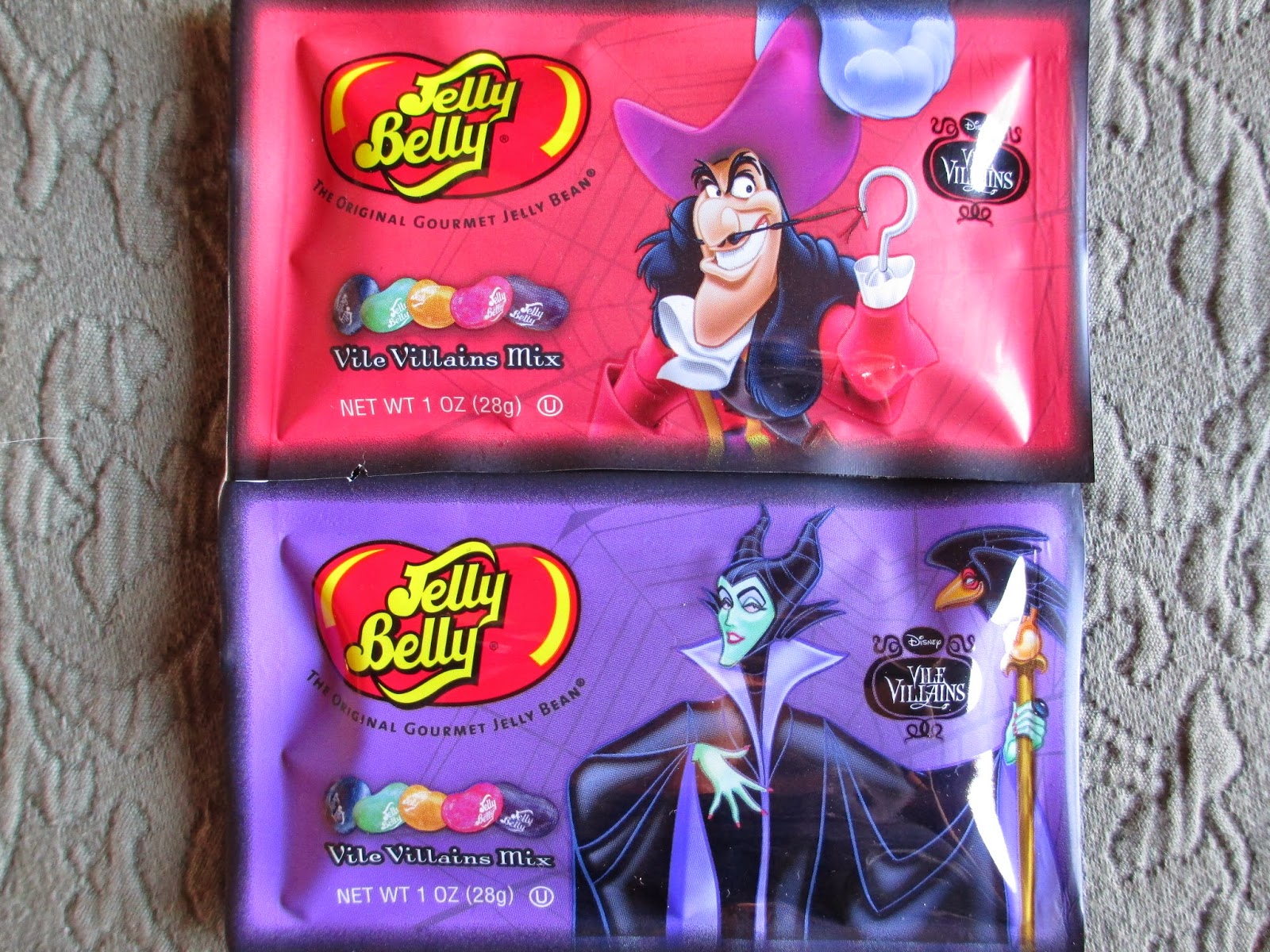 7) Barr-Co. Honeysuckle Perfume - I also love perfume, apparently, though five years ago I didn't own a single bottle. The label says it's "honeysuckle nectar and herbaceous greens," but I wouldn't say it's a single scent Honeysuckle perfume the way that Outremer makes the Rose perfume. It feels like there's another floral scent in here besides honeysuckle, something that makes it less sweet and a little more, maybe woodsy? Still very pleasant. 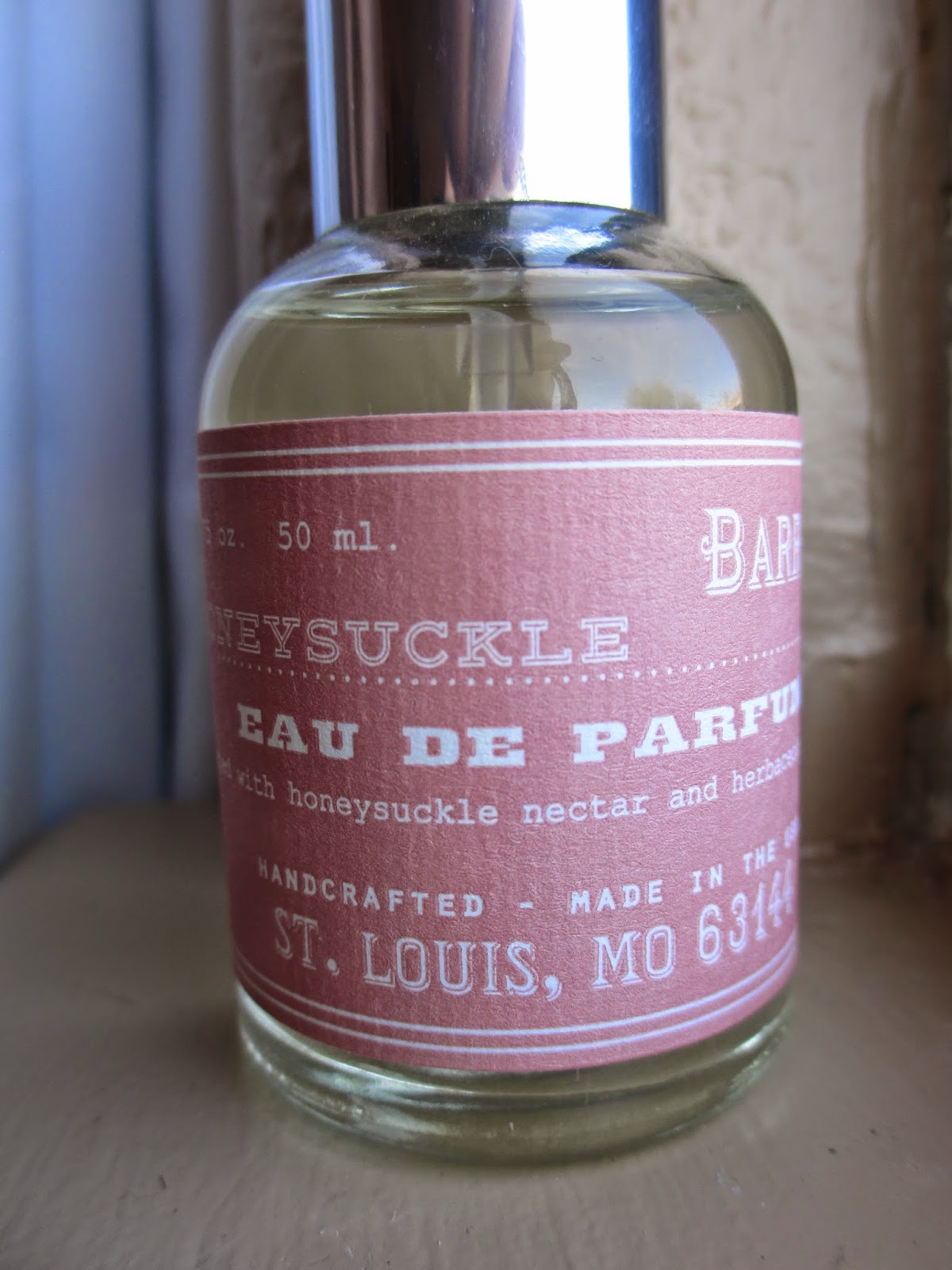 8) Selfie - I don't watch a lot of (modern) comedies, but I had been seeing the commercials for Selfie and since I'd watched so much of Karen Gillan on Doctor Who, I thought I'd watch an episode just to see what it was like. Turns out, I kind of look forward to seeing it each week. It's quirky and cute and also thoughtful, commenting on social media/technology and social interaction. I love that it takes some inspiration from Pygmalion (or My Fair Lady, the botched-up musical version), a play with which I was rather obsessed for a while. 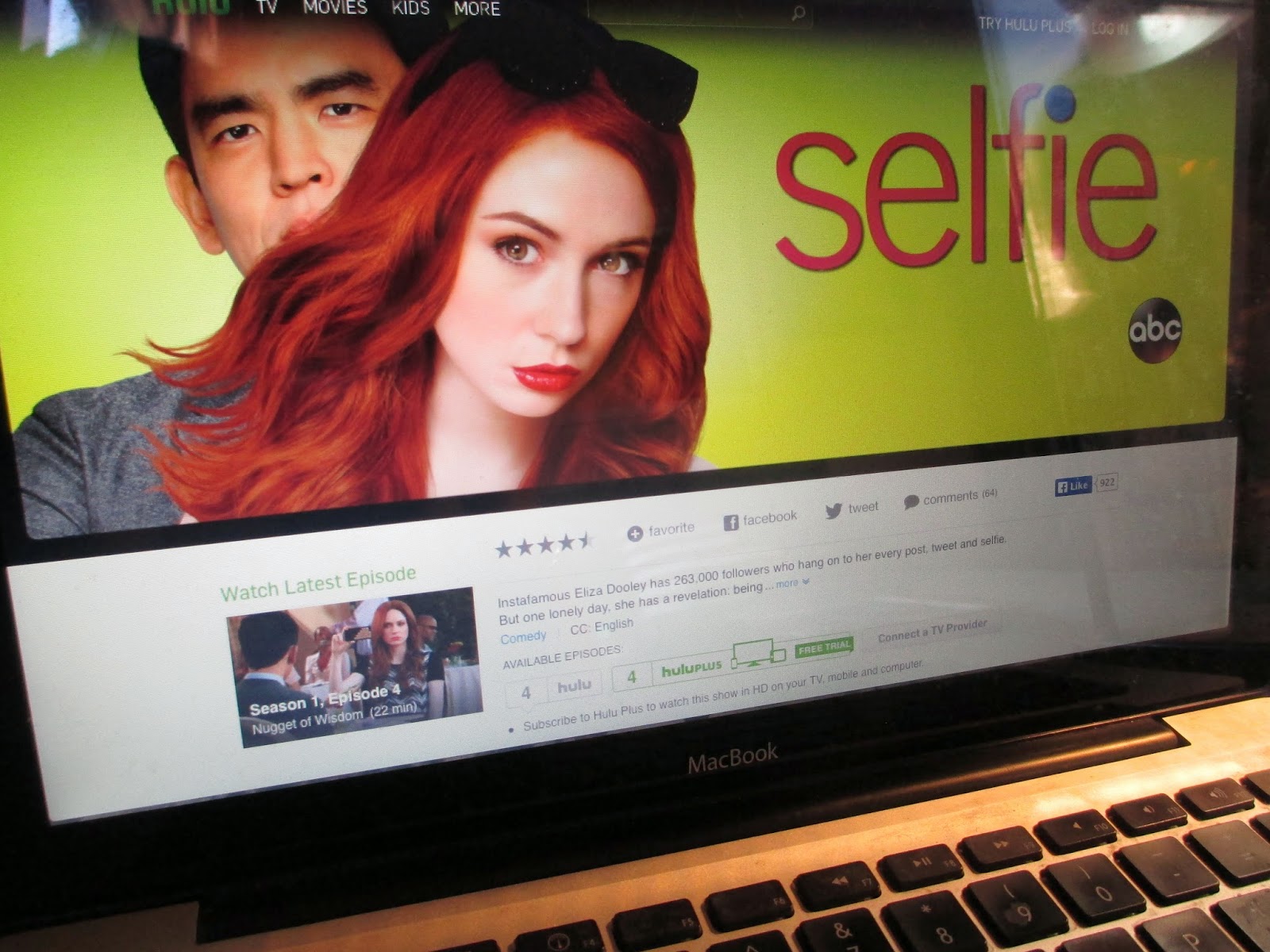 9) Carol's Daughter Cupuacu Blow Dry Cream - I used to use the Chocolat blow dry cream, but now it's only available online. It would seem, though, that this one is basically the same. It looks the same, smells the same, and works the same. Since I have such long hair, it only makes sense to use something to help protect it--and make the blow drying go a little bit faster. And since it's Carol's Daughter, the ingredients are a little more natural than with other brands. 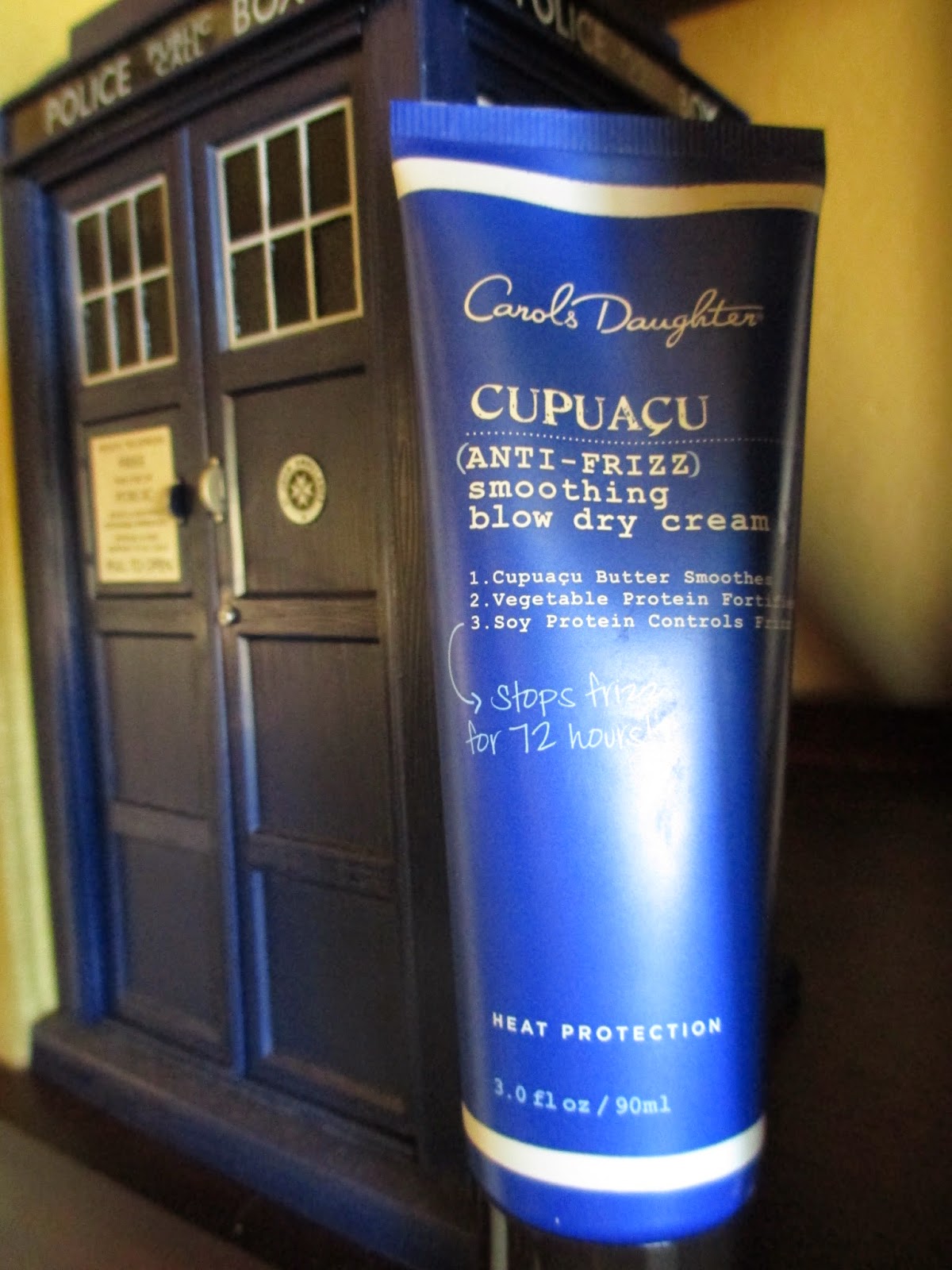 10) Verona Six-Shelf Bookcase - I had been without a bookcase for years. Finally I made it a priority to get one, though of course one case is not nearly big enough for all my books. This one is from World Market, and it's a pretty good price/quality ratio. Though it comes with some sort of finish, it is at least some kind of solid wood. It's tall and wide, with six shelves (sometimes shelves of this size only have four). I had forgotten how nice it is to actually have books in a case. 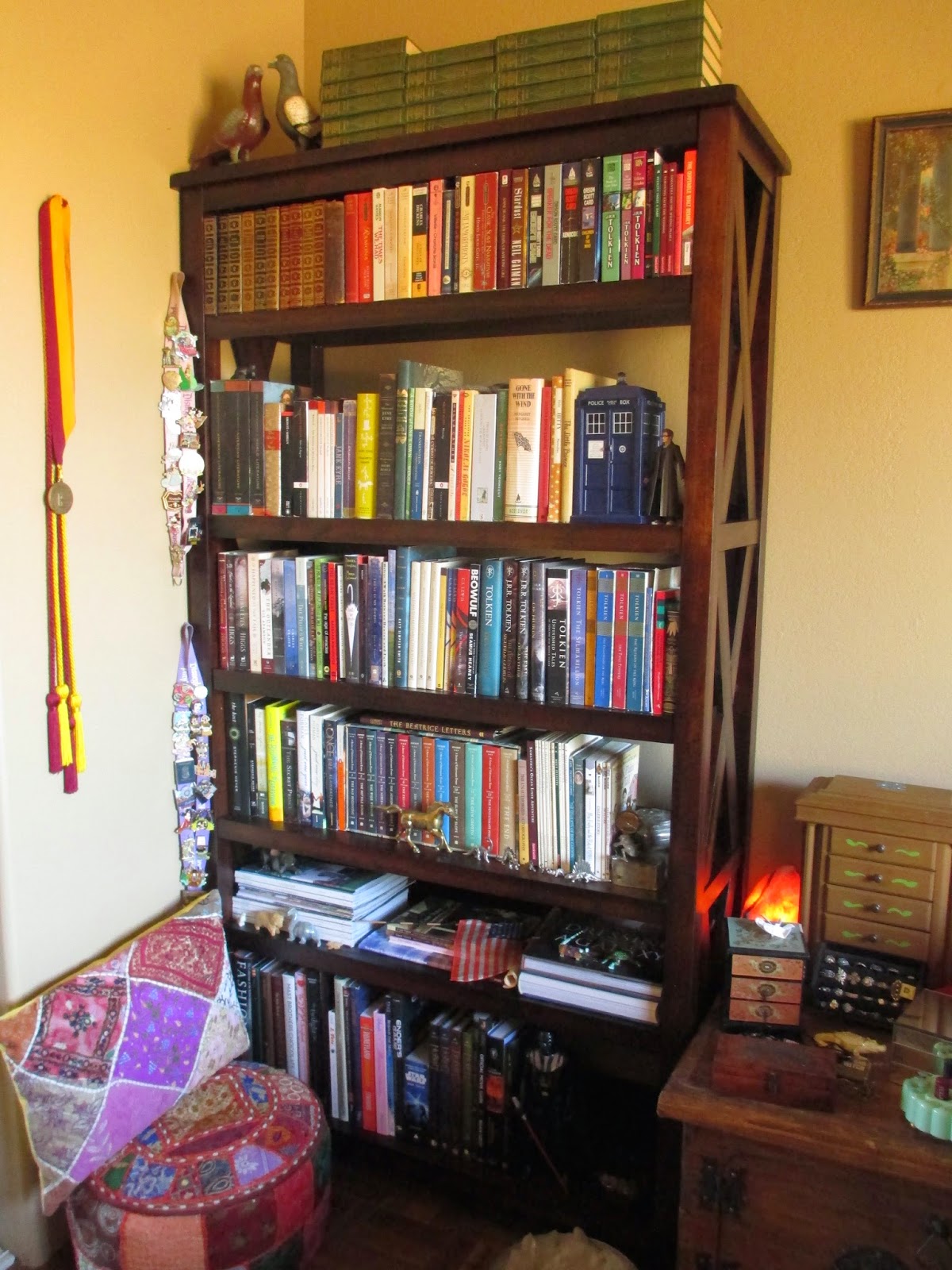 Posted by Deanna Skaggs at 1:28 PM