The best books exist both at surface level and at a deeper level--the best stories are enjoyable in the moment for certain reasons and are also enjoyable continually after for even more reasons. Just One Day, in a mild sort of way, fits into this category of double levels.

I suppose this is the fourth book by Gayle Forman I have read. If I Stay is, of course, her most famous book. She's a good author, and I enjoy reading her, though it did take me a while to get to Just One Day. You know what I think she does well? She has a talent for illustrating both the individual and groups, which in turn becomes an illustration of human interaction. If I Stay was about family. Sisters in Sanity was about friendship. Just One Day is about one-on-one relationships. 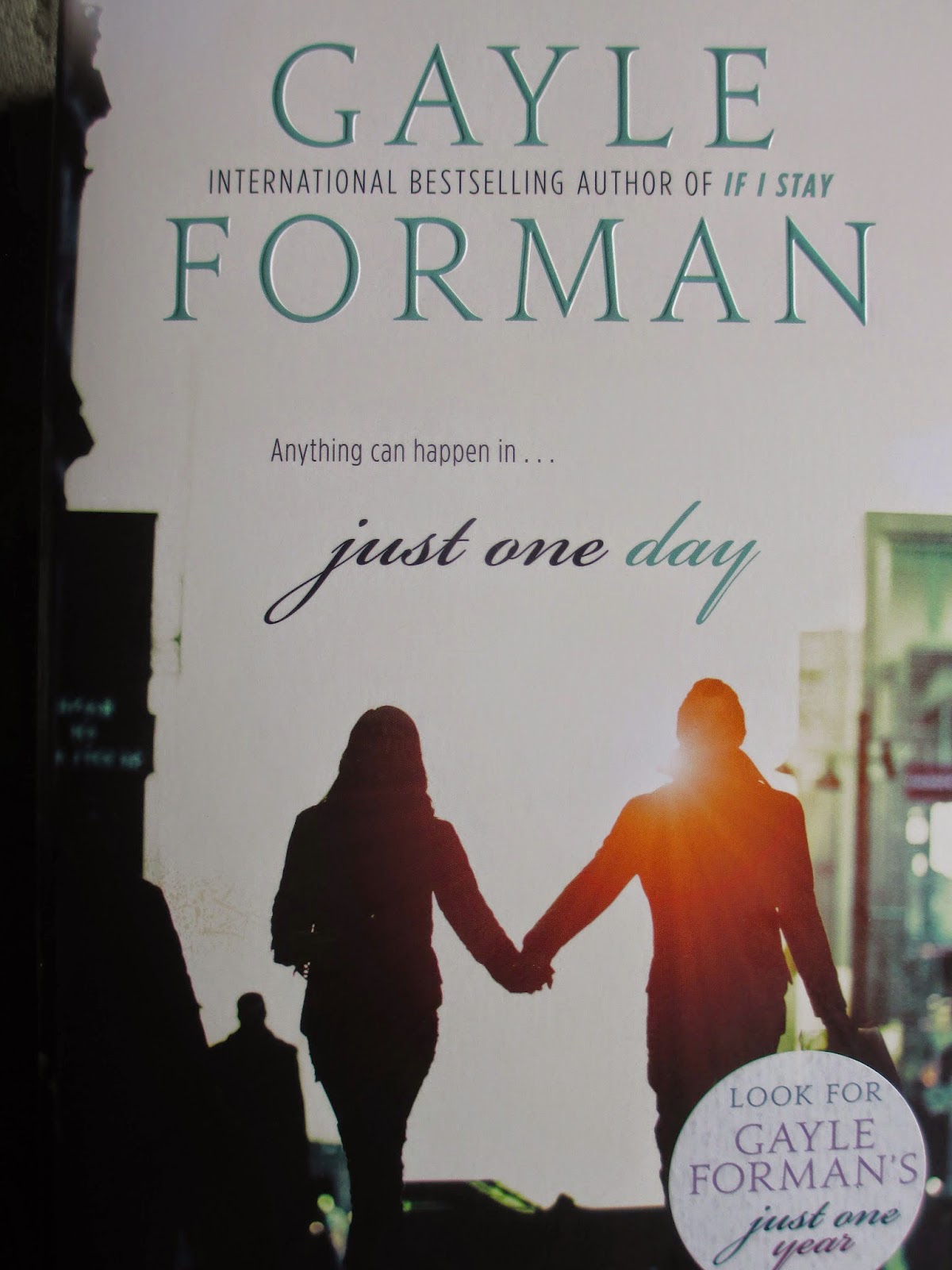 From the title, the cover, and the summary, you would assume that this book is a romance. And it is, basically. But not really, not all the way. The first third is a love story, developing exactly as you would expect: two characters deciding to spend just one day together in Paris. But that's just the start, just the premise. What this book develops into is so much more. It's a story about the development of personal identity, which I always say is absolutely necessary for a successful relationship. (I like to talk about that a lot with Jane Eyre, about how it was only after Jane and Rochester spent time alone/apart and developed who they were that they could come back together again and really succeed together.)

There are so many themes about identity in this book. Allyson's journey toward discovering who she has been, who she wants to be, and who she is becomes the most important thing about the book. And maybe because of this, I didn't get the basic love story I was expecting (and maybe kind of wanting), but what I got was so much better. One of the things that helped add this extra level of depth was the element of Shakespeare. In a way, the book begins and ends with Shakespeare, and Shakespeare is all throughout. His plays and his themes make their way in everywhere. For a book that is categorized as teen, it enters fully into interaction with Shakespeare, instead of dumbing things down or keeping it at surface level. (One particular set of books that I won't name did this, except with Egyptian myths instead of Shakespeare. The author seemed smart, but like she was holding back, like she could have written something better.) I was quite glad that I spent a good deal of time with As You Like It in my college Shakespeare class since that was one of the plays featured most.

It's interesting that Shakespeare is the artist Gayle Forman chose to feature so much in this book. I said that she's good at portraying human interaction, and isn't that exactly what Shakespeare does? He sets up scenarios with a set of characters interacting, and it is the way they interact that creates the power of the plays. And it is the way that Allyson interacts with her parents, her friends both new and old, her coworkers, people she meets while traveling, and Willem that define who she is. How she acts toward them is who she is. It's like she's right at that melting point, where she can see directly how her actions affect the world around her. Sometimes she doesn't like what she sees, so she tries to change it. Sometimes she is successful; sometimes she's just confused. But whatever she is throughout, her journey is fascinating, with little facets of it being relatable and the ultimate climax of it all being what? Hopeful. Hopeful--just what I said I like to see in fiction. I like to see a character struggle and wonder and then look up with hope.

(Admittedly, I'm glad the story doesn't end the way this book does. I have the sequel waiting for me on the shelf, and I can't wait to read it.)