A New Hope for Me

No one in my immediate or extended family gets into the nerdy or geeky side of things. No comic books, no reading all the piles of books associated with this or that fandom, no movie books, no behind the scenes videos, no memorabilia and merch. Nothing like that, or anything else. I think the most anyone gets to is a favorite movie. I don't think there are even that many readers in my extended family . . .

So you have to understand that it's all new to me, that certain ideas had never even occurred to me. When I began my rather recent declaration (say, in the last few years) that I really like Star Wars, all I had was the movies. There was nothing else related to this universe for me to grab hold of. But things had to change if I was saying out loud now that I really liked it. A couple of movie books materialized on my shelves, the Darth Vader dress from Her Universe in my closet, the William Shakespeare's Star Wars trilogy (which I really enjoyed), and the Barnes and Noble leather-bound classics version of the original trilogy. This was all already quite a bit more than I can picture family doing. 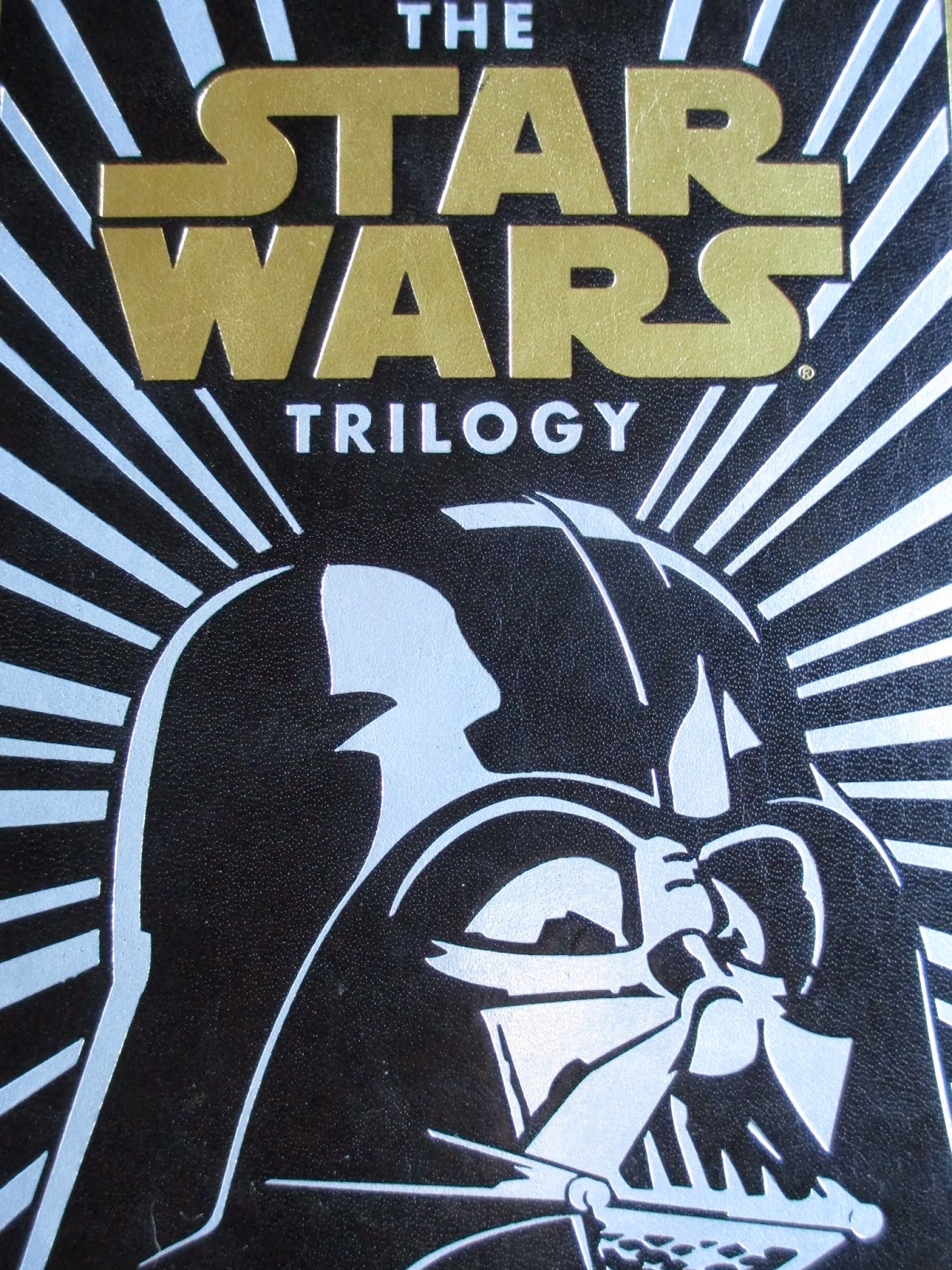 But the thing is, that leather book just sat around looking pretty and I didn't think there was anything odd about it. After all, weren't they just novelizations of the movies? Aren't novelizations of movies usually mediocre in quality, without really offering you anything new? I didn't think I was missing out. But then I realized, maybe with the popularity of the releases of some of the new Star Wars books, that I might need to start reading at least a few of the books.

I looked up the list only to find that there are way more Star Wars books than I had even pictured, probably way more than I would want to or need to read. But maybe because there were so many, I decided it was time to start somewhere, and what better than the trilogy that I already owned?

I would categorize much of the novelization of A New Hope as mediocre in its written style, with bizarre, over-complicated vocabulary and too many random metaphors (including some that completely remove you from the universe of the story). However, I really enjoyed reading it. Reading me this book reminded me of all the things that I love about Star Wars. I zeroed in on Little House on the Prairie fairly early on, all on my own, without any recommendation or prior introduction from anyone. And Star Wars, A New Hope in particular, has a lot in common with the Little House series.

Luke's raised as a farmer and while I've liked that bit about the story, it maybe doesn't have as much time to come across in the movie as it does in the book. Sure, most of the scenes are just what's in the movie, but there are also some extras and some longer conversations--enough to let everything soak in all over again. The farming family, the desolate planet where everyone works hard without too many results, the call to adventure. It becomes something more than adventure, of course, and that's where the Little House likenesses end.

I love how much each character and each location represents, how great an impact everything has on the story as a whole. I love the deep commitment to theme. That's what I love about Star Wars. (Well, that and Tatooine.) And, you know, I think I might just break a family tradition and continue my slow delving into Star Wars the fandom, not just Star Wars the movies. Just give me some extra time, first to finish the other two books in the trilogy and then to figure out where to go from there.

Posted by Deanna Skaggs at 5:54 PM