To the Beginning with Four

It's possibly unnecessary to do a post on this book (and I promise that I'll be resting on Divergent posts after this), since it is just a collection of four prequel stories and three short, additional scenes. But I posted on Gayle Forman's Just One Night (which finishes up after Just One Day and Just One Year). And come to think of it (though I hate directly comparing things), Four gives more to talk about than Just One Night did (it was basically the epilogue for the other two books). Four is more like the almost-book that I hate to mention out loud--Midnight Sun. Except while Midnight Sun was designed to cover all the space of Twilight (from Edward's perspective instead of Bella's), Four (from Tobias's perspective instead of Tris's) only tells some of the moments from Divergent--much of it is from before that book starts and the narrative is told in pieces with gaps in between. 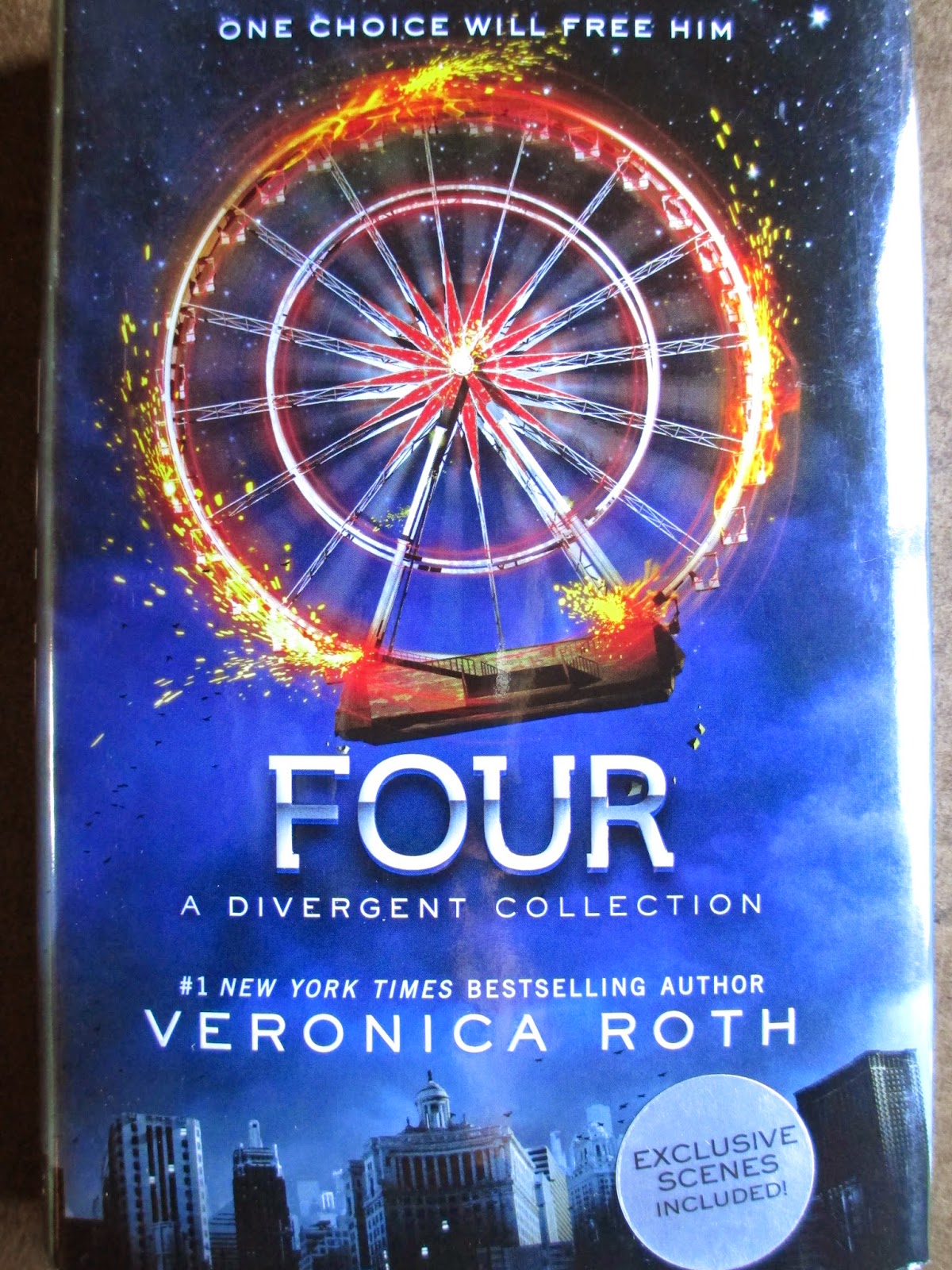 It's really a book of extras, not an additional book--and that was the way I thought of it before reading, so I can't say I was disappointed. (Though I'm not sure why the knife-throwing scene wasn't included--I had to get the digital version of that one.) I kept thinking in my mind that Allegiant was the last book, and Four was just a little something to flip through afterwards. But, you know, it worked very well to have this little book to "flip through afterwards."

I've already explained how much I liked the way Allegiant ended--and how much I enjoy looking back at the good moments throughout the trilogy, especially from the first book. So it was satisfying, as a reader, to finish the trilogy and have it come to a complete ending, but then be able to take one last look (in a slightly different way) at the beginning.

Tobias, throughout the trilogy, emerges as an interesting character. Tris is there to find her strength and become herself; that's why it makes sense for her to shorten her name and stick with the shortened name. Tobias, however, is fleeing from his past and needs to make sense of who he has been and reconcile it with who he is trying to be before he can really be comfortable with himself and his decisions. So his journey is different from Tris's. And it's nice, just as an extra, to see where he began and what he was thinking at certain key points during Divergent. While these stories aren't all about finding out new things, there are several new tidbits that enhance the story or are just fun to find out.

I'm kind of sad now that I'm done (well, except for the movie companion--does that count?), but I am also satisfied by my time spent in this universe.

Posted by Deanna Skaggs at 5:24 PM