Wow, look what I found in a box in my closet: Fizzin' Hot Cocoa. How exciting. Good thing it still has a long way toward the expiration date, otherwise my exciting find would have been doomed for the trash, untested and undiscovered. As you can tell by the ribbon on the box, it was intended as a Christmas item. 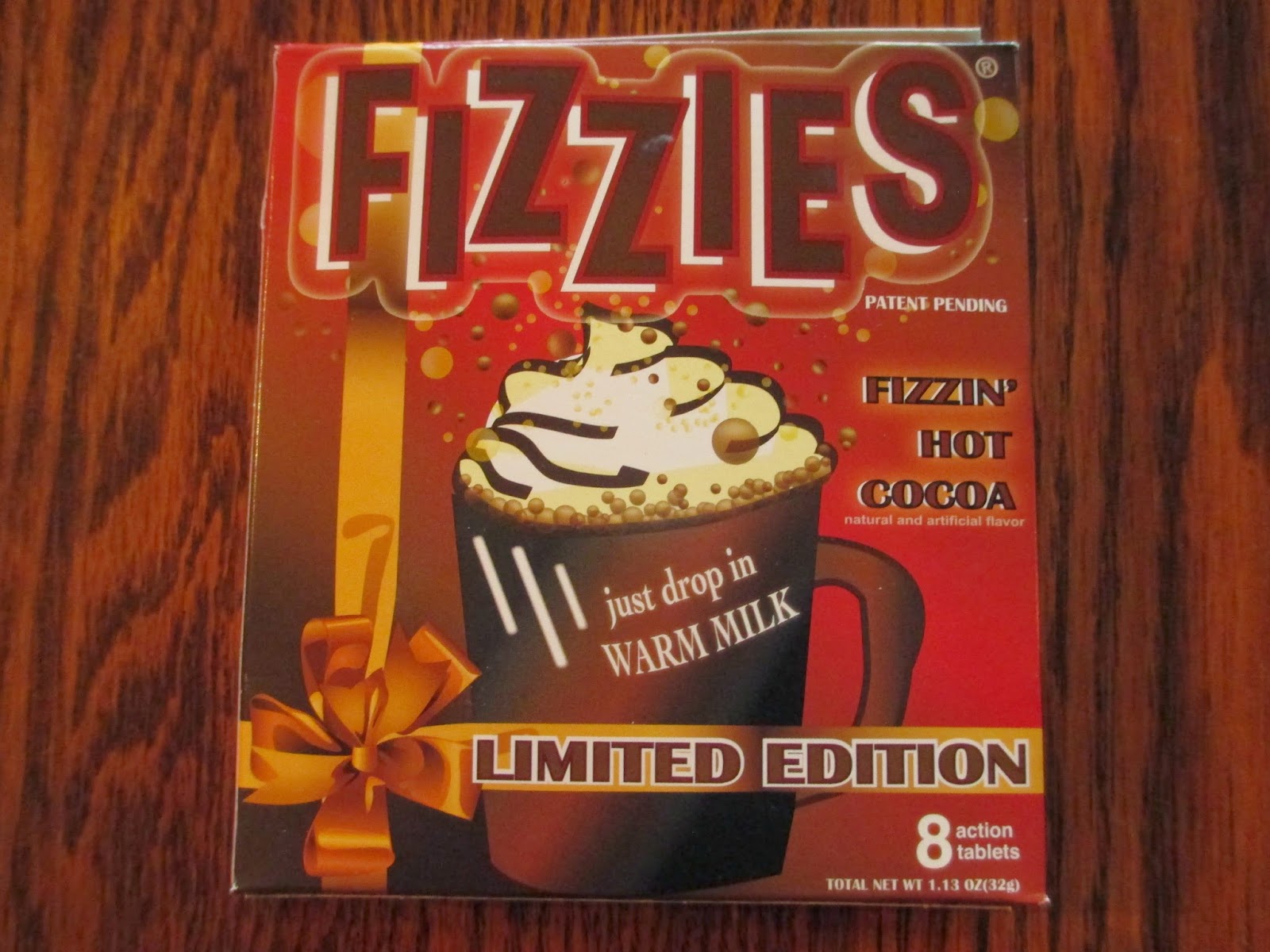 Perhaps because of the Christmas possibilities, there are eight individual packets inside. You can have a party for eight people or tear the packets apart and put them in stockings--there are instructions on the back of each one. They're quite simple, after all: drop one tablet into 3/4 cup of warm milk and wait until fully dissolved, about five minutes. Seems simple enough. And the idea of fizzing hot chocolate, well, that is sort of intriguing. At three dollars for the box, it was worth trying. 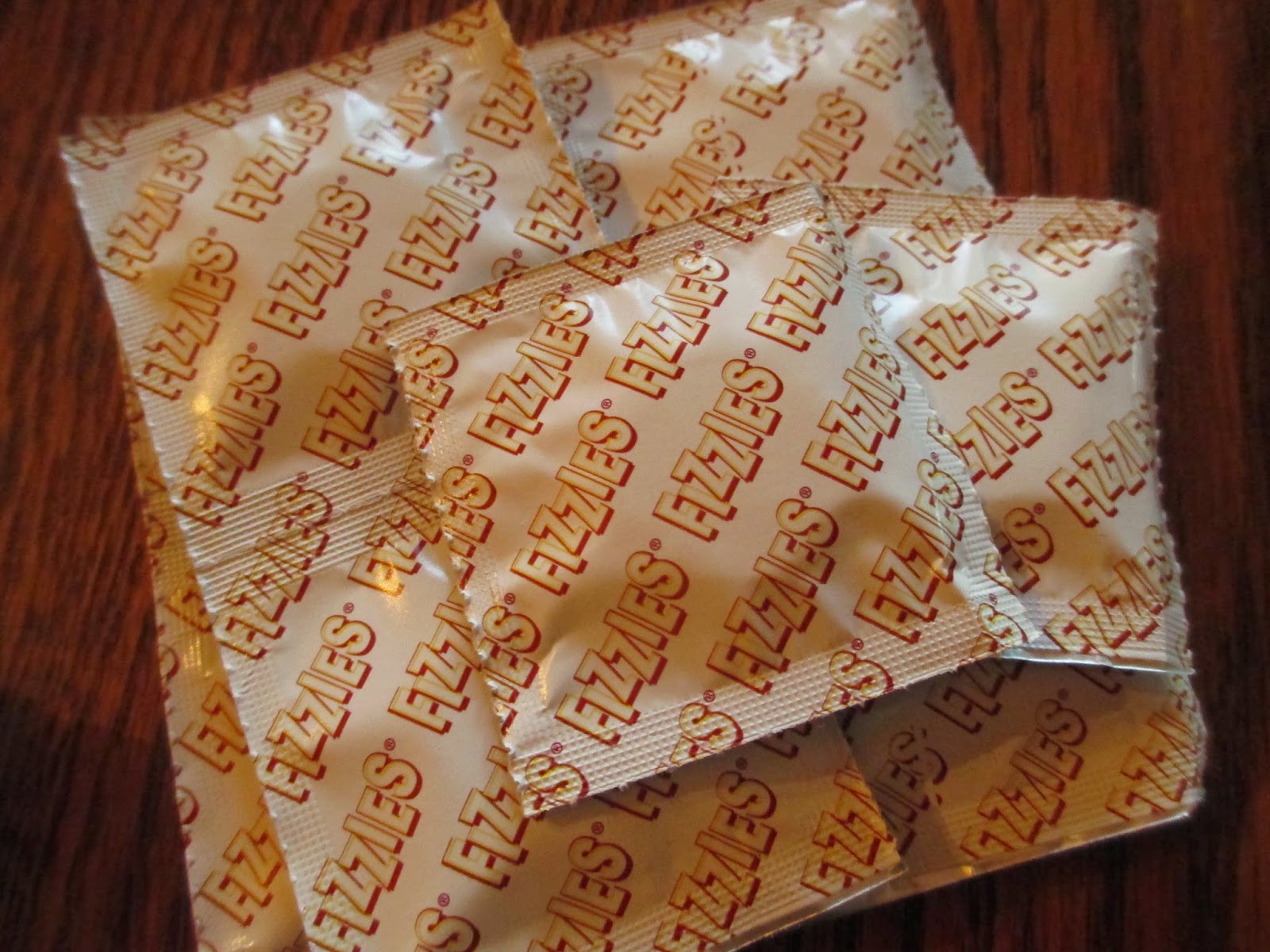 The tablets are like giant, brown Smarties. They're flavored with both natural and artificial chocolate, and, of course, are sweetened with other products besides sugar. Let's move right along and get away from icky pictures of ingredients. 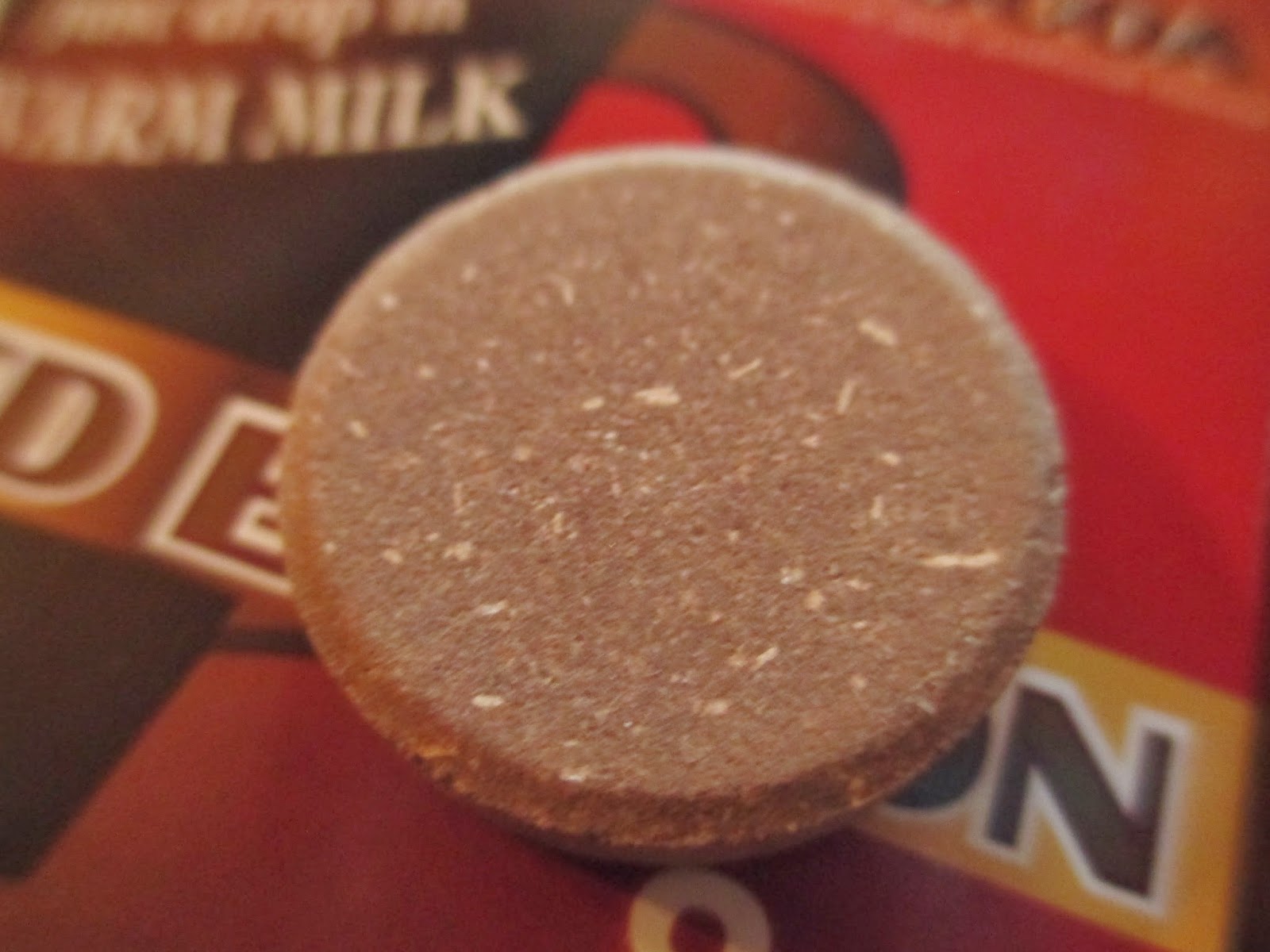 My flowered teacup is just the right size for a 3/4 cup serving of hot chocolate, but I suspected that the fizz from this particular kind might take up more space. I was right--but I didn't use a different cup. 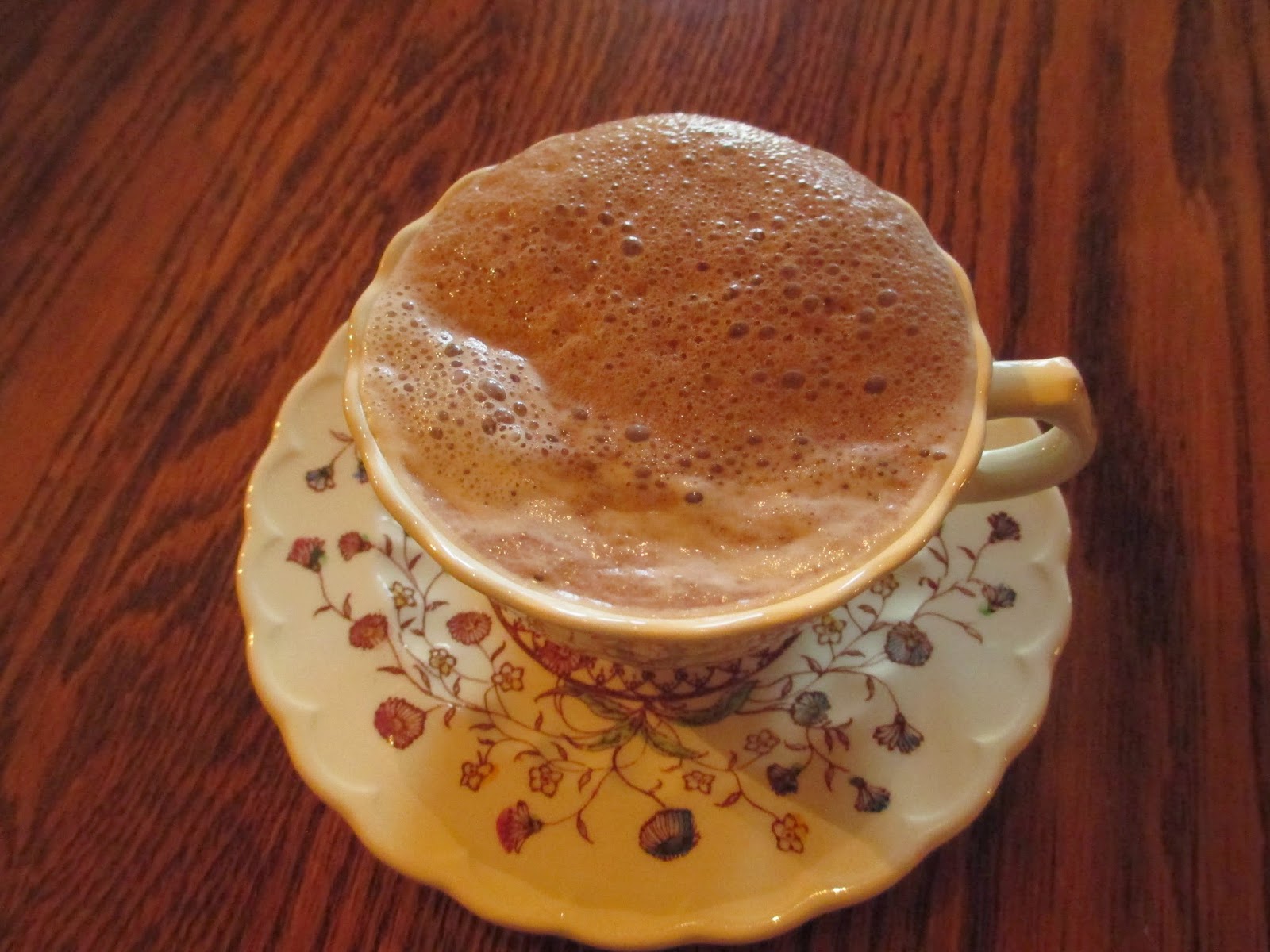 After dropping in the tablet, I tried to get some hasty pictures of the process. Foaming fizz develops right away and it quickly overflowed my teacup; I was worried that it might also overflow the saucer, though it never did. Perhaps this type of thing isn't the company's responsibility (after all, I knew this cup was too small), but mightn't it be nice if they included a caution to use a large mug? 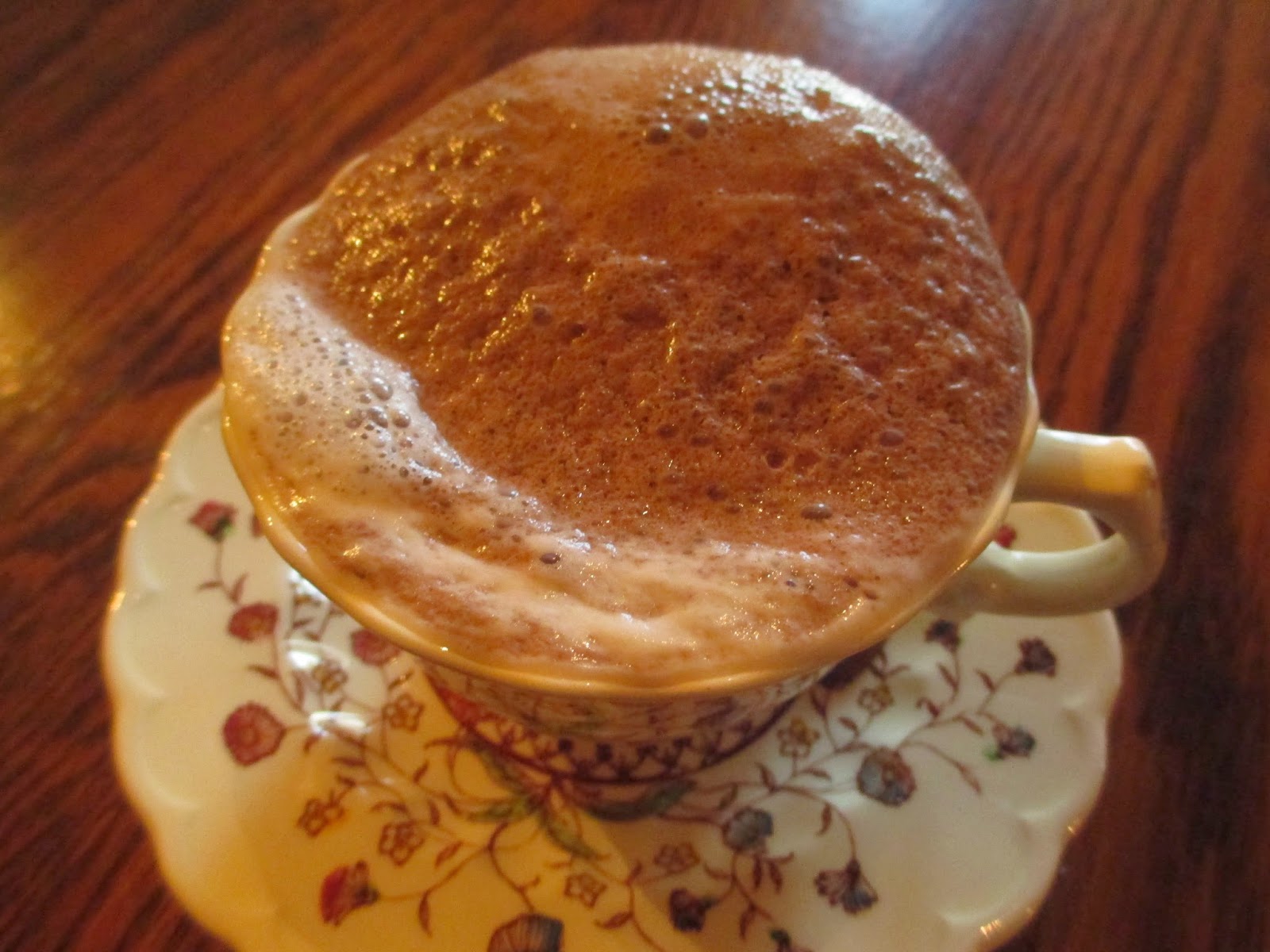 The first few seconds were exciting. Then it was terrifying. What is this mass of foamy, hot fizz that I'm expected to drink? It's even more terrifying once you dare to take a sip. It tastes like standard powdered hot chocolate, plus a weird flavor that's designed to imitate the taste of carbonation in soda. After all, this isn't exactly carbonated hot chocolate: it's fizzy hot chocolate. It's like a quirky twist on foamy hot chocolate. 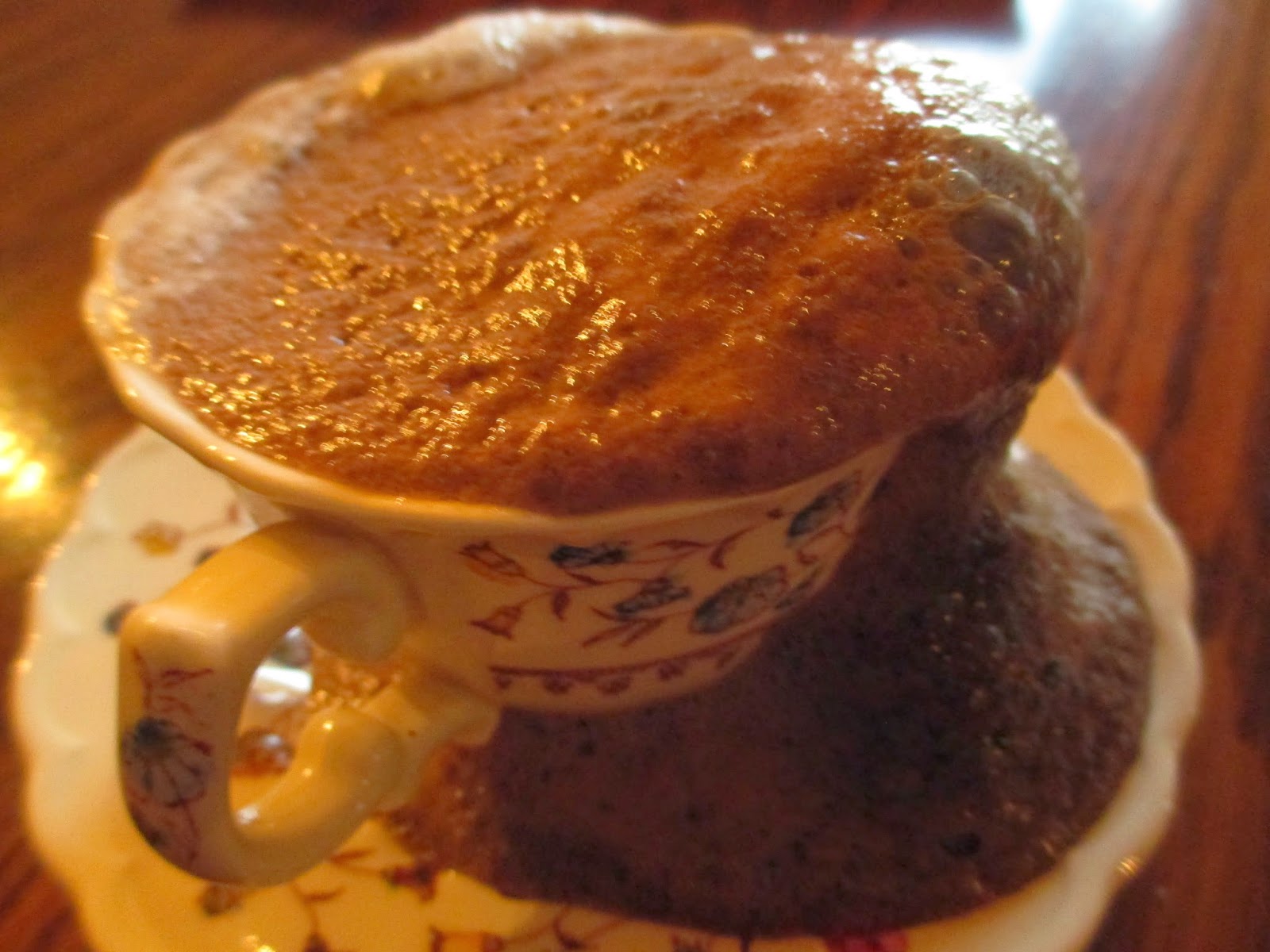 I prefer, a thousand times, to drink hot chocolate that's been stirred with a milk frother. You get the foam without any other weird tastes, even if it takes an extra step to get there. This hot chocolate tastes terrible. Granted, I don't really drink soda and I don't eat a lot of highly processed, sweet products, so maybe I'm exaggerating the average opinion. But still. 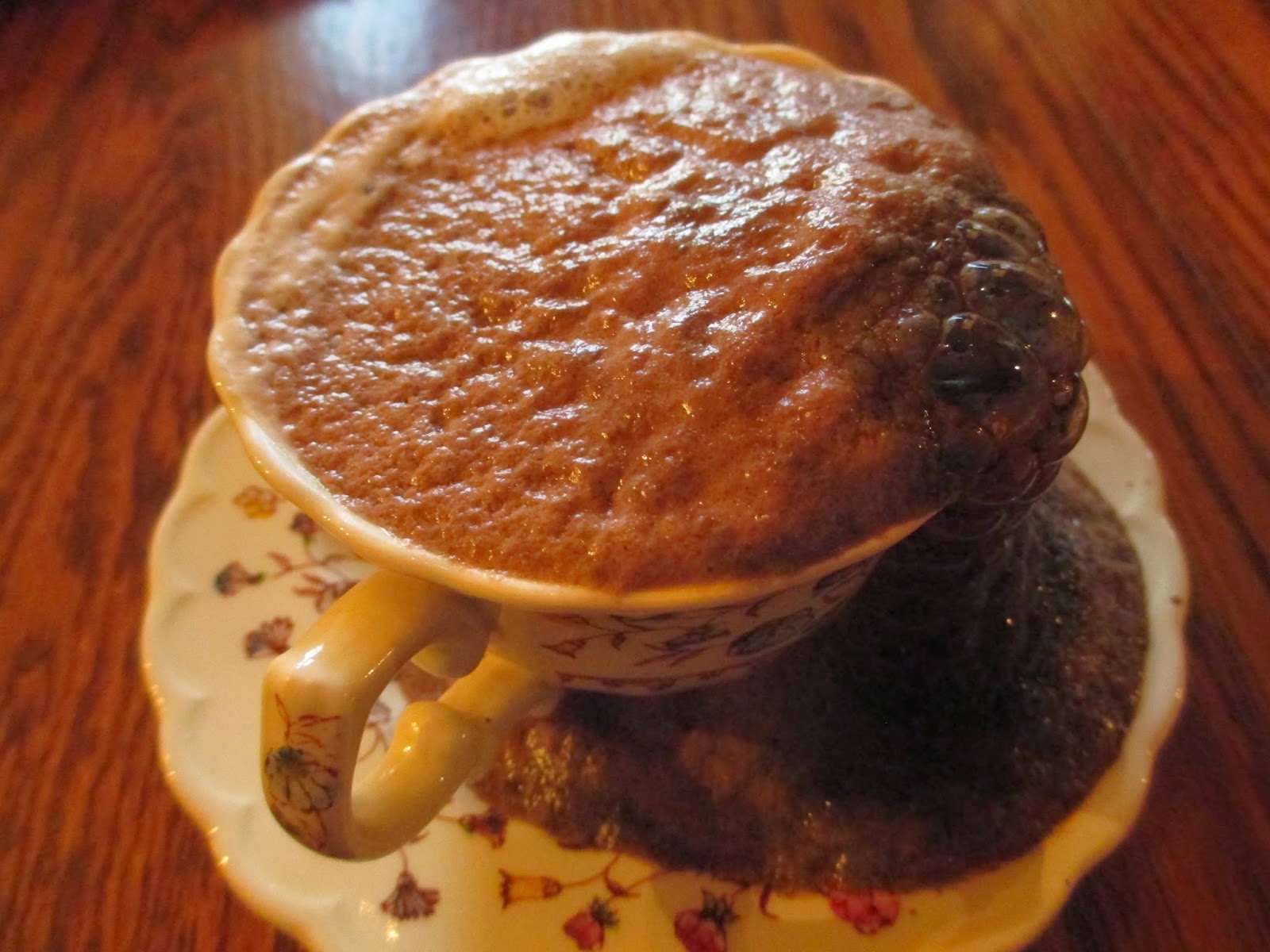 What happens with this drink is that the foam arises above a pretty standard hot chocolate. So with each sip, you get some of that foam and some of the regular liquid. The foam quickly becomes a frightening mix of brown and white color, and if you let it set for another minute, the foam will dissipate entirely and you're left with nothing but a messy rim on your cup and an ill-tasting hot chocolate.

It's fun as a novelty product, I suppose, though I don't see who would want to drink it. It probably has the most appeal for ten year olds (or the ten year old moment in us all) who just want to watch a tablet turn milk into brown foam. I don't even feel like using the other seven tablets.

Posted by Deanna Skaggs at 6:32 PM