Now We Are Insurgent

I'm trying to just let myself read these books quickly so that I can be free from their tight grip on me--I keep thinking of these characters, this world, the factions, the movement, the pacing, the images. It's great, on one hand, for a book to have a big impact--but it's also pretty hard when you still have your daily life to continue and that doesn't include sitting around all day reading or thinking about books. 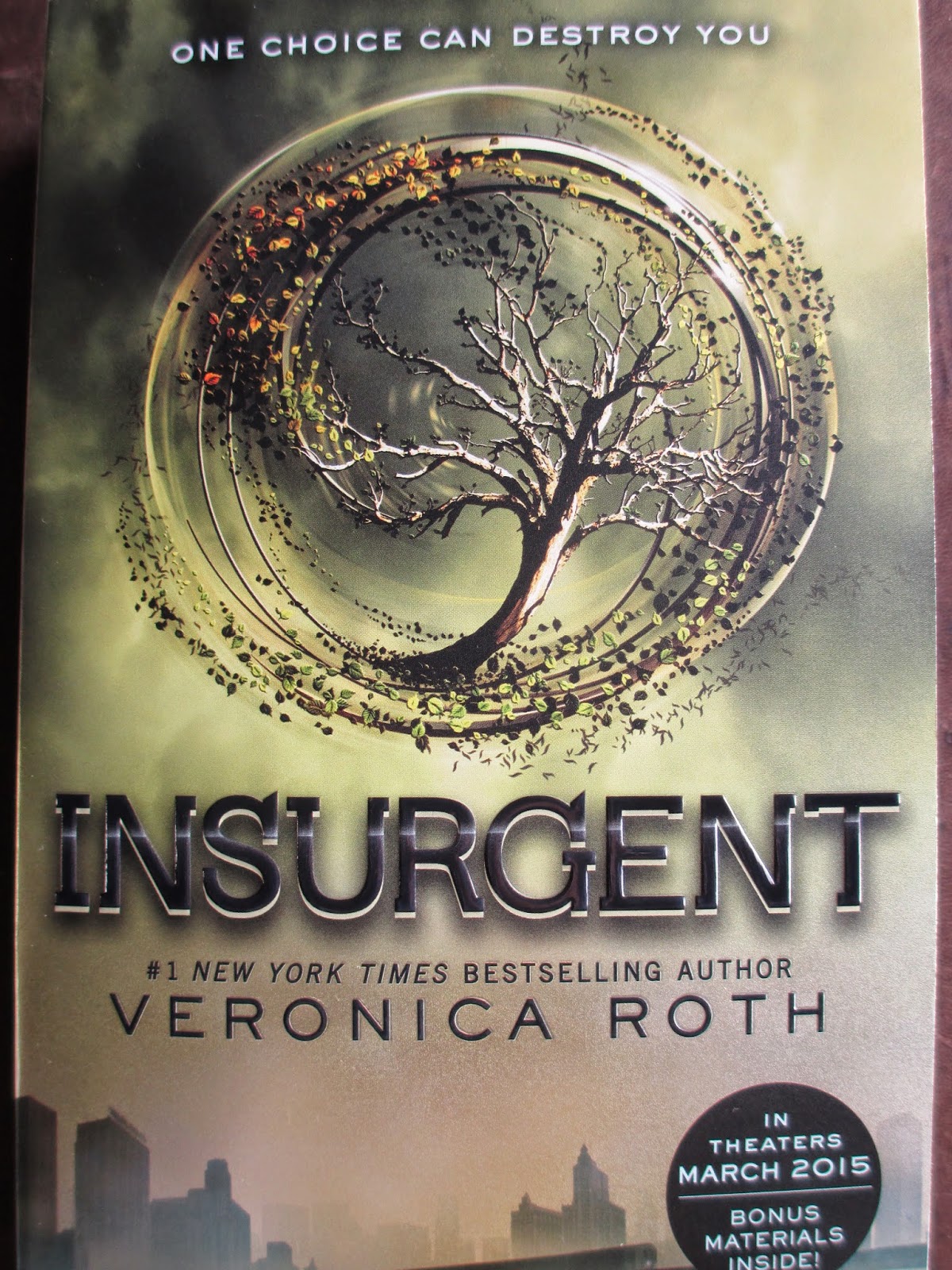 There's a certain disadvantage to reading something so quickly; it can all just become a blur. But by the time I'd finished Divergent (read that post here) and started Insurgent, this story was so much behind my eyelids that I just had to read it in every spare moment (well, maybe not every moment). Because this time, I didn't know the plot; the movie doesn't come out until March, so it was all new this time, and I had to keep flipping those pages. (There may be some light spoilers in my post this time.)


I had so very much to say on the first part of the trilogy and now I find myself nearly silent. It's strange to know what to say. I don't think I enjoyed this book as much as the first one, if you go along with a certain definition of enjoyment. In Divergent, I really loved how Tris decided she wanted to be strong and went on this journey to achieve that. But in Insurgent, she is different: she is more unsure of many things, including herself, and she isn't acting toward one goal because circumstances have changed so that she no longer has one goal to keep her in focus. So instead of letting the adrenaline and the excitement and maybe pride charge you along with her story, it was kind of hard to watch her walk through life in this book.

That said, Insurgent does exactly what the second book/movie in a trilogy needs to do. In the first part, characters are faced with initiation and then make some sort of decision (whether big or small) based on that (Frodo decides to take the Ring to Mount Doom, Luke decides to become a Jedi and fight against the Empire, etc.). It's all very exciting and fun. The second part, however, brings everyone to a darker place where there is more chaos, where they are thick in the middle of everything and either the answers do not seem clear or the way is harder than they had imagined it would be (the Ring becomes more of a burden and Frodo has to decide what to do with Gollum, Luke finds that Jedi training is complicated and has to decide whether or not to go help his friends and what to do with the information he has learned about his father). This is where Tris is; she's in a dark place.

She's lost her family and her community and all of the order that life previously had. All of the easy answers, the goals to work toward, are gone. Now not only does she have to get herself to do the right thing, she also has to figure out what the right thing is. There is so much to decipher and so much to take in that she doesn't always have an easy decision. And she is only a person: she doesn't have all the answers nor all of the willpower to do everything right all the time. But she finds her way back in the end, back to figuring out why she's alive and what she needs to do. Her journey toward this is rather brutally honest.

While all the shooting was starting to wear on me and I maybe could've done with a bit less kissing in the first parts of the book, there was some really interesting commentary and exploration of personality, or maybe we should call it personal choice. As a reader, you don't always know where to side: we're used to living without factions, so it's our tendency to want this society to get rid of them, too, but for them getting rid of factions means getting rid of all order and peace and all of the ability to do what's right. So then that leads you to think about the factions themselves, what they were founded on and what they've become. It makes you think about your own motives in doing things. What drives a person to do something? What drives a person to do something that is right? Is there a way that "doing what is right" can be unified in a society, especially since everyone has different ideas about what is right?

I'm now not only interested in watching the events unfold just for the sake of watching, I'm also curious what exactly the details of those events will be. (Side note: I'm so glad we found out what "the information" was before the book ended--and that Tris and Tobias made up.) Whatever course this society and these characters take, not everyone will want to agree--and that isn't entirely a bad thing. If people don't agree, that means they're individuals. They just have to find a way to agree about what is important. I can't wait to see that happen. (Oh, and I suppose I did have a good amount to say, after all. I'll stop there for now.)