Well, I was supposed to be posting on the last Hobbit: Chronicles book, but when I was coming close to finishing it, I set it down and picked up Divergent instead and didn't go back until I'd finished the latter book. If you haven't read my thoughts on the movie from a couple of days ago (you can read those here), read them first because I'm going to build on everything I said there. 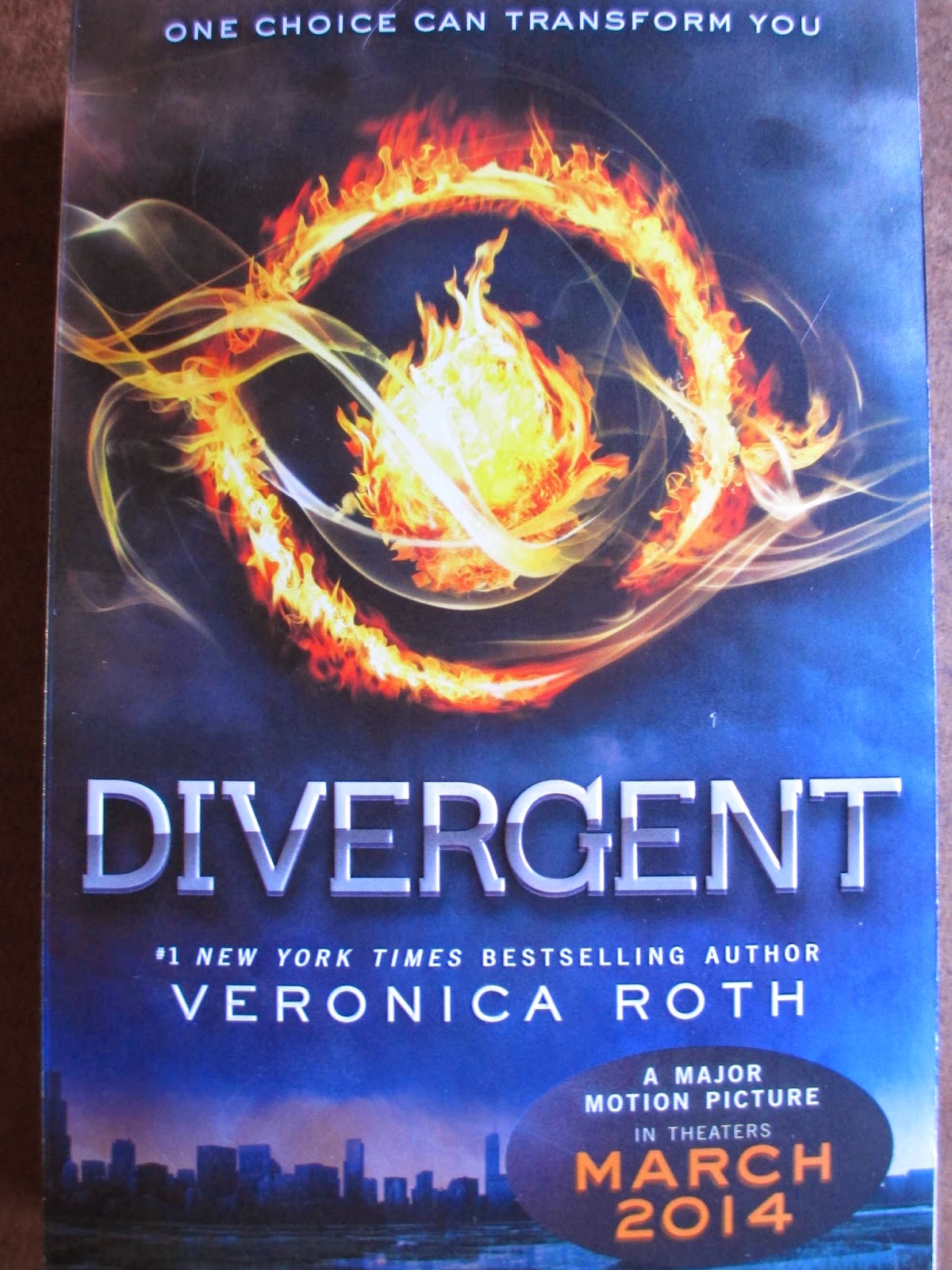 As a literature person, I would rather say that I read a book before watching a movie--and that is usually the case (except where I only watch the movie, because I'm not interested in reading the book at all). But in the cases where I've gone in the reverse order, I have found that it can often be better: you can more clearly see what the movie does have to offer without being distracted by minor things that are different from the book. If, however, the book is mediocre, the fact that you know where the plot is going will make reading it feel boring and redundant.

Maybe that's part of the reason why I hesitated to read Divergent. I really enjoyed the movie, and I knew that if I didn't also enjoy the book, reading it would lessen my positive feelings toward the movie. That, however, was not the case. Despite how close (in general) the movie was to the book, I still hated to put this book down and kept thinking about it while I was doing other things. I knew what was going to happen, so it wasn't suspense: I was just enjoying it.

I had said that the movie didn't feel as much like dystopia to me, and now I see why. This story isn't completely dystopia. I really like what Veronica Roth said in the back of the book about dystopia and utopia, about how fiction must have conflict and about how you can't really create a utopia in the first place. I remember reading Plato's The Republic in college and picking on how unrealistic his plan of the perfect society was--that's the kind of concept Veronica Roth is referring to. And so if you take what she said, about how the world of Divergent is a society that was originally built on ideals but has become corrupt because that's just what happens with flawed humanity, then you arrive at a concept that I find rather separate from dystopia. This world isn't (the way I see it) about the corrupt and oppressive government: it's about people. And people stray and wander and make bad choices and sometimes that can lead everyone to dark places--but that's why it's important that they find a way (often from the guidance of others) to get back into making good choices.

I was surprised, when I began reading, at how young Tris's voice sounded. I realized that she was probably a bit younger than she looks in the movie, but in the first stage of the book she reads more like a child than a teenager. And that's part of the story and the theme. She starts as a child, feeling out of place and trying to do what she is told. By making a choice that is for herself alone, she begins the path toward growing up. She is doing what everyone must do in life: creating herself, deciding who she wants to be and then working to become that, whether or not it is easy. It's a very clear portrayal of coming of age. The society, the factions, the government, and the rebellion, they're all just details, the setting of the story (I don't mean to downplay the details: I think there is some very interesting commentary surrounding the factions and what they each aspire to be).

I enjoyed watching Tris's journey again, and I still enjoyed watching all of the characters. I was listening to music earlier and "I Believe My Heart" (from an Andrew Lloyd Webber musical I've, of course, never seen--I have the version of the song that's on Keedie's album, which is named after the song) came on; I named it Tris and Four's song, though it's maybe a tad sweet for them. By the way, I'm also delighted to find that many of the songs on Veronica Roth's playlist for the book are from Flyleaf: you know how much I love Flyleaf and their lyrics. In fact, I'd say most of their songs fit this book pretty well--and maybe the reasons why they fit so well are also the reasons why I still like this story.

I don't know how much I like it. I've observed that it usually takes about a year from your last exposure to a story (whether it's the last book you'll read or the last movie you'll see in the series) to really see how much you like it. Some things are more temporary than others. Some fade more; some linger. So I can't speak to any of that. I'll just say, for now, that I'm enjoying this story.

Posted by Deanna Skaggs at 5:49 PM