Zebras, and Tigers, and Bears, Oh My

Last Friday morning, Out of Africa Wildlife Park welcomed a new baby zebra--so naturally I had to go and see her on Saturday. As of Saturday, she was still unnamed; I'm not sure if that's changed by now. You can see her when you go on the Safari Tour (which is also where you can feed the giraffe). 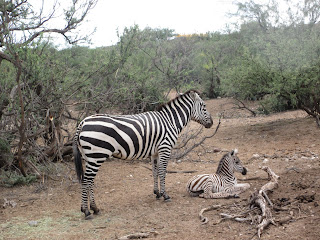 I was a little worried that she would be away from the tram, but we drove right by mother and baby. 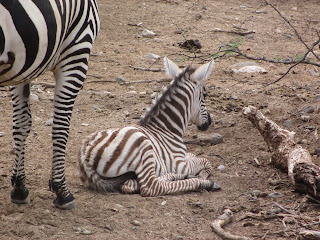 Have you ever seen a day old zebra in person? I wasn't exactly prepared for how beautiful she would be. 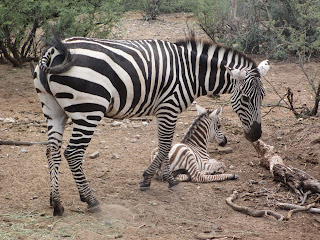 And then, while we were stopped beside them, she stood up. A little wobbly like Bambi while standing, but pretty sturdy once she got up. Adorable. 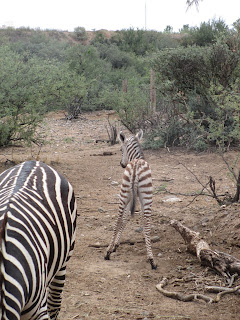 There is also a five month old (I think I have that number right; I know I saw that one at one month old earlier in the year) at the park; I didn't take that zebra's picture this time, though. 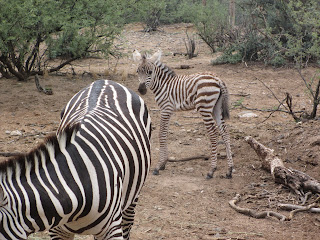 It kind of feels like meeting a new friend, someone I know I'll be coming back to visit many times to watch grow. 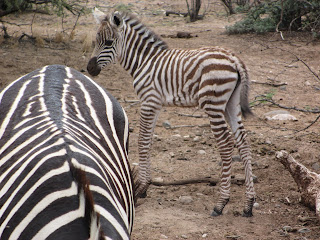 Here also is the obligatory Tiger Splash picture (with Chalet again). I usually try and get one decent picture during the show. 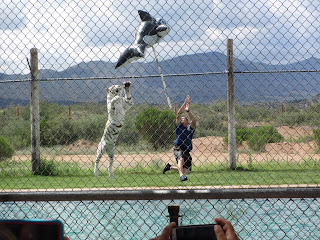 And speaking of watching friends grow, have you seen Sycamore lately? He's their year-old Grizzly (he turned one in January). He's growing into quite the energetic little (or big) bear; now they have playtime with him--dressed up in bear, tiger, and mammoth suits. That's right, the picture below is a man in a bear suit racing a Grizzly bear. And Sycamore seems to love playtime with his friends. 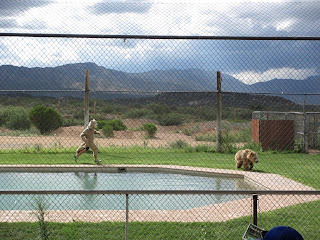 At the end, you still get to see Sycamore drink his bottle: he's still young, despite being quite big already. Goodness he's grown since I last saw him in Wonders of Wildlife (I think that was back in November: it's an afternoon show that I don't always stick around late enough for--well, the last time I was going to, it started pouring and I decided I'd rather just leave than get drenched and struck by lightning to see a bear drinking a bottle, though maybe it would have been worth it?). 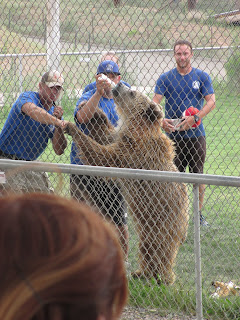 Out of Africa, you're a place like no other.

Posted by Deanna Skaggs at 7:38 PM