Just some more random, imported chocolate from World Market today, nothing special. Except that, you know, it's Irish chocolate with toffee. So I bought it. You know. 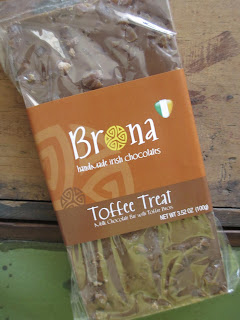 The look is certainly fun. That clear wrapper shows the toffee pieces in the chocolate on one side and all of the Celtic designs on the other side. Quite pretty. The chocolate's aroma is caramel milk chocolate, strong like in a confection shop. 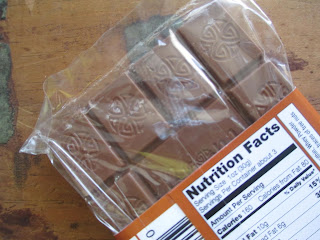 As already mentioned, the toffee comes in little pieces embedded in the chocolate. It's wonderful toffee, too. While it is, of course, hard, it also has some give and stickiness to it; it isn't the rock solid type. It also comes with a fantastic cooked sugar taste that gives some of that creme brûlée flavor. 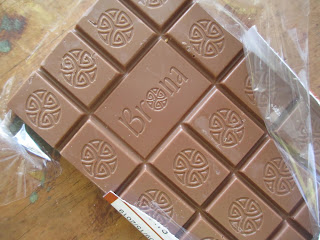 There isn't much more to say. It's pretty straightforward: for toffee fans, this chocolate is a win. It's just what you want from a casual confection.

Posted by Deanna Skaggs at 9:42 PM