The Painted Desert has my heart, truly. When I'm there, I feel like I am the land. Most often, my trips up to the Petrified Forest are in September, when everything is in bloom (which also makes it the worst time to go if you have allergies, which I do not). This year I was too antsy, though, to wait and also wanted to mix it up. I had never been in August before and the land looks different depending on each season. 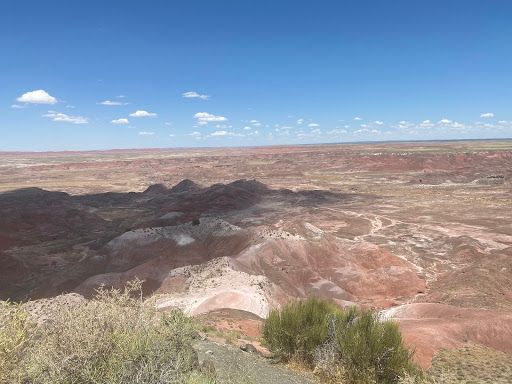 It's quite healing to be outdoors, too. This is a great destination for a solo visit because you're within the safety of a national park (versus the anonymity of a random trail) but it can feel very wide open, too. I sat at lunch in the empty picnic area with just a raven for company--and the blowing, blowing wind. (Yes, the park was emptier than normal currently, but the picnic area has always been empty in my past experience, too. Maybe everyone grabs fast food on the road?) 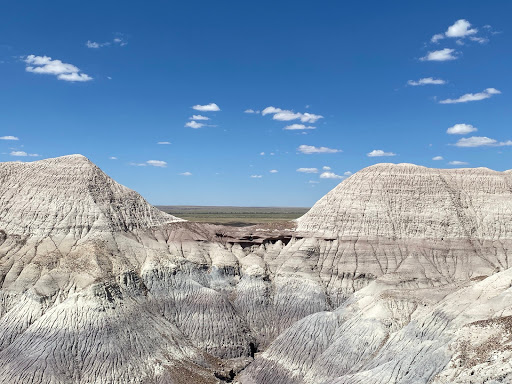 I tried to make this trip a little bit different than the usual. The park contains a 28 mile road that you drive along, with various look out points and stops along the way and a few trails. You can spend a short time or a very full day or any amount of time in between. Given that I still had quite a drive home, I skipped some of the look out points that I've ogled at before to save time. I'll see them again another time. The Blue Mesa trail is one of my favorites, so I had to walk that one. I skipped the Agate Bridge and Puerco Pueblo. But I walked the Crystal Forest, which is one and a half minutes and gets you close to some lovely petrified wood, some dark and some sparkling. 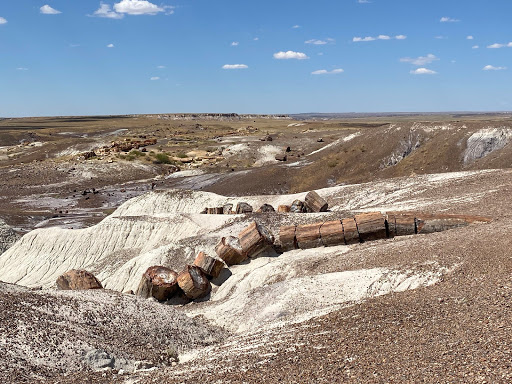 Then I made my way up to the Long Logs and Agate House trails. Now, they are only about two miles when combined. But you can no longer drive up to the trailheads, so you have to walk from the visitor center parking lot. And that's I think a mile and a half or so. So this is a long walk through plain, grassy land that is quite beautiful but also quite long if you've already been out in the heat for a while. I can see why most people end up skipping this one (it's also kind of hard to spot now, unless you're specifically trying to get to it). 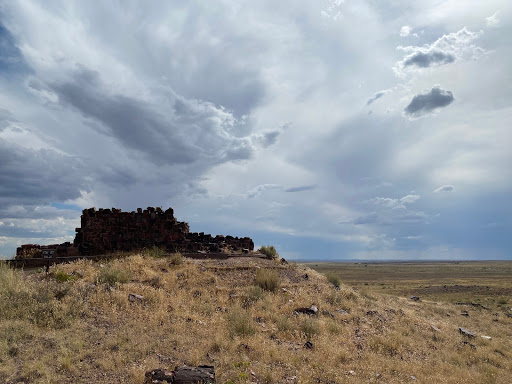 But it was a lovely cap to my day. I passed a pair of people when I was going in and saw another pair at one point. Otherwise, for the hour or so that I walked along I was completely alone. The wind had settled somewhat, but there was a storm gathering to the southeast as per usual in summer. That made for lovely views. The grasses spoke silence around me. My skin was growing tired from the heat (the low 90's were fairly comfortable but were starting to get exhausting at the end of the day), but I welcomed the chance to feel tired from sun and slopes. I've been indoors too much this year. 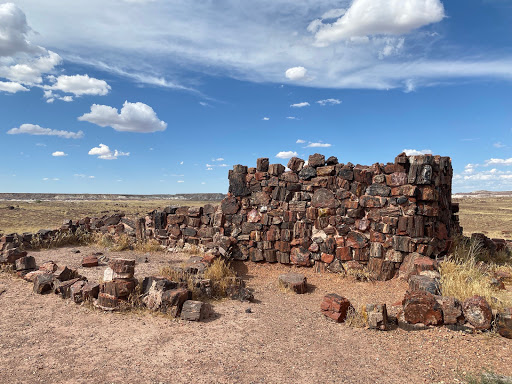 The Agate House is the ruins of a building from a thousand years ago. It was partially reconstructed in the 1930's, which the sign made sure to mention isn't something that would be done today. But it certainly makes it more fascinating to look at. Big chunks of petrified wood used like stones in the construction create a style like the river rock buildings in Cottonwood, though formed together more like the structures at Wupatki. I was so thrilled at the little house on the hill that I got to admire all on my own. 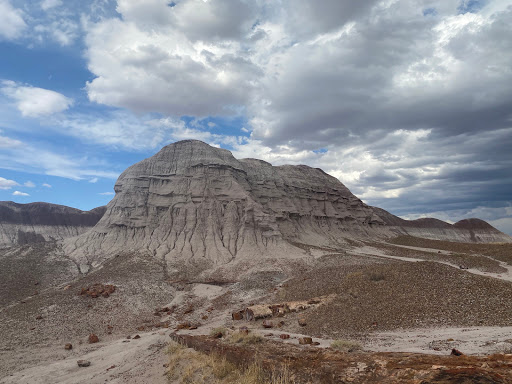 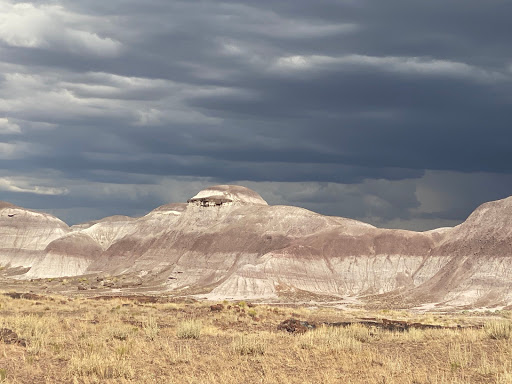 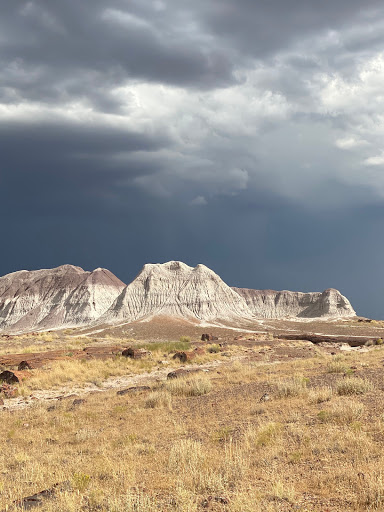 Posted by Deanna Skaggs at 9:39 PM