Looking Back and Forward

Over the past year, I've been hinting about things going on in my life. Today I'll share part of what has been happening.

I didn't realize until last year that I had written two books about depression (while my novel of course isn't autobiographical, you do pour indirectly into your writing). It just depends on what words you use, I guess. I said "darkness." So I had a "wait, what, no" moment when people started to use the other word in reference to me. You see, panic attacks (characterized first by chest pain and some rapid breathing, then with the third one by full hyperventilation plus numb hands) led me to, well, desperation. I took steps. Someone at church I could talk to, and a professional counselor, and then a doctor. 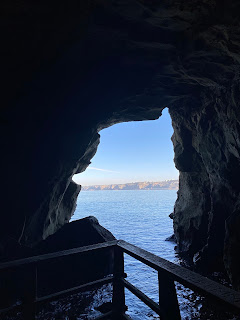 The doctor I didn't go to specifically for the panic attacks, but that's beside the point. Point is, I hadn't previously gone to any type of doctor besides the eye doctor and dentist. I said I wasn't sure if that was because I was afraid of all the things they'd find that were wrong with me or that they wouldn't find anything wrong. Of course this doctor did find something wrong--just not what I had expected.

Not that I hadn't ever noticed it before. But I just never gave a second thought to the lump in my neck. I suppose on one level I didn't want to know; on the other I literally didn't even know what it meant, so it didn't seem to matter. So. A thyroid ultrasound confirmed the presence of a fairly large nodule (it's visible in pictures of me). I went to an endocrinologist and had a biopsy done of it last March.

Well. They had to run additional tests on the sample, so it took a month before I got the final results back. In the chaos of spring 2020, I was waiting through my own personal difficulties. Though all indications seemed to be that it wasn't cancer (and my thyroid blood test had been normal even using a much narrower range than most doctors use), there was a chance of cancer based on the results. So they were recommending surgery as the only way to tell if it was or wasn't caner--which would mean removing the whole thyroid and therefore making it necessary for me to be on medication for the rest of my life.

Of course, at this time elective surgeries were halted. So I thought it funny that this thing that had been developing slowly for at least a decade had only come under the attention of doctors when I literally could not have surgery. I don't think that's a coincidence. The idea of surgery scared me like it would anyone else, so I tried to just not think about it while I had the chance not to (after all, this was completely non-urgent). But over the next couple months, some new friends of mine mentioned that I might want to consider seeing a naturopath. At the very least, it could be like getting a second opinion.

While I like buying organic and using vinegar to clean instead of toxic chemicals and things of that sort, I honestly didn't really know what a naturopath meant. So I'd never looked into it. In case you're like me in unfamiliarity, I'll make the distinction that naturopaths are still medically trained like regular doctors are--except not like regular doctors because they also train in different methods. (It isn't like making an appointment with the person selling tea and herbs at the swap meet.) They look at the whole body and focus on helping the body to heal itself so that the root causes can be treated rather than just the symptoms. So it takes time and lifestyle changes.

What I didn't like about the idea of surgery, besides the mere idea, was that it didn't seem to even care why this had happened in the first place. I didn't want to fix the symptoms and then create more issues by removing an important body part. I wanted healing; I wanted to address the core issues. So I've been seeing a naturopath since last summer, and there should be no need for surgery. A second thyroid ultrasound in October showed some small improvement, and while I certainly expect to see more, it's a long road. Again, this didn't form overnight, so it won't go away overnight, either.

Thyroid issues in themselves can cause anxiety and depression. There has probably, then, been a physical factor to my bad anxiety in the last couple years. But what also seems to be the case is that years of bottling things up just kind of exploded on me. I started literally bursting from my skin. So I've been taking a look at myself and my mind and my life and sorting through it all. It's a process, it's a process. 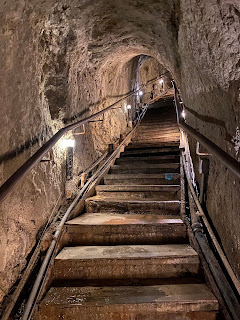 It's one of those things where, well, yes, God could just heal me. But I wouldn't learn anything from that. I need to let him heal all of the hurts of sorrow in my life. So I've been trying to take time for rest and reflection so that I can destress and find joy and give my body a break. I'm taking my medicine and listening to advice. There is improvement, in various ways. And if those moments come when it feels like I'm literally choking on anxiety and I can't stand being in my own skin, I declare that God is greater than all. It's quite nice to know that I am loved and cared for by the Creator of the world and to know that none of this alters that fact. I've been experiencing this great explosion so that I can walk out of it with more assurance and greater peace.