You know how it is, when you decide to go outside and sunbathe for just a few minutes, you turn on some music, and then three songs in your iPhone stops playing and says to please let it cool down before trying to use it. Oops. If the iPhone's too hot, maybe it's too hot for me, too? Nah, I'll stay out a few more minutes, anyway. And I did.

Then I thought I'd do something more typically summery than sitting out in the too-hot weather. Ice cream is summery, right? Time to bring out that container of Ciao Bella Dark Chocolate Gelato again. 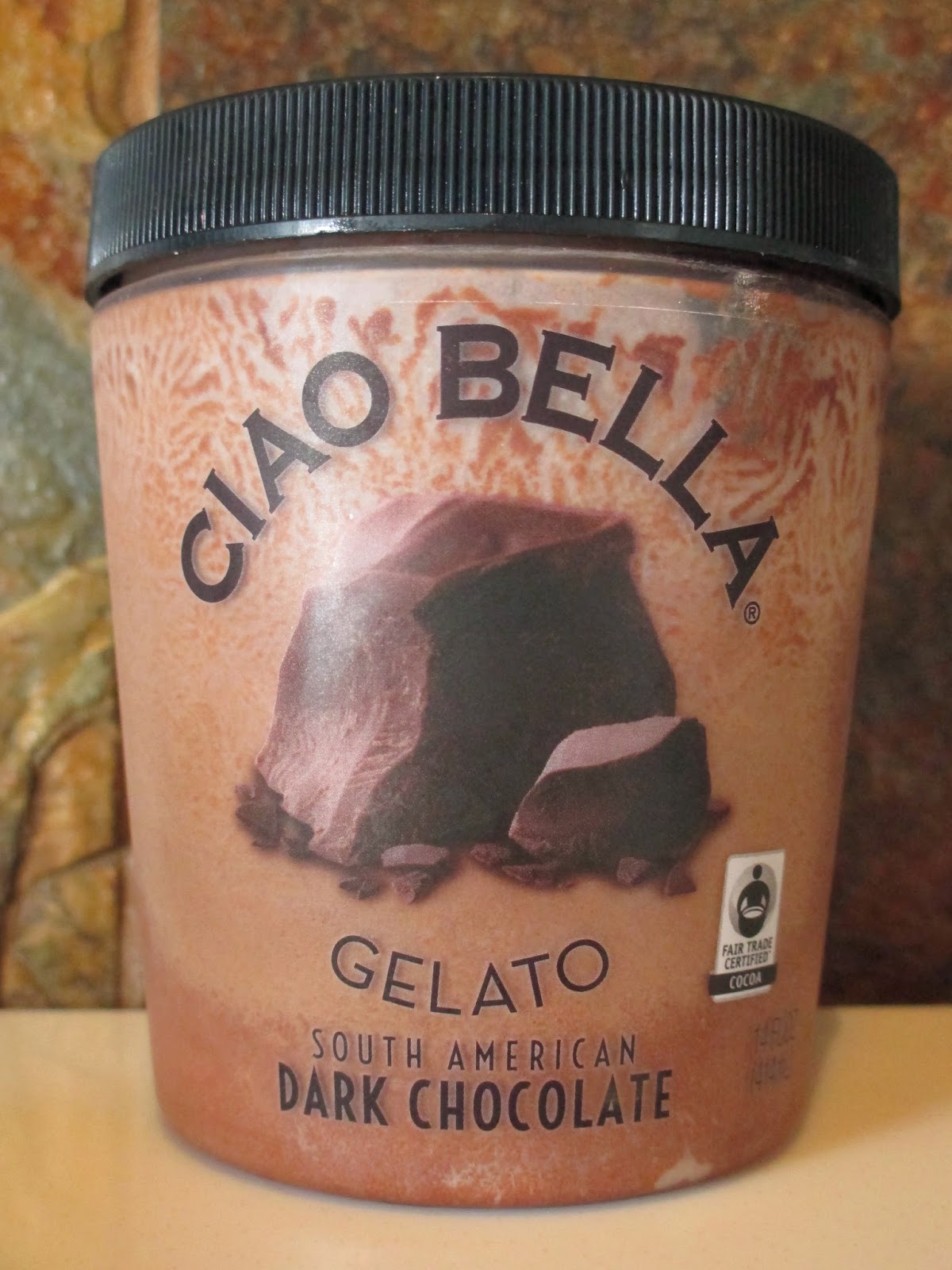 The problem is, I don't like ice cream that much. I'll enjoy a little if I'm eating it, but I don't crave it and I don't eat it by the bucket. Then again, I tend to buy the smaller, more expensive ice creams, and it's the big tubs of cheap stuff that have that addicting quality like fast food, isn't it? However the case, I opened this little Dark Chocolate container before and had some, then left it in the freezer without taking any pictures--or without finishing the gelato before it started to crystallize. As you can tell by the picture I finally took.

So in my weirdness, I have mixed commentary to give. One, I appreciate that Ciao Bella used Fair Trade cocoa in this gelato; they also use organic cane sugar. As far as you can tell from an ingredients list, the ingredients look pretty pure. That's always good to know. If you look at the little "story" on the back, you will also find that the chocolate used (both chocolate and cocoa powder are added) is from TCHO. That's how Ciao Bella can get fair trade and organic chocolate for their gelato: they get it from a chocolatier. I've seen TCHO around, but haven't tried a huge amount of their chocolate; mainly I think I've dismissed it as probably good quality but not particularly interesting to me personally.

So this gelato is not for me. But if you are looking for a dark chocolate gelato that tastes of real chocolate and has real ingredients, here it is.

Posted by Deanna Skaggs at 5:13 PM