Gifts from the Doctor

That title sounds funny if you're not thinking of Doctor Who, doesn't it? But ever since I started watching, the phrase "the doctor" only reminds me of one character. Of course, the gifts I refer to come not specifically from the Doctor, but almost. The Hillywood Show has been shipping out the gift packages that went with donations to their Doctor Who Parody fund. Mine arrived this week. 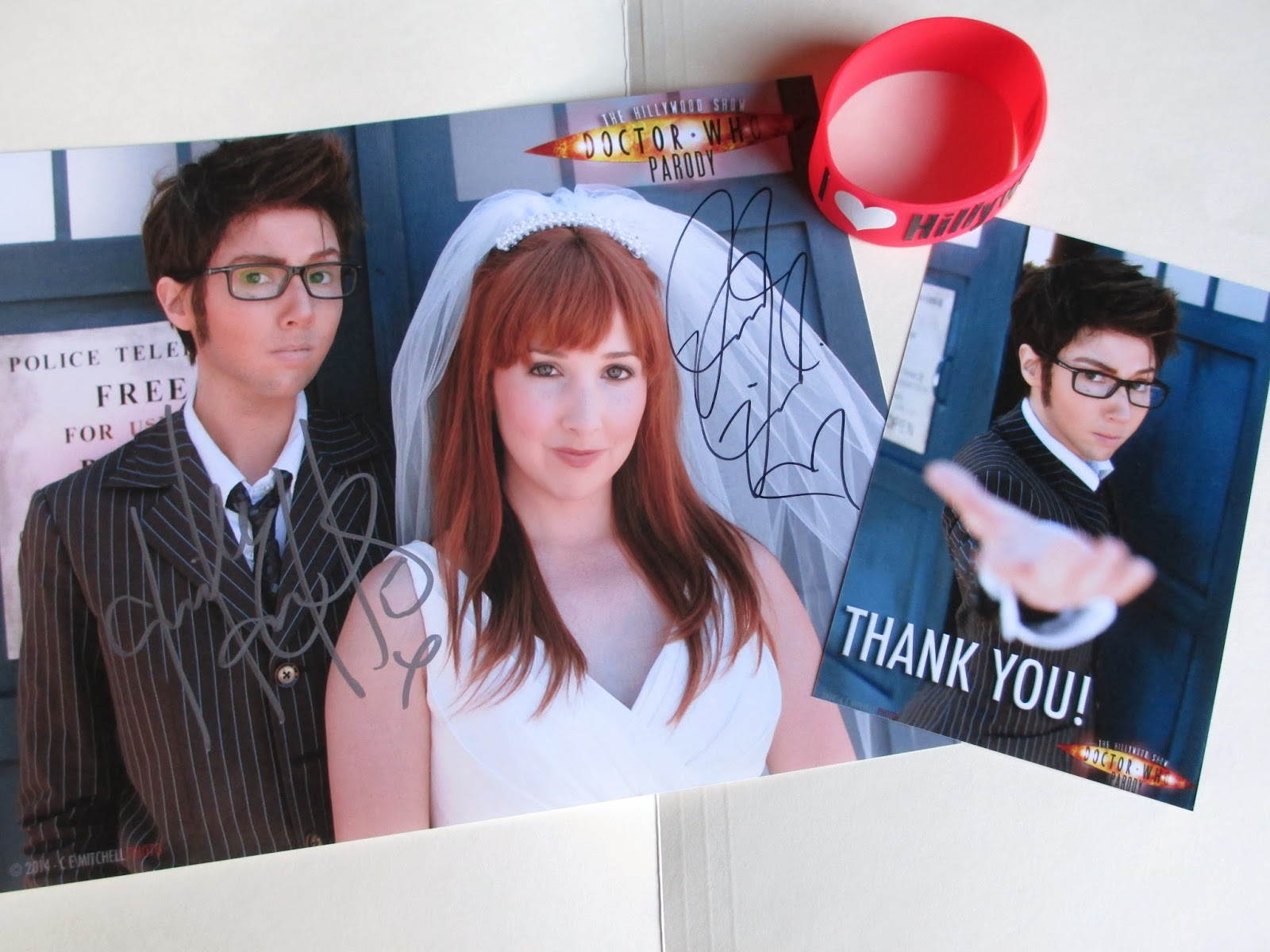 I had kind of forgotten what my package included. I have an autographed photo, a thank you note (handwritten on the back), and a new wristband (I still have my thinner, white one from years ago). I think I have six autographed pictures now? Time to get another frame--and also time to watch the parody again:

What's more exciting is that these gifts come right before Season 8 of Doctor Who begins airing next week. This is the first time I'll be watching the episodes as they come out. I'm so very glad that they air on the same day in the U.S. as in the U.K.

Posted by Deanna Skaggs at 6:05 PM

Labels: Doctor Who, Doctor Who Parody, The Hillywood Show