I went to see an old friend while I was at the Happiest Place on Earth. Her house is so pretty, kept nice and neat and bright with flowers. It had been years since I'd visited her. 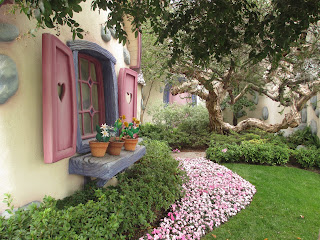 I really had to make it over because, as you can see, I'd dressed like her, right down to the lace-edged shorts under my skirt. You know, I'd heard people say that a dress is a great option for Disneyland because it's comfortable and you can add leggings when it gets cold at night. I'm a dress person, but I always wear jeans to Disneyland--until now. The dresses were great. (Though I did find that the fabric on this particular dress took a long time to dry, which did not go well with my Grizzly River Run soaking.) 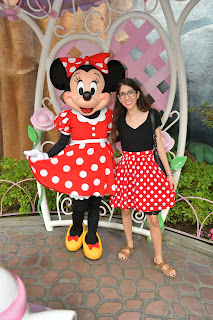 I only regret that I usually take off my glasses for posed pictures and I forgot to with Minnie. Guess I was more focused on meeting her. (I also forgot with Darth Vader, but maybe that was because I didn't want the increased intimidation of not being able to see when I was around him.) My dress had pockets, so I would put my glasses in one pocket and my phone in the other to have easy access to the PhotoPass code at the end. 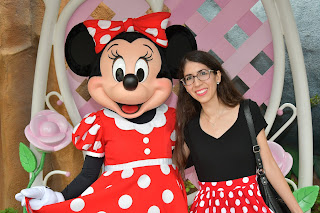 I also caught a glimpse of the Cheshire Cat while swirling in a teacup. I told you, I spent a whole morning (well, maybe not the whole morning) just bouncing around by myself to the PhotoPass spots--I highly recommend it. 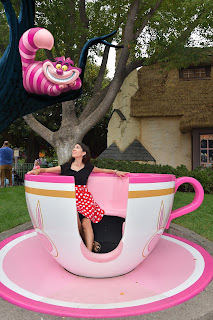 And the Castle, of course. 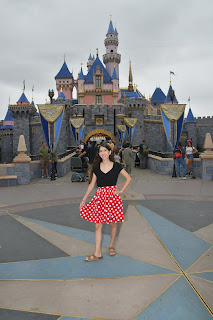 I noticed that they did many "magic" pictures with me--perhaps the magic is a little easier when there's just one person in the picture? Or maybe since posing is quicker with just one person, they're able to spend a little more time with you to get different types of shots. 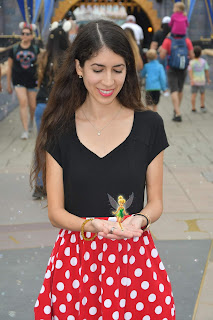 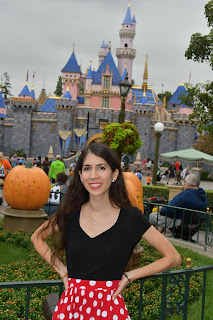 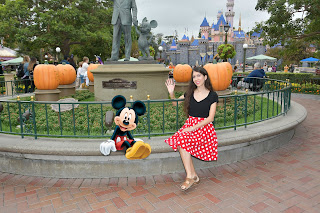 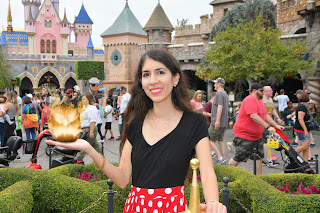 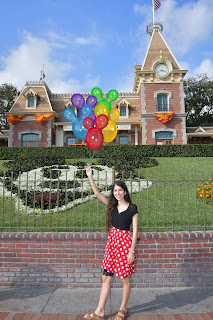 Lunch was at Carthay Circle in California Adventure, out on the patio. Carthay is gorgeous inside, though it was also a lovely day to spend outside. Also nice was getting to take a long break in the middle of the day. I didn't get very tired this trip because of the dining that we did, even though I'd never spent so long at the parks (two and a half days). 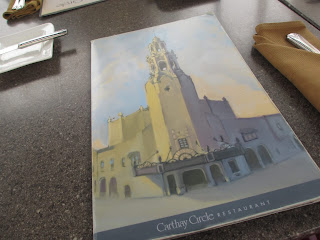 The best thing are their signature biscuits. Don't pass them up; they're full of fine dining flavor and flair. 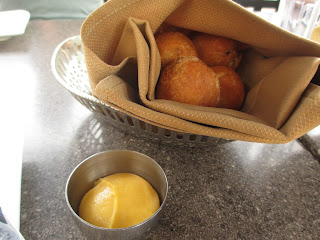 Speaking of fine dining, dinner that day was at Napa Rose over in the Grand Californian. Arts and Crafts style and California cuisine, a literal stone's throw from the parks. 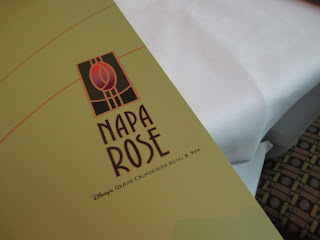 Glass windows overlook the hotel guest entrance into California Adventure. The drink is Pushing up Roses. 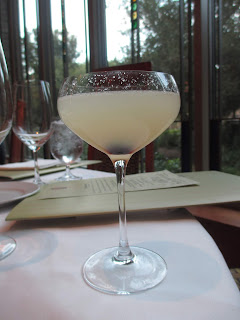 The entree was the Skuna Bay Salmon, which had a strawberry dust and corn relish. I couldn't picture how that would all go together, but it was stellar. Napa Rose lived up to its name as the best restaurant at the Disneyland Resort. 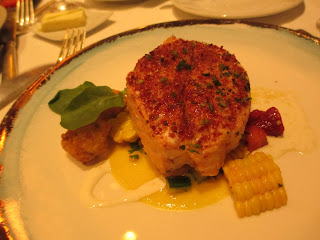 Though it was about three weeks after my birthday, this was when we were all able to get out there, so technically it was kind of all for my birthday. So if I got to indulge quite a bit, that's why. 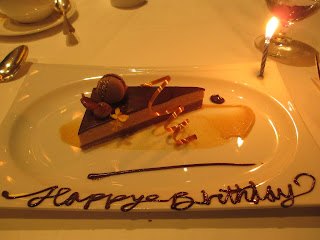 Breakfast the next morning (I told you we did a lot of dining) was at Carnation Cafe on Main St. Given that I'm usually into taking advantage of the shorter wait times in the morning, I never have breakfast in the park (unless it's something on the go). So it was super nice to get to do something so classic. 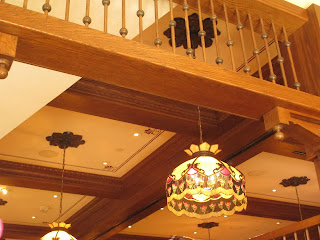 Afterwards, we saw Frozen at the Hyperion and the Coco street show by the Pier. The latter was nice but the former was amazing. Even knowing beforehand that it was a full, Broadway style show with high production values didn't change how great it was to finally see it in person. Beautiful sets and costumes, wonderful use of projections, and a talented cast. 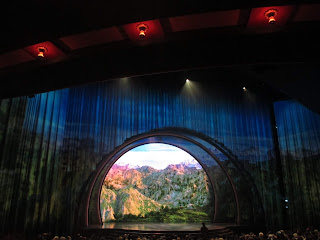 By this time, I was aching for salad and also picturing long lines in California Adventure, so we made our way back across the way for lunch at Rancho del Zocalo, where we also sampled some Halloween Time treats, the Frozen Abuelita Horchata, the Pan Dulce Ice Cream Sandwich, and the Orange Sugar Skull Pot de Creme. The pot de creme also tasted of Abuelita hot chocolate, and the pan dulce was (unfortunately for me) better than most of the bread I can find where I live (I mean, the one in Mesa isn't bad, but I also feel like I've had better and isn't there anything super good that's closer?). 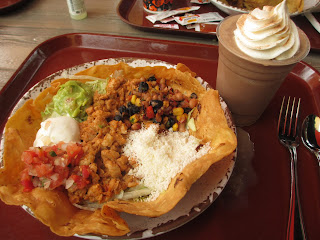 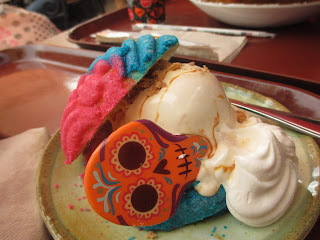 I spent an interesting balance this trip of spending time by myself, with one other person, with a small group, and with a large group (nine people, that is). I rode rides, I sat around, I watched shows, I saw street performances, I took pictures, I met characters, I ate food of both the fine dining and the park dining varieties. I caught the tail end of Fantasmic, which is my favorite part. I think I did it all.

It was all so wonderful overall that I do believe I dreamed it all up and then my dream became a reality through which I began to walk.
Posted by Deanna Skaggs at 5:11 PM