A rock stands in for the anomaly that they go through (and let me add that this rock looks more like the anomaly now that I have washed it clean--I think it will be the permanent stand-in anomaly). 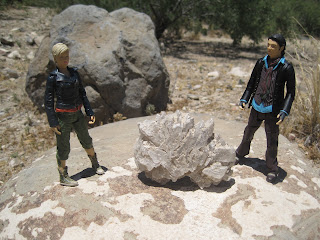 But Abby is in trouble; the mer-creatures are just behind her. 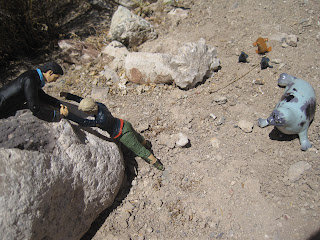 Despite the steepness of the cliff, Connor tells her she must climb to escape them. 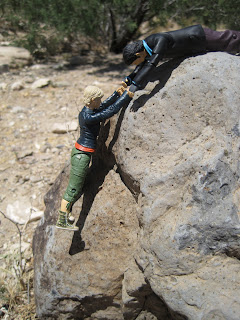 It's difficult going, but Connor isn't giving up. 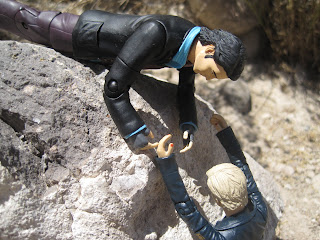 Abby begs him to let her go before they both fall; of course, though, he can't, confessing for the first time that he loves her. 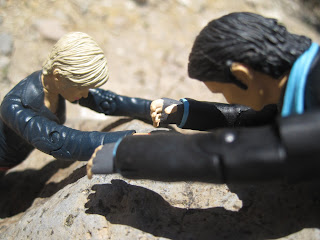 Fast forward a bit to Season 3 Episode 9 and the two are busy trying to deal with the herd of Embolotherium (the prehistoric rhinos). Abby sends Connor to keep the bull away so that she and Sarah can control the rest of the herd. 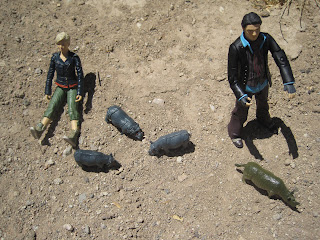 But Episode 10 is tragic again: stranded in the Cretaceous Era, Abby and Connor seek safety for the night in one of the pines, hoping that they will be able to find Danny in the morning and return home. 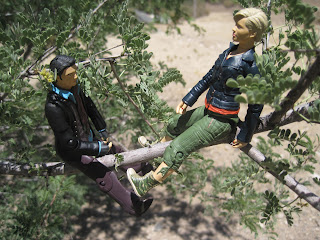