1)Fossils/dinosaur-related products - For years, I would visit the local annual Gem and Mineral Show, slowly building a collection of amethyst, peacock ore, and other such pretty trinkets. But I was never really interested in the fossils (although it's true that in third grade I wanted to be either a geologist or a paleontologist). That is, not until now--AKA my post-Primeval stage. I suddenly had a desire to buy trilobites. The perfect thing is that I have a little part-time summer position in Sedona, and Sedona happens to have a great store for such items. It's called (I think) Discount Gems and Minerals and is located right there in the main tourist shops section. If you don't believe that they have good prices, walk into other stores and see what they charge. Rocks are expensive. Anyway, I picked up this pair of rustic trilobites (more often, you see black ones for sale, but I like the grittiness of these) for a few dollars. There's another, bigger piece they have that I eyed, and I think I'd like to get one of those wooden 3D dinosaur puzzles one of these days, too. Primeval, you're to blame. 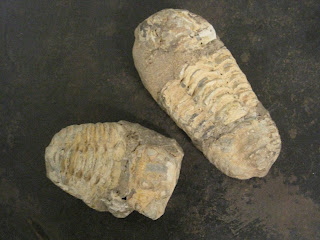 2)Flower flip flops - So maybe flip flops aren't the most fashionable, but they're such a norm in Arizona. In summer, even flats can be too hot to wear, and pretty, comfortable sandals (other than flip flops) can be hard to find (especially if you have any kind of budget). So I picked these up as a quick summer shoe; there were more colorful options, but I like that this pair will go with more options. And guess what? They're also from a fun store in the afore-mentioned area. 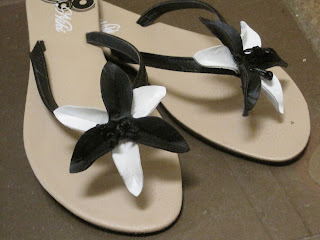 3)Iced tea - I usually drink more hot tea than iced, but now I know how to make iced tea more entertaining. Add ice cubes made with fresh lime (or lemon) water and a leaf of mint. Iced tea and lemonade, anyone?

4)Owl shoes - Okay, so I haven't been wearing them that often, but I am today. They're a My Sister's Closet find, and if only they were perfect for walking, they would be flawless. Green suede, leather owls and pink flowers, aren't they ridiculously silly? 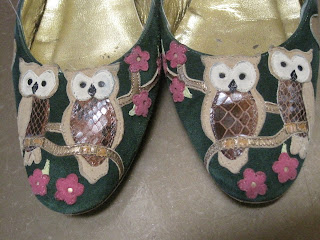 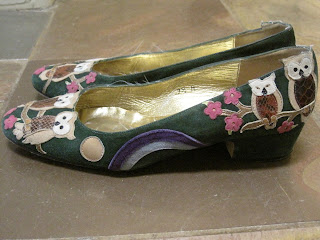 5)Frontier House - I've been watching this series on Sunday evenings. I guess it was filmed a few years ago, but it's entertaining to follow along with, anyway. The premise is of a couple of families going to live like 1880's pioneers for five months. It's probably the closest to reality TV I'm interested in. It's sort of ironic to be living historically, but documenting the experience in a modern way. But that's okay: it's fun to watch.

I know this is much abbreviated from my previous lists of ten, but I was starting to run out of things to add. If I keep doing ten, I'll have to start repeating myself.
Posted by Deanna Skaggs at 10:07 AM