1) Disneyland's 60th Anniversary - The only bad thing about Disneyland turning 60 is that I remember the 50th Anniversary Celebration as if it were only a couple of years ago, and that makes me feel old. Pretty soon it'll be the 75th, and I'll be saying the same thing about being there when the park turned 50. Anyway, I'm very excited about another decade going by for The Happiest Place on Earth, not least of all because I got to be there for it (not the actual day, but the same month, at least). More on that later. 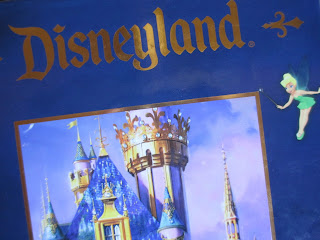 2) Gemstone Pendant - This was a gift brought over to me from Colorado. What's so nice about it is the oval shape, which makes it blend in nicely with my cameos, except instead of a face in the middle there is a glittering stone. Very pretty. 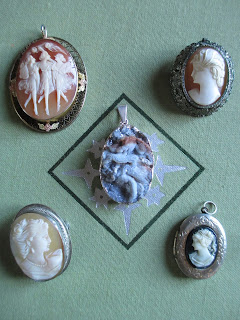 3) Cameo Conch Shell - Speaking of cameos, I went to an antique store with a friend; I was just stepping inside, really, and I most definitely wasn't planning on buying anything (saving for Disneyland, you know). But then I saw this thing and it was like the world ended: I didn't want to spend any money but I really wanted it. I hated myself for wanting to spend money, but I knew I would hate myself for not getting it, and I am so glad I did (side note: I did have the money for it--it's not like I didn't, and I'm not advocating spending beyond your bounds). I love cameos, which are carved out of shells, and here we have a cameo carved straight into the shell. Wow, what a beautiful, one-of-a-kind piece. 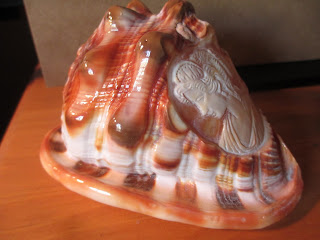 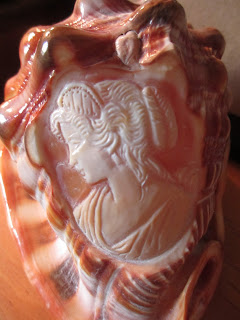 4) Arnica Salve - I do a lot of writing and such with my hands and so sometimes they bother me. I've started using this arnica salve from Cave Creek (which is near Phoenix). Arnica, rosemary, thyme, olive oil, rice bran oil, beeswax, shea butter--all good ingredients. I just wanted to give it a shout out as an alternative to other, less natural products; wherever you live, I'm sure there is a comparable product available to buy. (If not, you can always blend arnica and rosemary into some shea butter yourself.) 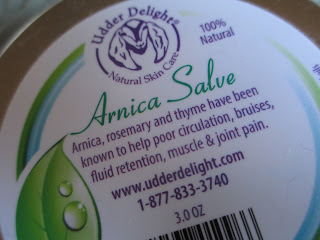 5) Taking some time off - The end of July here is my vacation time, so with that I'll end my favorites early; I really don't have anything much more to add. Until next time.