1) Downton Abbey Holiday Cheer Tea - Time to add to my Downton Abbey tea collection with their holiday teas. I believe this one is new this year, and I chose it over the others (which I hope to get later) because it has vanilla (along with cinnamon). I didn't realize until I brought it home, however, that it's rooibos instead of black tea. I would have preferred black tea. But the cinnamon and vanilla are still wonderful, and it's a good spiced tea for winter. 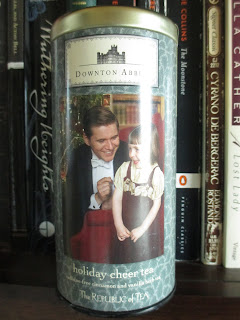 2) Suede Gloves - Some people went Black Friday shopping to chain stores; I went to antique stores on Saturday (mostly just to walk around, not looking to buy something) and happened on these gloves for six dollars. They're an almost perfect fit (my green leather ones I got at a different antique store for $14 are a perfect fit, though I'm glad I have another color option now), too. 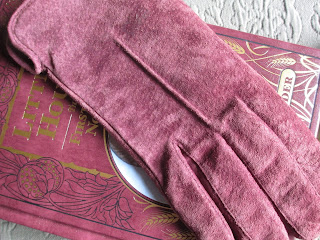 3) Downton Abbey Lady Cora's Evening Tea - This one isn't a holiday blend, but it's good for the holidays because I tend to drink more tea when it's cold, making herbal tea a good addition to the mix. Along with the chamomile and lemon balm, there are quite a few other flowers in there, too, to keep the flavor interesting. 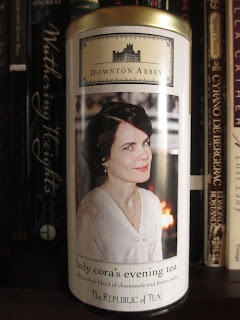 4) Wise Man Ornament - I like camels for some reason and they're my favorite part of a Nativity set. I already had one of these ornaments; this year I got the other two to go along with it and complete the trio. Here is one. 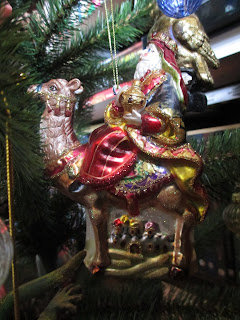 5) Enchanted Forest Coloring Book - Actually I've had this one for a while; I just keep forgetting to include it. While this type of coloring book has been so popular lately, I think that Johanna Basford's are the best. All the detail, yet with pictures instead of just having patterns. And the whimsy and prettiness are just what I want if I'm starting back on coloring books again. I got the 50 color Crayola colored pencils set to go along with it. 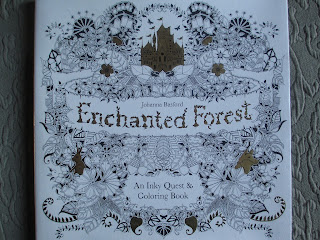 6) Wise Man Ornament - Here is the other one. 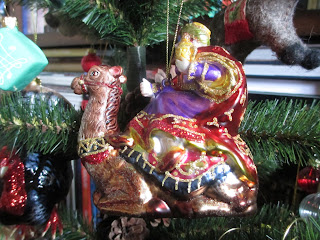 7) King Leo Peppermint Sticks - I thought these looked like they would be good, and I was right. They're sort of like those chalky after-dinner mints, which I love (is that strange of me?). I found them at Hobby Lobby, by the way. 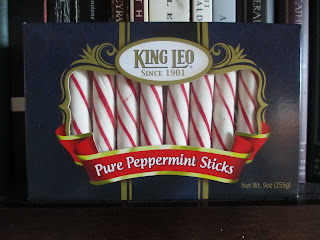 8) Wise Man Ornament - And here is the one I had from before. 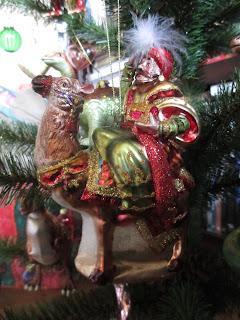 9) Zhena's Holiday Tea Set - Sometimes sets have good flavors and not as good flavors; this one just has good flavors. Sugar Cookie was a surprising stand-out and maybe my favorite, packed with spices like ginger and black pepper and nutmeg. Peppermint Mocha tastes much like one of the holiday teas Trader Joe's sells, with that creamy minty flavor. Gingerbread Chai has the usual flavors, just a little smoother. English Toffee is the most basic of the four and the one where you can taste the rooibos the most (they're all rooibos except for Sugar Cookie--maybe that's why that one is my favorite). 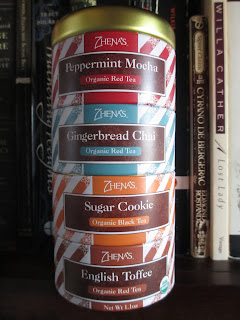 10) Triceratops Ornament - I keep a little tree with mainly just animals (that's why the camels fit in), some of which are dinosaurs. The new one this year is this blue triceratops. 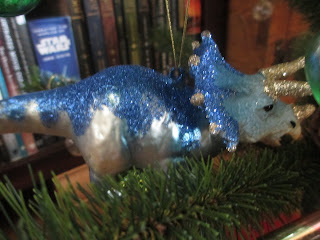 Posted by Deanna Skaggs at 2:59 PM