1) Tea Set Necklace - Sometimes craft stores have interesting jewelry, at low prices, too, since they have a lot of sales. This tea set was intended for a bracelet, but I strung it up on a gold necklace chain instead. 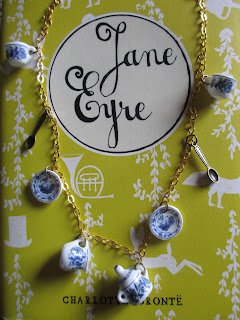 2) World Market Bamboo French Press - I'd been thinking of getting a French press: I like to drink coffee sometimes but not every day, maybe about once a week. So using this instead of having to get out the coffee machine from its hiding place in a cabinet is much simpler. And coffee machines get dirty easier, don't they? You rinse them out and run a cleansing brew through, but they just don't feel new anymore after a while. The French press is simple to keep clean and to use and of course I love that there are no filters to throw away. Because you can see the coffee brewing, it's easy to brew it a little darker or a little lighter depending on your tastes--and it makes it more like brewing tea. I finally got this French press because I liked the bamboo on it: woodsy materials always win me over. 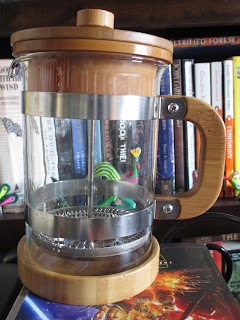 3) Abeo Brittany Sandals in Tan/Brown - Another thing I'd been planning to get was a pair of sandals for summer, some that actually provide foot support. I don't want to have to buy comfort shoes when I'm older because my feet, knees, and back hurt--I want to start buying them now so that my feet, knees, and back don't get so abused. The problem I run into, though, is that many of the comfort shoe brands make wide shoes and I have thin feet. The salesperson at The Walking Company was a great help, though, and pointed me out to brands that would fit me better. So I got this pair from Abeo. They're in that basic style that Birkenstock makes--but Birkenstocks are very wide and Abeo shoes are narrower. So they fit great. And they're in this nice light tan color (almost with a hint of rose) that fades away when I'm wearing them, so I can wear them with shorts or dresses and any color outfit. 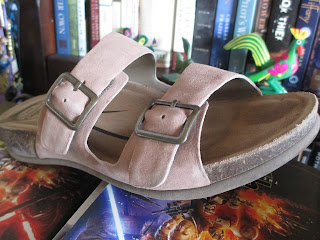 4) Equal Exchange Earl Grey - I'm still enjoying Equal Exchange tea (I don't know where else to look for good quality, organic, fair trade, loose, preferably bulk tea). Though I don't get Earl Grey as often anymore (Darjeeling is my favorite, though regrettably none of the stores I go to carry Equal Exchange's Darjeeling), this one is pretty good: you can still taste the flavor of the tea alongside the bergamot. I almost want to call Equal Exchange's tea malty in flavor: it's rich and flavorful and rounded and smooth and deep. 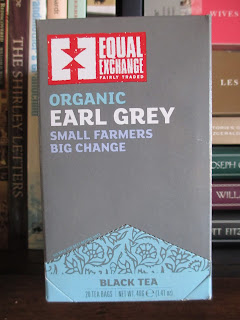 5) Straight Hair - I mentioned in my OOTD post that I've been liking my hair straight again instead of just curly. I think it's finally gotten to that nice and long length where straightness looks good; before maybe it was at too in-between of a stage. Or maybe the cut was a little different. Only thing is, with the weather warming up, I'll be letting my hair air dry with curl cream soon--so I'll have to say goodbye to the straight hair for another season.

6) Bella Grace Magazine - I happened on this one at JoAnn's Fabric. Now, I've never been into all the little signs and quotes about "today is a happy day" and "be all you can be" and "I see rainbows everywhere I look." (I don't mean to be rude: if you like signs and quotes, that's cool. I just don't like them.) But I do believe in positivity. And I like pretty things. This magazine is exactly the kind of positivity I try and seek, the kind that acknowledges imperfection and is about living your whole life and not just pretending that everything is good or should be perfect. It has articles by different people saying something about some part of their lives, or something they've discovered. And there is beautiful, nature-inspired, feminine yet earthy photography to accompany the text. One woman talks about the beauty of worn quilts: they're worn because they have been well-loved and used. Because of its philosophy, this magazine is beautiful--and its images and its writing are likewise beautiful because of what they are expressing. 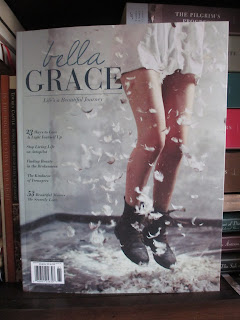 7) Blending Perfumes - Most of my perfumes are floral-based, often just a single flower. And many of them are from Anthropologie or similar stores. They're perfumes that cost less than the department store brands (Dior, etc.) but also don't last as long. Two hours later and I can't smell a lot of them anymore. So I started experimenting with layering on more--also because I seem to have collected more perfume than I can wear. I've combined Vanilla (which is something I never wore, I just liked the smell of it) and Rose, Rose and Honeysuckle, Rose and Violet, and so forth. The perfume still doesn't seem to last any longer than when I use just one, but it's fun to blend them and it creates some new scents without going out and buying more. 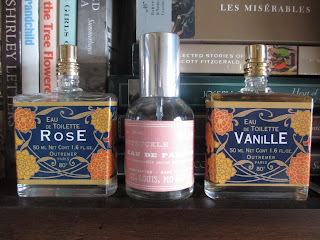 8) Kylo Ren Figure - Kylo is unmasked! And reunited with his beloved grandfather. Now I just need to get Rey. 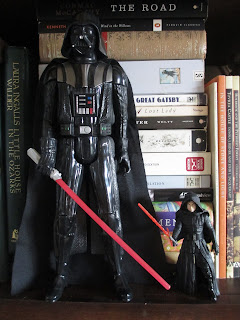 9) Witch Hazel as After-Shave - Not a new product, just a new use for it: I've been using this witch hazel toner for years now (it's the best thing for your face, it's natural, it's inexpensive given how long it lasts and compared to other products, and it smells nice--they make other scents, too, and a plain one that's alcohol-based for men). Anyway, on recommendation I've also stared using it after shaving, and I think it does help with keeping your skin from getting irritated. The bottle actually doesn't say anything about using it specifically for your face, anyway; it just says it's for your skin. Side note: I think the packaging design has changed since I last bought any. 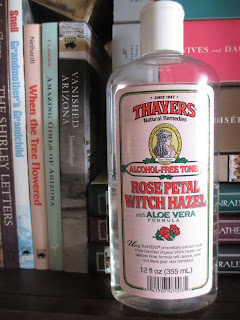 10) Star Wars Rebels - This show started out good but it's has some great moments. The Season 2 finale last night was deep and dark and amazing. Definitely more than just something to tide you over in between movies; it's great on its own, too.
Posted by Deanna Skaggs at 4:09 PM